How much is Brian Shaw worth?

Who Is Brian Shaw

Brian Shaw is an American professional strongman competitor. His distinguished career started off in the early 2000s during his twenties and, since then, he has won multiple awards and achievements. He has won the “World’s Strongest Man” competition on four different occasions in 2011, 2013, 2015, and 2016. In 2011 and 2015, he also made history as the first man to ever win both the World’s Strongest Man and Arnold Strongman Classic contests in one year.

How did Brian Shaw earn his net worth?

In addition to competing in and winning multiple competitors, the sportsman became rich from his numerous appearances on television. In 2005, his career officially began. The first contest that he entered at that time was the Denver Strongest Man event, in which he ended with no formal training. Seven months later, in June 2006, his success continued and he joined the professional ranks, thanks to which he began earning more than $3.500.

His first appearance on the World’s Strongest Man competition was in 2008, in which he qualified but couldn’t reach the top 10. The following year, 2009, marked Brain’s breakthrough in the strongman sport as he won a number of elite competitions such as the “Los Angeles Grand Prix”, and “Gothenburg Grand Prix” to name a few. He also became the 2009 Overall Champion and earned more than $20.000 alone in that year. In the next few years, by taking part in and also winning many strongman contests, his net worth continued to rise and as of now, it exceeds $1 million.

Brian became famous after his incredible performances at the Strongman Super Series in 2009. He was born on February 26, 1982, in Fort Lupton, Colorado. Both of the strongman’s parents were taller than the average – his father was 1.85m and his mother – 1.80m. Besides them, he also has a few uncles that are of an exceptional stature. During his time in Fort Lupton High School, he played various sports, especially basketball.

He excelled in that sport and attended the Otero Junior College for some time. Eventually, he got a basketball scholarship at the Black Hill State University, from which he received a degree in wellness management. Around the same time he was playing basketball, Shaw developed an interest in weights. During the early 2000s, in his twenties, he began taking part in a couple of amateur strongman competitions while training to become a professional.

The success of Brian Shaw comes from his truly breathtaking results in the World’s Strongest Man competitions. After being third in the 2009 completion and second in 2010, the athlete won his first World’s Strongest Man competition in 2011. That year he also won the Arnold Strongman Classic, making him the first man to achieve this, an accolade that he repeated in 2015. Apart from winning these series on three different occasions, since 2009, he also won the “All-American Strongman Challenge”, “Giants Live”, “Jon Pall Sigmarsson Classic”, and “Strongman Super Series”

Ever since his rise to prominence in the early 2010s, Shaw has taken part in many documentaries, television series, and talk shows that helped him earn an additional income. He first appeared on the “The World’s Strongest Man” show in 1998 and has been one of the regular athletes on the show since 2007. Since 2014, he has also taken part in television series such as “Whose Line Is It Anyway?”, “Louder with Crowder”, and “Good Morning America”. His most recent roles are in the documentaries “Born Strong” and “Stronger”, where he appears as himself.

Brian Shaw is one of the most strongest men in the world. With a height of 6 ft 8 (203 cm) and weight of 440 lb (200 kg), it’s no wonder that he got the nickname “Gigantic”. Brian began his career shortly after his graduation and almost immediately began practicing. By mid-2006, he was already a professional who was starting to make a name for himself and by 2010, he was already a winner of several contests.

In the last decade, he quickly became one of the most successful strongmen, all thanks to power. He has continuously wowed people with his wins at competitions such as “World’s Strongest Man”, and “Arnold Strongman Classic”, and by the looks of it, he’s just getting started. 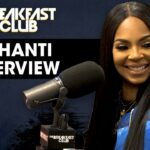 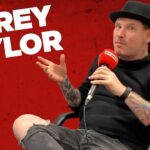