Stars these days are not born from production studios high up in Hollywood Hills. They are everyday people with ideas, drive, and talent, and the sharing economy has given them a platform to shine and share with the rest of us their ideas and thoughts. Of course, a good amount of opportunity and being able to seize on it is necessary, but this group of young people have also shown tenacity and dedication. Here’s a summary of who they are.

Smosh is one of the oldest YouTube channels, and one of the most-watched.

Started in 2005, Smosh has so far been viewed over 9.5 billion times and has over 25 million subscribers.

Started by Anthony Padilla and Ian Hecox, the duo expanded and diversified Smosh into multiple channels like Smosh Games, ElSmosh, Smosh France and Smosh Pit. Padilla left Smosh in 2017 to pursue other interests. In 2019, the company that owned Smosh was bought over by Rhett and Link’s Mythical Entertainment.

One of the earliest YouTube hits from Padilla and Hecox was the Pokemon Theme Music Video released in November of 2005. This early video went on to gain more than 24 million views and became the most viewed video on YouTube at the time.

The duo is estimated to have accumulated a personal combined fortune of some $9 million as of 2021.

Lilly Singh is a Canadian YouTuber who started her YouTube channel in 2010 under the name “IISuperwomanII”. In 2011, she created a companion channel “SuperwomanVlogs” now Lilly Singh Vlogs where she lets viewers into her daily life.

YouTubing has made Lilly famous and rich. In 2020, she was nominated for a Daytime Emmy Award for Outstanding Interactive Media for a Daytime Program. Other awards include MTV Fandom Awards for Social Superstar of the Year, Streamy Awards for First Person and People’s Choice Awards for Favorite YouTube Star.

YouTubing has also landed Lilly roles and appearances in television and films. She voiced Kensey in The Simpsons. In 2019, she became the host of a late-night talk show called A Little Late with Lilly Singh.

Well, Lilly’s YouTube videos have garnered over 2 billion views and with more film roles on offer, this talented YouTuber may soon be a movie star. As of 2021, Lilly Singh is thought to be worth some $16 million.

Starting with the now defunct Vine, Jake Paul has become a YouTube sensation, having garnered over 20 million subscribers and 6.8 billion views in total for his channel. His music video “It’s Everyday Bro” had over 70 million views just within the first month of its release.

Although hugely popular, Paul has his fair share of controversy, from complaints by neighbors of noise and nuisance to breaching COVID-19 safety measures. Still, this young YouTuber has a bright future as he turns toward professional boxing, aside from his channel.

As of 2021, Jake Paul is estimated to command a personal wealth of some $19 million.

Logan is Jake Paul’s older brother. Logan is also an actor and boxer as well. His Logan Paul Vlogs channel created in 2015 is massively subscribed to with over 22 million subscribers and a total of some 4.8 billion views.

Logan Paul has appeared in television series Law and Order: Special Victims Unit and in Bizzaardvark which Jake had also appeared in as well.

In terms of controversy, Logan has also had his fair share, the most talked-about being the time when he filmed the corpse of a dead man on his trip to Japan and posted it on his channel.

Like Jake, Logan has also recently made his professional boxing debut in 2019. He is estimated to have a personal fortune of some $19 million.

Evan Fong known online as Vanoss Gaming is a Canadian internet personality, video game commentator, and music producer. He posts montage-style videos on YouTube of him and other creators playing various video games. He is also a music producer under the name Rynx,and was the creative director for the video game Dead Realm. He has also voiced for the YouTube Premium series Paranormal Action Squad.

Vanoss Gaming has a subscriber base of some 25 million and a total view of some 12 billion.

Outside of YouTube, Fong plays ice hockey. His content has earned him nominations for a Shorty Award for Tech and Innovation and he is a recognized figure in the sub-culture of video game commentary.

A gamer like PewDiePie, Markiplier’s channel is famous for his playthroughs of indie and horror games, like the Five Nights at Freddy’s series and Amnesia: The Dark Descent. He also plays games that he live-streams while he campaigns and collects donations for various charities. He is known for his commentary style that is excitable, which also involves swearing and yelling.

Mark Edward Fischbach is estimated to have a personal wealth of some $28 million.

Kjellberg is a gamer, comedian, and YouTuber whose channel Let’s Play in which he comments on horror and action video games has achieved an astonishing 107 million subscribers and over 26 billion views in total.

This UK based Swede has the kind of social influence only Oprah can lay claim to in terms of the gaming titles he plays on his channel.

While he appears to have slipped from his number one spot as the most subscribed YouTuber, he will no doubt find other opportunities in media. With a reported net worth of approximately $30 million, slipping to number 2 spot is not a climb-down.

The Dude Perfect’s channel showcases mainly sporting activities and the stunts and tricks which athletes perform in their game. The channel also features the Dude Perfect team engaging in friendly and good-natured sports which is also the channel’s comedic side to it. The channel regularly features professional athletes and celebrities that it has worked with, which contributes to the success of the channel.

In 2011, they launched a free mobile app called Dude Perfect which has a later version Dude Perfect 2. In addition to the apps, they also have a television series called The Dude Perfect Show on CMT, airing first in 2016.

The Dude Perfect has a total subscriber base of some 53 million and total views of some 11.6 billion.

Primarily a gamer, DanTDM is known for his video game commentaries on especially Minecraft. His channel has been listed among top YouTube channels in the UK and has been named by Forbes to be one of the highest-earning YouTube stars, earning some $16 million in one year.

His channel has over 23 million subscribers and 17 billion in total views. In 2016, Middleton released a graphic novel Trayaurus and the Enchanted Crystal which remained on the New York Times Best Seller list for hardcover graphic novels for a total of 11 weeks.

As of January 2020, he has devoted part of his channel to playing random video games, community Discord challenges and reaction videos. Middleton still maintains a Minecraft Hardcore series which makes up a substantial part of his channel.He streams it live on Twitch and posts an edited version on his YouTube Channel.

Ryan Kaji was born only in 2011, and his YouTube channel has over 25 million subscribers. His Huge Eggs Surprise Toys Challenge has so far recorded 2 billion views. The channel showcases Ryan playing with different toys and opening new toys. Ryan’s innocence and childhood antics are what draw views to the channel, although it’s an advertising magnate for toy companies around the world.

This incredibly young YouTuber was listed by Forbes to be the highest-paid YouTuber in 2019, making some $26 million in total.

The channel uploads a new video every day and the toy industry has found a new star to endorse their products. While no doubt his parents are his managers, Ryan Kaji is reported to have a net worth of some $80 million as of 2021. 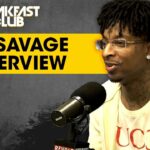 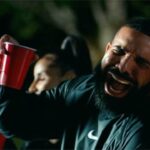