How much is Brendan Schaub worth?

Brendan Schaub initially had ambitions to play professional football. Coming from an athletic family-his father reached the level of second degree black belt in Tae Kwon Do- Brendan excelled in lacrosse and football while in high school. Born in Aurora, Colorado in 1983, Schaub found success as a walk-on in both lacrosse and football at Whittier College in southern California.

After two years, Schaub decided to transfer closer to home, entering the University of Colorado as a redshirt in his junior year. He played running back for the Buffaloes and appeared in 24 games over two years. A short stint in the Arena Football League for the Utah Blaze seemed a glimmer of hope for Schaub’s career prospects. But after being cut twice in two years, Schaub understood the writing on the wall and decided to end his hopes of a football career. Now all he had to do was figure out what was next in his life and career.

American podcast host, former professional mixed martial artist, and stand-up comedian Brendan Schaub has an estimated net worth of $3 million dollars, as of 2023. Schaub is the host of The Fighter and the Kid podcast.

As luck would have it, Schaub found an opportunity in the burgeoning sport of mixed martial arts, or “MMA.” Upon returning home in 2007 from his “close but no cigar” attempt at a football career, he began training in boxing and jiu-jitsu. His athletic bloodline and ability might not be wasted after all. At this point, he began competing in amateur boxing, and within months he had progressed to the point of qualifying for the entry division of the Colorado Golden Gloves Competition, where he won the title in the heavyweight division. Quickly, it seemed as though Schaub had found yet another opportunity to demonstrate his athletic skills and forge the path of a boxing career.

While competing as a boxer, Brendan trained with Ultimate Fighting Championship(UFC) contender Shane Carwin. After a bit of prodding by Carwin, Schaub decided to change gears and switch from traditional boxing to the mixed martial arts arena. Having grown up learning martial arts, and gaining experience in football and boxing, Schaub took like a duck to water in a sport that coincidentally was coming of age in its own right when Schaub entered the fray.

After fighting four times in Colorado, winning all four fights, Schaub took his talent to compete in the UFC sanctioned “The Ultimate Fighter” reality show. Brendan won his first three fights to reach the finals, where he was knocked out in the first round of the title fight by Roy Nelson. Undeterred after the loss, “Big Brown”, as he was nicknamed, would go on to win his next four matches, proving to himself and UFC fans that he had indeed earned the right to compete at the highest level of MMA.

Typically, fighters in the UFC earn a base pay of $10.000 per fight, sometimes with an added bonus for the victor. During the course of his career, which spanned 15 fights, Schaub’s disclosed earnings topped $220,000, which is above the average for standard base pay. His career lasted six and a half years, culminating in two final losses, the last being to Travis Browne in December of 2014. In the wake of this loss, during an interview just days later with UFC commentator and podcaster Joe Rogan, it was suggested by Rogan and comedian Bryan Callen that Schaub should retire from fighting and go into comedy. Upon reflection, Schaub would officially retire in October of 2015, announcing his decision while a guest on Rogan’s “Joe Rogan Experience” podcast.

Schaub had made a name for himself in UFC fighting. He had pushed his skills to the limit and competed with the best in the ring. Now it was time to set his sights on a new challenge.

In 2013, Schaub paired with the aforementioned Callen on a podcast called “The Fighter and the Kid.” The weekly podcast was produced until 2016 by FOX network, and due to financial differences Schaub and Callen dissolved their relationship with FOX and began producing the show on their own. Eventually, the duo branched out into the standup comedy realm, fusing the live podcast with their stage act. The podcast continues in the present day, and boasts subscriptions of over 500.000 on Youtube.

In late 2016, Schaub unveiled his own podcast, separate from Callen, and called it “Big Brown Breakdown.” This solo effort concentrated on mixed martial arts and other combat sports. Just over a year later, in February 2018, Schaub entered into a partnership with Showtime to rename the podcast “Below the Belt.” The deal with Showtime was extended to a web broadcast, in addition to the Showtime streaming platform. Also in 2018, Schaub partnered with Theo Von to start yet another podcast titled “King and the Sting.”

Brendan Schaub has found some level of success throughout his young life regardless of venue. From his martial arts training(insert Karate Kid joke here!), to nearly achieving a career in pro football, to boxing and coming full circle with his UFC career, Schaub is a living example of adapting one’s skills across the entire landscape of fields and job sectors. With his boxing and podcast experience, he was able to build networks as a means to shining light on his brand. It takes quite a unique individual to be able to move into completely different facets of show business while maintaining a high standard of performance.

The discipline Schaub has demonstrated no doubt stems from his childhood introduction to the martial arts. But he’s shown the uncanny ability to use that discipline during all the twists and turns in his career. Most people would be perfectly happy to have even one of the professions Brendan has enjoyed. At just 36, Schaub continues to exceed expectations and seek new challenges as often as some of us change our socks! 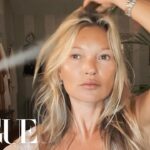