How much is Bob Saget worth?

When you think about the assets you own, what tends to come to mind? Perhaps you first think of your home, your car, or your phone; however, do you consider your television an asset? Although you may not consider your T.V as an asset, the American Television Industry does…

In 2016, the American Television Industry was responsible for 2900 broadcasting and cable programming establishments that combined generate an annual revenue of at least $120 billion dollars. This revenue is directly connected to the 95.2% of U.S households who owned televisions in 2016; however, to generate this income television networks need to produce and air interesting content, enter Bob Saget.

Who Is Bob Saget

Bob Saget, the beloved American stand-up comedian, actor, and television host plays a part in creating this content. Most notably, Saget is known for his role as Danny Tanner on the ABC sitcom Full House and the Netflix Sequel Fuller House. Additionally, he served as the host of Americas Funniest Home Videos and provided voice over work for the CBS sitcom How I Met Your Mother.

How Did Bob Saget Get So Rich?

Although Saget was landing small performances and appearances here and there, he truly began acquiring wealth once he started working on Full House. The show began in 1987 and ran until 1995. During those eight years, a total of 192 episodes were aired and it consistently remained in the Nielsen Top 30 beginning in 1988. The popularity that Saget gained from Full House lead him to multiple additional opportunities. In 1989 he began working with Americas Funniest Home Videos and began developing his comedy career. In 2007 he worked on the popular TV show How I Met Your Mother and he also guest starred on two episodes of Grandfathered. Finally, the popularity of Full House circled back in 2016 when Netflix announced the production of a sequel. From 2016 to 2020 Saget worked on Fuller House. Since the beginning of his career and the popularity he gained from Full House Saget has acquired a net worth of approximately $50 million dollars.

Bob Saget was born on May 17, 1956 to a middle-class family. His father was a grocery store executive and his mother was a healthcare administrator in the Philadelphia area. From a young age, Saget knew he wanted to be a doctor; however, his High School English Teacher encouraged him to consider more creative outlets. After attending Temple University’s film school, Saget began creating his own films which started earning him recognition and awards. In 1987, he was offered a short shift as a member of the CBS The Morning Program. His time on the Morning Program opened the door to his career as Danny Tanner on Full House. Full House was ranked in the Top 30 of TV shows beginning with Season Three. In 1989 he began working as the host of America’s Funniest Home Videos and began working on his own creative work as a TV and Movie director.

What Makes Saget So Successful?

While some may believe that Saget is successful because he landed one good acting job on Full House, this really isn’t true. Saget has reached his success through diverse roles throughout his career. At one time, he was serving as a guest star on multiple TV shows and broadcasts, but then he landed his incredibly successful role on Full House. After Full House he went on to direct multiple movies and guest starred on popular TV series’. He uniquely began a comedic career and received a Grammy for his stand-up comedy skit. As of 2021, he was starring in the hit Netflix show Fuller House and he continues to produce new work each year. Saget’s hard work and dedication to apply his creativity to everything he produces is what catapults him towards success. His ability to breathe life into likeable characters has been captivating audiences for over 30 years.

Bob Saget was born into a middle-class family in Philadelphia, Pennsylvania. Growing up, he aspired to be a Doctor but soon realized his creativity was bettered suited for artistic work. Eventually, he was cast to play the role of Danny Tanner on the popular sitcom Full House which opened the door to his hosting, comedic, and producing career. Saget’s ability to recognize his creative strengths and apply them to everything he does is what lead him to acquire a net worth of over $100 Million Dollars. The TV and movie industry are a big part of our culture and provides talented people like Bob Saget the ability to captivate audiences all while building a fortune. 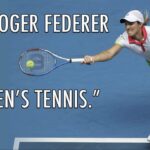 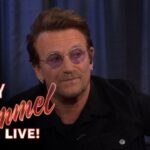