How much is Billy Ray Cyrus worth?

Before Miley, Billy Ray Cyrus was the country crooner who made his mark in the ’90s. The multi-platinum country singer achieved fame from his catchy line-dancing anthem, “Achy Breaky Heart”. After becoming some what of a one-hit wonder his fame increased as his daughter, Miley Cyrus, first became famous on Disney, and later, became one of the most successful solo pop rock artists. In 2019, with the release of “Old Town Road”, he has seen a resurgence of fame and recognition.

American country singer and actor Billy Ray Cyrus has an estimated net worth of $15 million dollars, as of 2022. His hit single “Achy Breaky Heart” topped the U.S. Hot Country Songs chart and became the bestselling single in Australia in 1992.

Billy Ray was born in a small town in Kentucky, to a politician father. He grew up with gospel music and while he was musical he was even more in to sports at the time. He earned a scholarship to Georgetown College through his baseball performances. However “I didn’t move that guitar,” he has said, and soon he began making headway in a country music career.

He formed the band Sly Dog with his brother, and together they saw some small success from their music. After the club that they gigged at burned to the ground, Cyrus made his way to California in the hopes of a successful solo career. He was met with little success in Los Angeles, and without any label willing to sign him, he eventually was forced to move back to Kentucky. Undeterred he struck out again, this time relocating to Nashville to try and break through with his brand of country music.

After performing gigs and submitting demo tapes, Cyrus was eventually signed by Mercury Records in 1990. In 1992, his debut album Some Gave All was met with immediate success following the single “Achy Breaky Heart”. The single was such a hit that it led to a national outbreak of line-dancing mania. The album was 17 weeks at the top of the charts and remained in the Top 10 for 43 consecutive weeks. While the album and single was a major success, Cyrus was not able to release subsequent albums or singles to match it.

Fortunately for Cyrus, he became one of the most talked about people in American country music for more than just his songs. He was also considered to be something of a hunk, which helped him in his music career and also when he transitioned into acting. He began to appear in small roles on television and in movies. In 2006, he joined his daughter Miley on the cast of Disney’s Hannah Montana as a fictionalized version of himself. Then in 2011, he was cast in the lead role in a PAX TV medical drama, Doc. Cyrus eventually parted with his mullet and grew out a beard.

His image to the American public evolved and he stayed on the show until the series’ completion in 2011. Cyrus used his new found popularity to become part of other projects, including signing with Disney to release Home at Last in 2007. He also appeared for eight weeks on the dance competition Dancing with the Stars. As well as made it to bigger movie productions, including appearing alongside Jackie Chan in the babysitting comedy The Spy Next Door (2010).

While the Cyrus family had managed to hold it together well, even despite ever increasing global fame, eventually in October 2010 trouble had reached a breaking point. Billy Ray filed for divorce after a full 17 years of marriage to Tish, however it was later called off six months after.

While Cyrus may not have been able to thoroughly shake off his one-hit wonder status, his fame increased substantially with his involvement with the viral hit “Old Town Road”.

Today the lesser known Cyrus, compared to his megastar daughter Miley Cyrus, Billy Ray was one of the most talked about American country stars with the release of “Achy Breaky Heart” in 1992. However, while the single was a monumental success, along with the album Some Gave All which went 9x Platinum, he was not able to repeat it. In fact, after 1994’s Storm in the Heartland reached Gold certification none of his albums reached that level of success again. Still, when factoring in all of his releases, with his acting work and other work in the entertainment business, it is estimated that he has earned total career income of $34 million dollars.

Of that amount, $1-3 million is expected to have been paid in business related costs. The remainder, $32 million, will have been taxed at a rate of around 48% as Billy Ray Cyrus has been residing in the state of California over his career that started in 1989. After tax, it is estimated that his career earnings are at around $16.64 million dollars, having paid $15.36 million dollars in taxes.

Before Billy Ray was famous, he married Cindy Smith in 1986 but they divorced five years later, 1991, a year before he would shoot into stardom. Two years later, in 1993, he married Tish Cyrus and they remained together for twenty-eight years, eventually divorcing in 2021. As the couple have been residing in the state of California, usually an equal division of assets derived within the marriage is expected. However Tish has asked the court for an equitable division and distribution of assets.

After deducting out expenditure of an estimated $3-5 million, but adding in $1-2 million in assets not including investment assets, and adding in investment returns of around $4-6 million; around $4-5 million may be the amount paid to Tish. Therefore, it is estimated that Billy Ray Cyrus has a net worth of around $15 million.

Billy Ray Cyrus is a prolific country artist. However since his first hit single “Achy Breaky Heart” and album Some Gave All was such a major success, he hasn’t been able to repeat it. Nevertheless, he has continued to reinvent himself in the entertainment business, releasing new studio albums and collaborated with the likes of new upcoming artists, such as Lil Nas X. The remix of the rappers “Old Town Road”, spent a record-breaking nineteen consecutive weeks at number 1 on Billboard’s Hot 100. 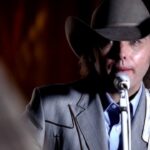 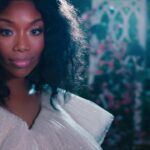