How much is Ben Affleck worth?

Ben Affleck is a well established Actor, writer, director, and has gone on to win numerous major awards for his writing and directing. He rose to fame in the 1990s alongside Matt Damon and has continued to be as prolific and bankable in 2020, as he was in the late 90s.

How did Ben Affleck get so rich?

For all of his well crafted and expertly shot crime movies he has written and directed, it is being an in-demand movie star that has made Affleck his wealth. Though it was unsuccessful at the box office, The Accountant granted Affleck his biggest salary to date with $14 million. He consistently earns a steady $10 million per movie, and he was able to demand this for the bigger studio movies as early as the year 2000, when he took home $10 million for the movie Bounce. 2003 was one of his most successful years, as he starred in three films in which he took home between $11.5-15 million per film, and that doesn’t even include the percentage of box office gross he would earn for Daredevil.

Affleck’s biggest payday from a single movie shouldn’t come as any surprise. Ben Affleck starred as Batman, and though he played the caped crusader for a shorter amount of time than any other actors, he still featured in more movies as batman than almost any other actor too (he is tied at three with Christian Bale.) Unfortunately, Affleck never got to don the outfit for his own adventure, as he plays Batman in a Superman movie, The Suicide Squad, and The Justice League respectively. However, that might not be much of a hindrance for the actor as he still made a whopping $43 million for appearing in Superman v Batman: Dawn of Justice.

In Hollywood, it doesn’t always work out the way you might think. Affleck was contracted to film a solo Batman movie, though it was reported that Affleck and the studio both had different ideas about which direction the movie should go in. At one point Affleck was even assigned to direct the movie, and given his track record for directing, including winning an Academy Award for his work on Argo, and his favorite genre to direct being crime, it would have likely been a great Batman movie. Despite this, he still made millions for his short stint playing the world’s greatest detective.

On top of his multi-million dollar movie salaries, there is another way Affleck has made a lot of money, though it may be more on the unorthodox side. He is a master poker player and regularly enters major poker championships, often taking home more than he entered with. He was even kicked out of a casino in Las Vegas for winning too much and was suspected of counting cards.

“Batfleck” as Ben Affleck has been known in some circles since his Batman movies, first saw success playing Fred in Dazed & Confused. A movie with a multi-strand narrative featuring a fistful of up and comers that seemed to be thrust on to stardom after Dazed & Confused’s release.

It was in 1997 when people started to really pay attention to the actor, as that year saw the release of three movies all starring Affleck. One of those films was Chasing Amy, in which Affleck starred alongside My Name Is Earl lead, Jason Lee. The movie became incredible successful despite its low budget, and unlike films today where their first week in theaters is the most successful week, Chasing Amy’s box office numbers grew week on week and was really a success through word of mouth. Much unlike director Kevin Smith’s previous movies, Chasing Amy was a critical success and was even raved about by movie guru Roger Ebert.

Another movie release substantial to the progression of Affleck’s career was Good Will Hunting, a movie he co-wrote and starred in with his friend, Matt Damon. It was yet another critical darling, one that went on to win the fresh faced writing duo an Academy Award for best original screenplay.

Affleck would go on to be one of the decade’s biggest actors, demanding massive salaries, and being the star of huge blockbusters such as Pearl Harbour, Armageddon, and The Sum Of All Fears, as well as remaining an indie-movie romancer in Dogma, Shakespeare In Love, and Clerks II.

It seems hard for Ben Affleck to say no and sometimes his star power doesn’t always work. He has had almost just as many flops as he has hits. But this seems like a well concocted plan on Affleck’s behalf. It always seems like Affleck hedges his bets by starring in completely opposite movies at the same time, whether the difference is budgetary, genre-wise, or who he’s working with.

Despite playing Batman, in the 1990s he was figuratively the indie-movie boy wonder as he’d star in anything Kevin Smith would make and collaborate on a lot of movies produced by Miramax, a lauded independent film company. For several years, he kept working on independent movies, not forgetting where he cut his teeth. And he still has a great working relationship with Kevin Smith.

Ben Affleck is one of the few Hollywood heavyweights who has won an Oscar for two different categories for two completely separate movies. He has been in the industry for so long, paying attention to every detail of every crew member’s job, and eventually learning by doing. He has become an expert in three different crafts – acting, writing, and directing – which is a big reason why he has accrued a net worth estimated we calculate to be as high as $155 million. 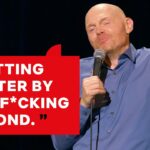