How much is Zion Williamson worth?

Zion Williamson is a professional basketball player. At 6’6″, 284 lbs, he is regarded as one of the most powerful and dynamic young players in the NBA.

How Did Zion Williamson Get So Rich?

After being taken in the NBA Draft by the New Orleans Pelicans, Williamson’s finances increased substantially. The rookie signed a deal with his new team to make around $20 million over two years. Then, the endorsements came. Gatorade, NBA 2K, and Mountain Dew were some of the top companies that inked his signature. His biggest? Williamson signed a five-year, $75 million contract with Jordan Brand.

This new-found wealth gave Williamson the ability to make several expensive purchases typical of a young professional athlete. Lavish familial homes, cars, and trips became the norm. What was not normal, however, was the $100 million lawsuit from his former marketing agent.

When Williamson chose to sign with Creative Arts Agency in May of his draft year, he essentially broke a previous contract signed with Gina Ford. In order to separate from Ford and Prime Sports Marketing, Zion sued the agency and argued his contract was null. Ford then filed a $100 million counter-suit for damages.

While the case at the moment is ongoing, Zion Williamson’s motion to block himself from answering questions favorable to Ford’s case was successful. According to a Florida appeals court, Williamson will not have to respond to questions concerning improper benefits before college.

This win was a step for the young player towards turning the attention back to his activity on the court. In his rookie season, Williamson battled multiple injuries. When he was on the court, though, he was remarkable. He averaged 22.5 PPG in only 27.8 MPG. If he continues to accumulate the numbers shown in his rookie season, the potential superstar will definitely be earning his money.

On June 20, 2019, the world saw the basketball sensation known as Zion Williamson in a new light. The NBA Draft had arrived. Star college athletes were dressed in colorful suits and designer loafers, and the New Orleans Pelicans were perched atop the teams eager to draft them.

For New Orleans, the selection was obvious. Zion Williamson, or his moniker, Zion, had captured the attention of sports and entertainment media with his stand-out freshman season at Duke University. His acrobatic dunks and exuberant presence carried a talented, but young Duke team to the NCAA’s Elite Eight.

But even before he attended college, the small/power forward with the big personality had known fame. Videos showing his powerful athleticism in high school went viral amongst his young fans.

So what new light did a world already familiar with this basketball phenom come to see? Williamson’s selection as the No. 1 overall pick in the 2019 NBA Draft legitimized his skill, giving him the money and the celebrity of a professional basketball player.

What Makes Williamson So Successful?

Talent is not the only thing that brought Zion Williamson to fame. His work ethic is well-regarded, as he has increased his impressive fitness level since entering the league. While he keeps the details of his workout routine a secret, the Pelicans star likes to combine on-court and off-court conditioning activities.

Hard work can make a lot of people successful, including professional athletes. A lot of NBA players put work into building their bodies and growing their skills. But what separates the NBA all-time greats like Magic, Bird, and Jordan from fizzled season starlets? Personality is the answer. Zion follows in the footsteps of those court-legends by imprinting his character into every game he plays and high-five he gives. His marketability translates not only into his wealth of endorsement deals, but the respect of the game he loves.

Zion Williamson has been a basketball phenomenon for much of his young life. His fame jumped to new heights when he became the No. 1 draft pick of the New Orleans Pelicans. Large endorsement contracts enhanced his top NBA rookie deal. Although legal battles and unfortunate injuries strained parts of his rookie season, his future does not seem to be in jeopardy. The marvel that is Zion continues to jump into our minds one dunk at a time. 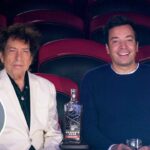 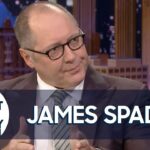