Vincent Van Gogh was born March 30, 1853, in the Netherlands. His father was a minister in the protestant faith. Young Vincent van Gogh chose the path of religion for a short time as well, as he was a student of theology. Success did not come easy for Van Gogh during his lifetime, although he did achieve wide acclaim after his death.

Dutch post-impressionist painter Vincent van Gogh had an inflation-adjusted net worth of just $10 thousand dollars at the time of his death, in 1890. In 1990, Gogh’s Portrait of Dr. Gachet sold for $82.5 million. The combined worth of all his paintings today is over $1B.

Van Gogh in Paris and Arles

Van Gogh moved to Paris in 1886 where he studied the work of the impressionists and took special interest in Japanese prints. He then moved to Provence and then settled in Arles. He was very productive during this period and often finished a canvas per day. Vincent Van Gogh and Gauguin were roommates for some time. This creative and very productive time for Van Gogh was a time when he created most of his masterpieces, such as Starry Night and many of his acclaimed self-portraits. After a final argument with his roommate Paul Gauguin they parted ways. None of his attempts at romantic relationships were successful.

Van Gogh died of a gunshot wound to the stomach, the exact details are not known. Some historians think it was a self-inflicted wound, others are unconvinced. He only sold one painting in his entire life to art dealer, brother, Theo Van Gogh. However, Van Gogh was instrumental in the development of expressionism. 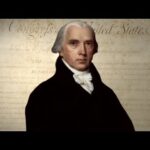 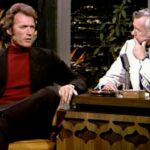