How much is Tori Spelling worth?

Although she’s no stranger to coincidentally nabbing roles in projects produced by her father, legendary producer Aaron Spelling, Tori Spelling has proven she can make it even without the nepotism. Still, she’s best remembered for her decade-long alter ego Donna Martin on her father’s hit teen drama, Beverly Hills, 90210.

Who Is Tori Spelling

Born May 16th, 1973, Tori was (of course) brought up in Beverly Hills, California with her younger brother, Randy. Already living the luxurious Hollywood dream life, young Tori knew early on that she wanted to become an actress and her doting father was quick to put her in a variety of his productions. As a child, Spelling made her television debut in Vega$ and continued to make guest appearances in more of her father’s popular shows like The Love Boat and T.J. Hooker. When she was just 16 years old, Spelling showed just how “Hollywood” she was when she got a nose job—a fix-up that came just in time for an audition for Beverly Hills, 90210 the following year.

Spelling was cast alongside fresh faces like Luke Perry, Shannen Doherty and Jason Priestley on the show, which premiered on FOX in 1990. The instant popularity of the primetime drama quickly turned all of its beautiful stars into teen idols—but Tori was left behind in one department. With daddy playing producer, Spelling’s character notoriously remained a virgin for seven long seasons.

In 2019, after more than 20 years since the original series had ended, the actress was offered to reprise her role of Donna Martin in the spin-off BH90210 from 2019. She released her autobiography, “Stori Telling”, which debuted at the top of the New York Times’ Best Seller list and she went on to release five more books in the late 2000s.

Professional actress Tori Spelling has a net worth of $500 thousand dollars, as of 2021.

Having gained much popularity from the show, Tori pounced on the opportunity to star with Parker Posy and Freddie Prinze Jr. in her first feature film, The House of Yes (1997). Although she continued to appear in big screen hits like the blockbuster horror Scream 2 (1997) and its parody Scary Movie 2 (2001), for the most part, Spelling stuck to made-for-television movies and independent films.

While taking to the stage for a part in the production Maybe Baby, It’s You, Spelling met the play’s co-writer, Charlie Shanian. The pair married in 2004, but their union would be short-lived. In 2005, Spelling met her TV movie co-star Dean McDermott, who was also married (with two kids). Smitten with one another, the two hurried to file divorce papers with their respective spouses and became engaged by the end of the year. They tied the knot in Fiji in 2006 and had three children together.

With their first baby on the way, Spelling and McDermott opened a bed & breakfast and shared their quaint little endeavor with the public in the form of a cleverly titled Oxygen reality show, Tori & Dean: Inn Love. But in 2008 the couple ditched their B&B and renamed their show Tori & Dean: Home Sweet Hollywood. As the seasons and pregnancies progressed, the show gained soaring popularity among Oxygen viewers. In 2011, they revamped their show yet again and gave it a new name, Tori & Dean: sTORIbook Weddings—a reality show in which they moonlit as wedding planners.

Despite wedded bliss, another aspect of her home life was in turmoil. Before her father passed away in June 2006, she became estranged from her family. Her mother, Candy Spelling. claims she abandoned them, meanwhile Tori claims her mother kept her from her sick father. The bad blood only escalated after his death as they family bickered over his fortune. She has continued to have an on-again, off-again relationship with her mother ever since.

With a career built off the late Aaron Spelling legacy, Tori will always be her father’s daughter. Regardless of any self-deprecating roles or reality TV shows, the whole of her success can be summed up without any words at all: 90210

How Did Tori Spelling Get So Rich?

Besides the success of her work in 90210, Tori Spelling performed in many other television series that helped her become rich and successful. While she was part of the popular 90s show, Tori also spend a lot of time in “Saved by the Bell”, where she portrayed the role of Violet Bickerstaff. She also participated in many made-for-television and independent films – “Co-ed Call Girl”, “A Friend to Die for”, “The House of Yes”, and “Trick.

Shortly after 90210 had ended, Tori starred in the VH1 sitcom “So Notorious”. In July 2005, while filming the “Mind Over Murder” movie in Ottawa, Canada, Tori met actor Dean McDermott. At the time they met each other, both Tori and Dean were married to other people, however, they fell in love and soon got married. After the couple got married, they starred in their own television series titled “Tori & Dean: “Home Sweet Hollywood”. The series followed the life of Tori and Dean for over 5 years, starting from their move out of Los Angeles to the birth of their five children. The series was overall successful as it was renewed for six seasons, beginning in March 2007 and ending in January 2012.

While she was appearing on her own television series, Tori also continued to star in other movies and television shows. She also released her own fashion and jewelry line on the HSN (previously Home Shopping Network). A few months later, Tori released her first book, titled “sTori TELLING”. The autobiography was released in March 2008, and in just six months, in September 2008, it climbed to the number one position of the popular New York Times’ best-seller list (in the category for “non-fiction books).

In late 2008, CW announced the premiere of a Beverly Hills, 90210 spin-off called simply “90210”. Just a few months after it premiered, it was reported that Tori was asked to take part in the series and reprise her role of Donna Martin, however, the producers changed their minds and used completely different names instead. That’s the reason why Tori appeared on the show as a guest star in episodes 19 and 20 of the 90210’s first season.

In the 2010s, Spelling also released five more books. The success of Tori and Dean’s own reality show led to the creation of the spin-off series. The spin-off was called “Tori & Dean: sTORIbook Weddings” and it aired from April to December 2011. In 2013, shortly after their first series had ended, Tori and Dean starred in their own docu-series “Tori & Dean: Cabin Fever”. The series had only nine episodes and it wasn’t as successful as their first show. Throughout the late 2010s, Tori Spelling continued to work in many popular shows and series – “Big Brother 13”, “My Little Pony”, “Mystery Girls”, and most recently, “The Masked Singer”.

There is no denying that Tori Spelling is multi-talented. Whether it’s acting, singing, or writing a best-seller, she can do it all. She began acting at the age of six and in just nine years, she began working for one of the most successful teen series from the 90s. Over the past 10 years, Tori continued to succeed, as she not only starred in movies and her own television series, but she also released six books, one of which became a best-seller in just six months time. 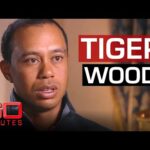