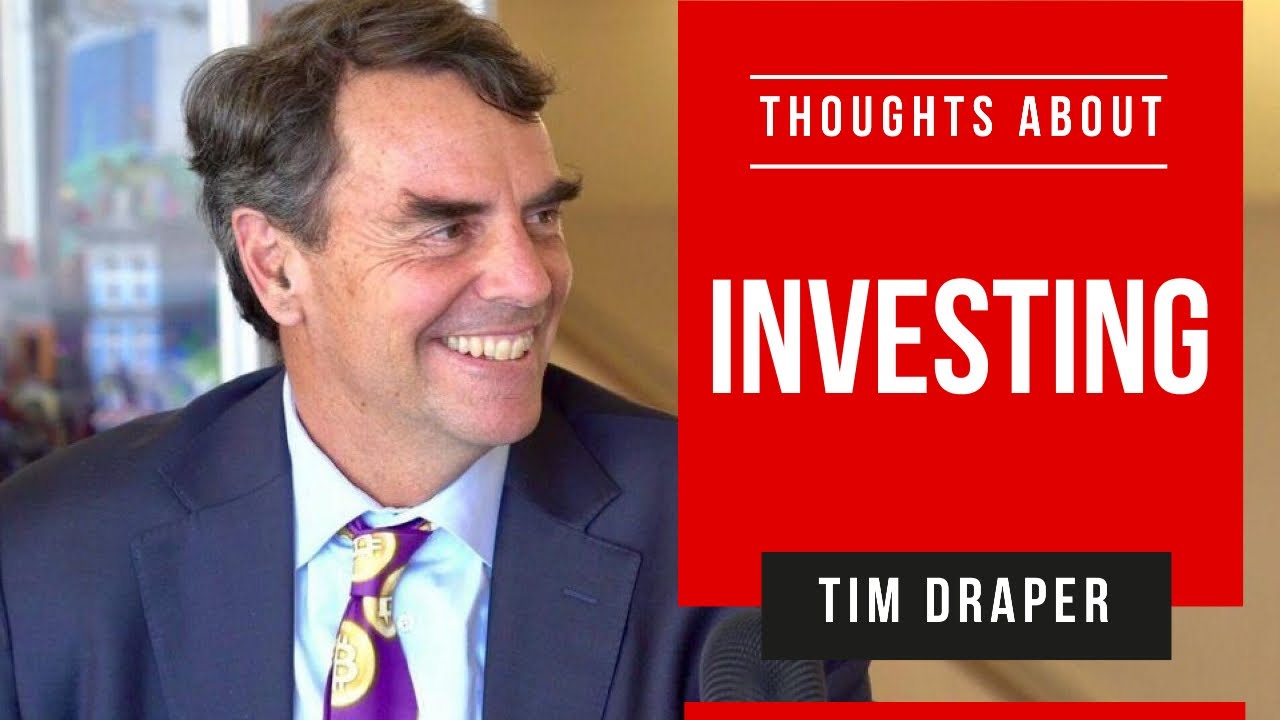 How much is Tim Draper worth?

Who Is Tim Draper

Tim Draper was brought up to spot these kinds of opportunities in the marketplace, his father William Henry Draper III, also being a venture capitalists. In fact Draper’s grandfather was a venture capitalist as well. In 1962 his father William Henry Draper III founded the company Draper & Johnson Investment Company which made similar investment deals, capitalizing in shakes ups in traditional industries. When ever there are changes in the marketplace there can be new opportunities for fast growing investments. For example when the internet came out of nowhere it completely shook up the traditional way of doing things, and companies like Google, Facebook and Amazon have all been grade 1 investments for people in the know.

Tim Draper has a college degree in electrical engineering from Stanford University and also MBA degree from Harvard Business School. Draper has specialized in technology companies, both startups and movers and shakers, as well as had an active role in their operations and marketing. In fact some credit Draper as the inventor of online viral marketing, something that greatly helped Hotmail get off the ground. Hotmail grew from zero to 20,000 users in their first month with the simple footer promotion saying, “Want a free email account? Sign-up for Hotmail today!”. Since then they have grown to over 65 million users and become one of the biggest email providers in internet history.

We calculate Tim Draper has a net worth of at least $1 billion dollars, as of 2021.

How did Tim Draper get so rich?

While Tim Draper has been known to be private about his wealth and assets, fortunately through his many investments over the years his net worth has been shown clear. American venture capital investor Tim Draper is worth at least $1 billion dollars, and probably a lot more. Draper has been at the cutting edge of technology innovation for over 25 years. On June 27, 2014, Draper paid about $19 million dollars to acquire 30,000 bitcoins which had been seized by the US Marshals service and sold at public auction. By December 2017 those same bitcoins would have been worth about $600 million. He has also made smart investments in companies like Skype, DivX, and Baidu, before their shares skyrocketed.

Along with Steve Jurvetson and John Fisher, Draper founded the venture capital, Draper Fisher Jurvetson. They have long focused on companies who release disruptive technologies to the market, like Skype. Before Skype was released making international phone calls was hellishly expensive and this was being capitalized on by the phone companies who owns a monopoly at the time. Tim Draper and his father, William Draper, saw these “internet calls” as a glimpse of the future and invested in the company. Later when eBay bought Skype for $4 billion dollars, Draper and his father owned as much as 10% of the company and made a large profit. This has been their modus operandi for decades, and it has paid off for the family.

Tim is married to his long-term girlfriend Melissa Lee Parker. They have two sons, Billy and Adam. And two daughters, Eleanor and Jesse. Jesse Draper has starred in a few movies and on TV, like the The Valley Girl Show since 2008.

Tim started the educational program called the Draper University of Heroes. Which focuses on developing entrepreneurs in the United States.