How much is T. Harv Eker worth?

Motivational speaker and author T. Harv Eker is especially popular for his book “Secrets of the Millionaire Mind”. He claims that he went from zero to over million in two and a half years.

As of 2023, Eker’s estimated net worth is estimated to be about $3.5 million. Let’s take a closer look at his income sources.

Eker started over ten companies that failed, before hitting his personal gold mine. Being practically broke at that time, T. Harv Eker took a $2,000 credit card loan and started a fitness store. It was a huge success and he eventually built a whole chain of fitness stores, selling it in the late eighties for $1.6 million.

But that wasn’t the end of his journey. He lost most of his net worth due to mismanagement and that’s when he started to self-study of how rich people make and keep their wealth. He came up with a concept of the so called “millionaire mind” which is the cornerstone of his theory.

Eker teaches that you have to stop playing the passive role and the role of the victim. He organizes seminars and even founded the seminar company Peak Potentials Training. Later, Eker sold the firm in 2011 to Adam Markel and Success Resources. He also wrote another book titled “SpeedWealth”. 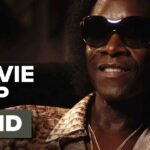 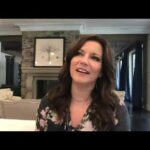