How much is Stephen Chow worth?

Who Is Stephen Chow

Hong Kong filmmaker, actor, producer, political adviser and martial artist. Stephen Chow has a net worth of $35 million dollars, as of 2021. Famously Stephen Chow directed The Mermaid which grossed $553.8 million at the box office, from a budget of $60 million.

One of Hong Kong’s biggest star, Stephen Chow not only stars in films, he writes and produces them. Chow’s “Shaolin Soccer,” a film about an underdog team that uses martial arts magic to rise to victory, is being distributed in the U.S. by Miramax, and he is currently filming “Kung Fu Hustle.”

Chow grew up an avid Bruce Lee fan and a martial arts addict. His career started on TV, where he performed in childrens television shows. He had his first starring role in 1990 in a ‘Chow Yun-Fat’ spoof: “Du sheng” (“All for the Winner”) and has continued to star in action/comedy films, a popular genre known in Hong Kong as “Mo Lei Tau”. 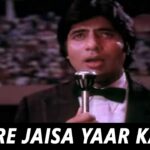 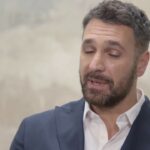