How much is Shervin Pishevar worth?

Who Is Shervin Pishevar

Shervin Pishevar owns stakes at many promising start-ups, especially in IT business. He’s also executive chairman of Hyperloop One which he helped to found. One of his most notable deals is the series B that he led for Uber when he was with Menlo Ventures.

Pishevar is an Iranian-American born in Tehran. He earned his college degree at the University of California Berkeley. Although he originally intended to devote his life to medicine, Pishevar turned his attention towards information technologies and founded several companies. Today, he runs Sherpa Capital, a venture capital fund that invests in many promising start-ups.

How did Shervin Pishevar get so rich?

Pishevar built a shrewd investment style early on which focused on investing in technology start ups, especially companies that shake up traditional industries. Investments in companies like Uber have tremendously increased Pishevar’s net worth. As have investments in Machine Zone, Warby Parker and Tumblr. As a venture capitalist Pishevar often gets involved with the companies he invests in, for example serving as a board observer to Uber from 2011 to 2015. 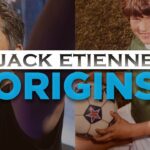