Trainer Phil “P.G.” Johnson died at his home on the morning of August 6, after returning from Saratoga for minor surgery. He had intended to return to Saratoga to continue his Spa win streak, stopped at thirty-six consecutive years.

Johnson started close to home at tracks in Illinois and Michigan, before moving his stable to the east coast.

He spent most of his sixty years in the business in New York state, winning the Saratoga training title once, Aqueduct three times, and Belmont Park four times. But it was at Saratoga where he put himself in the same league as two other legends of the Spa, Fourstardave and jockey Angel Cordero, Jr.

Thirty-six years in a row:

For 36 consecutive years, from 1962 to 2003, he has saddled at least one winner at Saratoga, as well as in 40 of the 41 total years he competed there. It is a truly remarkable training feat never seen before and will likely never be repeated. Among his Saratoga stakes winners are Excellent Tipper, winner of the 1995 Sword Dancer, and Maplejinsky, who won the 1988 Alabama.

P.G. finally gets his due:

After turning him down twice earlier, the National Museum of Racing Hall of Fame in Saratoga Springs finally inducted Johnson in 1997. But he was not done yet. The win streak continued straight through to 2003. But in 2002, his career truly did come full circle. Volponi, a horse he co-owned with his family under the Amherst Stable name, upset the $4 million Breeders’ Cup Classic as the 43-1 longest shot on the board, by 6 1/2 widening lengths, the largest winning margin in Classic history.

A homecoming for Johnson:

It was fitting that he would win the Classic at his native Chicago, at Arlington Park, where he bought and trained his first horse, a colt named Song Master at auction for just $75 and who didn’t win for him for two more years. Accepting the trophy in the Arlington winner’s circle, he was accompanied by his wife Mary Kay and their two daughters. Sadly, 19 months later his wife would pass away, after sixty years of marriage. It was just another two months before he lost his own life.

A memorial service will be scheduled at a later date, as the funeral arrangements are private. Johnson is survived by daughters Kathy and Karen, partners in Amherst Stable, their husbands Don Brockway and Noel Michaels respectively, and granddaughter Emma Brockway. His family requests that donations be made to the Grayson-Jockey Club Equine Research Foundation in lieu of flowers.

Johnson’s first racehorse, Song Master, was purchased at auction for $75. Two years later the horse finally proved himself by winning at Hawthorne Race Course. This win was Johnson’s first in a long career that lasted 60 years.

This Phil “P.G.” Johnson Net Worth profile was originally published on the WealthyGenius.com website. Any posting of copyrighted material is expressly prohibited. 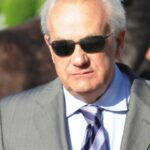 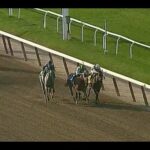