Belgian professional tennis player Kim Clijsters has a net worth of $25 million dollars, as of 2021. Clijsters has been a world No. 1 in both singles and doubles, having held both rankings simultaneously in 2003. She has won a total of six Grand Slam tournament titles, four in singles and two in doubles.

Kim Clijsters has always been recognized as one of the most gifted athletes in tennis, and it’s no wonder, given that both her parents were sports stars in Belgium, her father in soccer and her mother in gymnastics. Her father’s leg strength and her mother’s flexibility are more than obvious watching Kim play, as she covers the court better than almost anyone and makes fans cringe by doing sliding full splits to stretch for the ball–even on hard courts.

Kim could have done well in almost any sport, but at 6, she chose tennis. By 11, she had won the Belgian Junior Championship, and by 14, she had extensive international junior experience. She turned pro in 1997, at age 14, and in 1998 won two ITF singles titles and three ITF doubles titles.

In 1999, Clijsters won her first WTA Tour singles title and made the fourth round at Wimbledon and the third round at the US Open. She won another WTA singles title in 2000, but didn’t do quite as well at the Grand Slams, making only the first and second rounds. 2001 was much better, as Kim won three more WTA singles titles and made the final at Roland Garros, the quarterfinals at the US Open and Wimbledon, and the fourth round at the Australian Open. Kim finished 2001 ranked #5 in the world.

Kim’s Grand Slam results dipped in 2002, with her highest round a semifinal at the Australian Open, but the rest of her year was her best yet, as she won four WTA singles titles and the year-end Tour Championships. She finished the year ranked #4.

Clijsters had a great 2003; she won nine WTA singles titles and made the finals at Roland Garros and the US Open and the semifinals at Wimbledon and the Australian Open. She also won seven doubles titles, including Roland Garros and Wimbledon. She held the #1 ranking for 12 weeks in the late summer and finished the year ranked #2. If Kim had any disappointment in 2003, it was her inconsistent play in her two Grand Slam finals, where her high counts of unforced errors were almost certainly due to nerves.

Kim started 2004 well, making the Australian Open final, but she had to withdraw from most of the rest of the season due to left wrist injuries, and she missed the 2005 Australian Open as well. In the spring and summer of 2005, though, Kim came roaring back, winning nine singles titles and her first major, the US Open. She also made the fourth rounds of Roland Garros and Wimbledon. Kim finished 2005 ranked back at #2.

In 2006, Clijsters collected three more WTA singles titles and made the semifinals of the first three Slams of the year, but injuries to her ankle, hip, and wrist kept her out of several events, including the US Open. Nonetheless, Kim finished 2006 ranked #5.

Clisters started 2007 with a win at Sydney and another semifinal finish at the Australian Open. Then after two more tournaments, she announced her immediate retirement from the Tour. She said she wanted to start a family; she did, marrying Brian Lynch, an American pro basketball player, and in February 2008, giving birth to a daughter, Jada.

More surprising than Kim’s sudden retirement in 2007 was her sudden and quite incredible return in 2009. As Kim worked her way back into match shape, she had two decent runs at WTA events, but by late summer, she hadn’t played enough tournaments to gain a ranking or, of course, to qualify for the US Open. Based on her record from years past, the US Open gave her a wild card, and it turned out to be a historic one, as Kim became the first unranked wildcard ever to win a Grand Slam title. Kim’s US Open win also made her the first mother since Evonne Goolagong in 1980 to win a major title, and little Jada probably made every fan wish for more mother wins, as the TV cameras caught some adorable moments of her seeing herself on the stadium’s big screen and playing with her mom’s trophy after the awards ceremonies.

Kim Clijsters has always been one of the most popular players on the WTA Tour, having an exceptionally sweet disposition to go with her tremendous strength and power.

This Kim Clijsters Net Worth profile originated at WealthyGenius.com 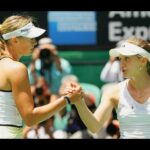 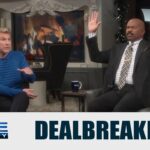