How much is Jennifer Love Hewitt worth?

As Sarah Reeves on FOX’s hit drama Party of Five before getting her scream on in I Know What You Did Last Summer and heading back to TV to become the Ghost Whisperer.

Who Is Jennifer Love Hewitt

Most of us first became acquainted with her as a skinny teen in Party of Five, but Jennifer Love Hewitt has since become a film, television and, at one point, music star known for her bad luck in love and her famous (sometimes infamous) curves.

American actress Jennifer Love Hewitt has a net worth of $20 million dollars, as of 2021.

Jennifer Love Hewitt was born in Waco, Texas in 1979 where she began her quest for the spotlight at a very young age. Her parents divorced when she was six months old and Hewitt and her brother Todd were raised by their mother.

By the age of three she was singing at a local livestock show, and by five she was taking dance classes. After winning a local beauty pageant at age nine, Jennifer, who prefers to go by her middle name, moved to Los Angeles with her mother to pursue a career as a child star. After booking several commercials, her first big break came when she won a recurring role on the Disney Channel variety show Kids Incorporated, which also boasts Fergie as an alumna.

From Tween To Pinup

In 1995, Hewitt made her way into the mainstream when she was cast as Sarah on Party of Five. The popular FOX drama aired until 1999, and helped Love win the female lead in the hit summer scream-fest I Know What You Did Last Summer and its sequel, I Still Know What You Did Last Summer. She also made teen boys drool in the 1999 high-school comedy Can’t Hardly Wait, playing the sexy object of Ethan Embry’s affection.

Her status as a sex symbol was solidified that year, when Maxim readers named Hewitt the number one sexiest woman in the world.

Hewitt also moonlighted as a pop singer. She showed off her pipes when she recorded ‘How Do I Deal’ for the I Still Know soundtrack, but her biggest hit to date has been ‘BareNaked,’ a track she recorded with Meredith Brooks in 2002. She’s been absent from the charts since then, but announced plans to record country material in 2009.

After Party of Five got the axe, Hewitt starred in a number of box office flops, and her career seemed to be flat-lining. Her second big break came in 2005, when she was cast as the lead in CBS’ Ghost Whisperer. The shoe was cancelled in 2010, but another role she took on that year, as a call girl in the Lifetime Original Movie The Client List landed her a Golden Globe nomination for Best Actress in a TV Movie.

Much like Love’s name, her life has been replete with romantic drama. She has been involved in several high-profile relationships with the likes of Carson Daly, John Mayer, Jamie Kennedy and Joey Lawrence, and was engaged to Scottish actor Ross McCall. Her romantic ups and downs led to her first book, a guide to relationships called The Day I Shot Cupid: My Name is Jennifer Love Hewitt and I’m a Love-Aholic. In 2010, shortly after she split from Kennedy, she met actor/director Alex Beh and the two have been an item ever since.

In 2007, another part of her life came under the lens when unflattering pictures of a bikini-clad Hewitt on a recent vacation led to nasty comments from tabloids and bloggers. Hewitt fought back, condemning the national media’s scrutiny of women’s bodies. She ultimately shed her extra pounds, returning to her former svelte figure.

Of course, Hewitt’s greatest cultural impact may have less to do with her work and more to do with some off-color statements she made on Lopez Tonight in January of 2010. She went on the show to promote her book and ended up starting a national “vajazzling” craze. Vajazzling, according to Hewitt, is the art of applying Swarovski crystals to a woman’s “precious lady” so it “looks like a little disco ball down there.” The term quickly became one of the top searches on Google, and salons from Los Angeles to the United Kingdom are now offering the service.

Defining Quote “I would kill someone if they took away my funk food, are you kidding? I would say, ‘Get out of my house, I want my Doritos!’ Eating is my favorite thing to do: anything and everything.” 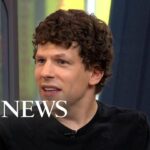 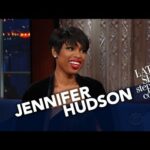