How much is Jason Nash worth?

Jason Nash, an American actor, comedian, and YouTube personality moved to Los Angeles as a young adult with hopes of pursing an acting career. After living in Los Angeles for a few years, Nash acquired his first bit of fame as he built a following of over 2 million people on Vine. His popularity on Vine empowered Nash to begin his YouTube career later in his career.

While living in Los Angeles, Nash trained with Upright Citizens Brigade and began serving as a member of the sketch group Price, Nash, and Bliden. The sketch group successfully developed shows for popular networks such as Fox and NBC and he was chosen to preform at the Aspen Comedy Festival. Although many people look down upon young adults aspiring to become stars by moving to Los Angeles, Nash successfully overcame all judgement and surpassed all expectations.

American actor, comedian, and YouTube personality Jason Nash has an estimated net worth of $800 thousand dollars, as of 2023. Nash is best known for his channel on Vine, he was also a semi-finalist on Last Comic Standing in 2010.

After beginning his writing career with the sketch group Price, Nash, and Bliden Nash was selected to direct and star in his own Comedy Central web series titled Jason Nash Is Married. The show was so successful that a film version was released in 2014. In the wake of the show and films success, Nash created a web series titled How to Be a Man and The Shaman and directed his own screenplay with fellow Vine Stars.

Currently, Nash utilizes his success to gain momentum for his YouTube Channel where he creates and uploads “Vlog” content. The success he has gained from his YouTube Channel enabled him to run his own weekly podcast named Views which is ranked #3 on the iTunes charts. Since 2016, his account has acquired more than 3 million subscribers that tune in to view his comedic content multiple times per week

When Nash left college, he initially had very little money. Eventually, he landed a job and worked as an assistant to Norm Macdo on Saturday Night Live. In 2001, he decided that he wanted to move to Hollywood and upon arriving was cast to star on a sketch for the show Random Play on VH1.

His success as a comedian, writer, director, screenwriter, Vine creator, YouTube creator, and a Podcast creator has led Nash to acquire an estimated net worth of approximately $800 thousand dollars. With just YouTube alone, it is assumed that Nash makes around $3,000 per day from ads that appear on his videos. With just the income generated from YouTube on a daily basis, it is easy to see just how much money Nash has accumulated since moving to Los Angeles.

Nash’s ability to make tough decisions and remain to true to himself at all times is something that makes him unique and likeable. The comedy, Vine, YouTube, and Podcast industry are heavily dependent on the creator’s likeability and ability to relate to their audience. Nash has been able to not only create interesting and consistent content, but he has also been able to captivate his audience and keep them coming back for more.

If he would have listened to others he would still be in Boston or New York working a job that did not satisfy him. Instead, he trusted his instinct and took the chance to achieve the career and lifestyle he truly wanted – and it worked.

The dream of moving to Los Angeles and becoming a famous and wealthy star seems extremely far fetched to most. Although Nash was on track to attend and graduate college, he realized that he truly wanted to live the Los Angeles lifestyle. After landing a role on a TV show, he took a leap of faith and moved to California. Once he moved, there was no looking back.

He has diversified his creative content portfolio as a writer, comedian, creator, and director. His ingenuity and confidence have led him to reach new heights of success and a net worth estimated to be $800 thousand dollars. 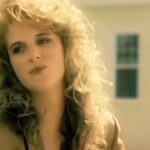 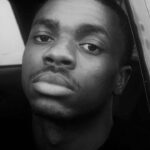