How much is Jack Etienne worth?

Who Is Jack Etienne

How did Etienne become so rich?

Jack holds a Bachelor of Arts degree in Economics from the University of California, Santa Barbara. In the past, he worked as a Major Accounts Account Executive at Xerox. Several years later he gained a respectable position of general manager and vice president of sales at Solomid Corporation.

Today, Etienne is one of the guys who stands behind the success of Cloud9. This organization fields teams in online games like League of Legends, Counter-Strike: Global Offensive, Call of Duty: Infinite Warfare, and others. Under Etienne’s management, their League of Legends team won the League Championship Series in their 1st season. Apparently, Jack was so serious about winning that he and Pauline Etienne, co-founder of Cloud9 reportedly switched off the team’s network so they would get a good night’s sleep for the competition the next day.

Cloud9 is the most valuable professional esports company, valued at $310 million in 2019, owing to its success in a wide variety of games. Cloud9 raised $50 million in Series B funding in October 2018, a part of which will go toward building a 20,000-to-30,000-square-foot training facility and home-base for its operations in Los Angeles, targeted for a grand opening in 2019.

Cloud9 was originally founded in 2012. It is based in Los Angeles, California. In December 2013, Jack Etienne bought it for 10,000 dollars. Since then, Cloud9 has been growing successfully and they have increased their income as well.

Jack Etienne has more than 119 thousand followers on Twitter in 2020. There is no doubt he knows how to run a business around the League of Legends and other gaming stuff. He co-operates with other current Cloud9 managers, Danan Flander, Aisultan Sugurbayev.

Jack is closely watched to see if he can turn Cloud9 into a one billion dollar company. 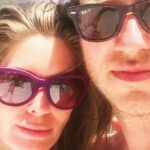