How much is Fergie worth?

It’s no wonder she has such a natural stage presence, as Fergie had been making superstar plans from before high school. Even as a child she would pretend to be a spokesperson for television commercials and this extended into theater, singing and dance.

She was born in Hacienda Heights, California to Jon Patrick Ferguson and Terri (née Gore). She and her siblings are of English, Irish, Mexican, and Scottish ancestry and were raised Roman Catholic and attended Mesa Robles Middle School and Glen A. Wilson High School. In her youth Fergie had so much energy that doctors allegedly advised her mother to put her on Ritalin. Fortunately, she opted to let her expend her energy in dance school instead.

American singer and rapper Fergie has an estimated net worth of $60 million dollars, as of 2023. Fergie has sold 27.5 million albums & singles in the United States alone.

When she was 9 years old, she was cast in voiceover roles in animated Peanuts cartoons, and two years later earned a role on the TV show Kids Incorporated. That is how she came to meet Renee Sands, the two soon after started a band called Wild Orchid. While the supportive influences around her wanted them to become the next pop-styled girl band, Fergie rebelled against that. Despite being a child brainiac; cheerleader, straight-A student, spelling bee champion, and a Girl Scout, she slipped into the underground club scene and soon found herself addicted to crystal meth. She quickly began losing weight and became reclusive, in an attempt to conceal her addiction she told family and friends that she was bulimic.

Cravings for the drug morphed into intense hallucinations and paranoia, convinced the FBI was spying on her she took refuge in a Korean church on Wilshire Boulevard and prayed for help. Things began to ease and the ceremony of sorts marked a turning point for the budding star. She moved back home with her mother, quit cold turkey and dealt with the addiction. Soon after getting her life back on track, she appeared on a radio show which is where she first met Will.i.am of the Black Eyed Peas. He invited her to sing background vocals on the song “Shut Up” for their upcoming album, Elephunk.

Following the recording, she was invited to perform vocals on more of their songs. Will.i.am had planned to help Fergie get her solo music career off the ground but the groups record label urged them to consider Fergie as a permanent member. Together the group and Fergie recorded and released “Where is the Love” which became their first Top 10 single. The group subsequently went on to release the hit songs “Hey Mama”, “My Humps” and “Don’t Phunk with My Heart”, and in 2005, Black Eyed Peas won their first Grammy for “Best Rap Performance by a Duo or Group”. A year later, Fergie released her first solo record, The Dutchess. It quickly went multi-platinum, with chart topping singles including “Glamorous,” Big Girls Don’t Cry,” “London Bridge,” “Clumsy”, and “Fergalicious”.

In 2009 and 2010, after having gone on hiatus, Black Eyed Peas returned with The E.N.D. and The Beginning. These albums were well received, with “I Gotta Feeling,” “Boom Boom Pow,” “The Time (Dirty Bit),” and “Imma Be” becoming some of their biggest hits. In 2010, Fergie also appeared on Kanye West‘s “All of the Lights” and David Guetta and Chris Willis’ “Gettin’ Over You”. She began to involve herself with more solo work, including contributed “A Little Party Never Killed Nobody (All We Got)” to the soundtrack for Leonardo DiCaprio led The Great Gatsby (2013), following it with a series of singles leading up to the release of her second solo album, Double Dutchess, released in 2017.

After struggling to find her feet in the music business, Fergie was on the level of earning $15 million dollars in a single year, which she did in 2012, according to Forbes. Her earnings have come from her involvement with the Black Eyed Peas and her solo releases, as well as from her live performances and the appearances that she has made as herself. In total, she is estimated to have earned $75 million dollars from the music business.

On top of that amount, Fergie has earned from her endorsements. Deals with the likes of Motorola, Candie’s and MAC cosmetics, as well as endorsing Voli Vodka with rapper Pitbull, have earned her another estimated $25-30 million. That amount also includes earnings from her business ventures, for example her own line of handbags and footwear (Fergie Footwear) as well as from her fragrance with Avon, and cosmetic line Wet n Wild. In total, Fergie has earned estimated total career income of $102.5 million dollars.

In 2004, Fergie had appeared with the Black Eyed Peas group on the television series Las Vegas which is where she first met Josh Duhamel. The story goes that Duhamel walked up to Fergie and bluntly told her, “You’re hot!” She has also said that she “read in a magazine that he’d had a naughty dream about me”. In an InStyle magazine interview, he admitted that he used to have a recurring dream about her, allegedly Fergie eventually asked him what it was about. Duhamel’s efforts led to a relationship and they were married in January 2009. However their relationship was marred by unconfirmed allegations that Duhamel cheated on her with a stripper in late 2009. The couple eventually split and divorced amicably in 2019.

Fergie first found chart success as part of the hip hop group the Black Eyed Peas, and later, as a solo artist, with The Dutchess (2006). Her debut album was an incredible success, bringing with it the hit singles “Big Girls Don’t Cry”, “London Bridge” and “Glamorous”, and eventually becoming certified 5× Platinum. She continued to involve herself with Black Eyed Peas releasing albums, The E.N.D. (2009) and The Beginning (2010). Her second solo album, Double Dutchess, was released in 2017 but flopped. However Fergie has earned plenty of money from her live performances, appearances that she has made as herself, as well from her endorsements and a line of handbags and footwear. 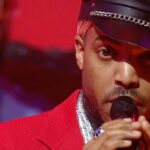 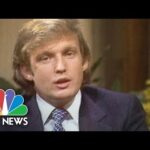