How much is Brie Larson worth?

Who Is Brie Larson

Brie Larson, whose full name is Brianna Sidonie Desaulniers, is an American actress and filmmaker who is noted for her supporting work in comedies during her teen years. Since she began her carer in 1998, Larson has landed many leading roles in film franchises and independent dramas. Her performances earned her many awards including an Academy and Golden Globe Awards. In 2019, she was added in Time magazine’s list of 100 most influential people in the world.

Brie became popular after she appeared in the films “Hoot”, “Scoot Pilgrim versus the World”, “21 Jump Street” and “United States of Tara”. Around the beginning of her acting career, the young actress had a stint music career. In 2005, Larson released her first and only studio album “Finally Out of P.E.”. The actress’ breakthrough came after she starred in the independent drama “Short Term 12”, released in 2013. She also continued to elevate her career in the late 2010s when she appeared in “Kong: Skull Island” and “Avengers: Endgame”, both of which became some of the highest-grossing films in 2017 and 2019, respectively.

American actress Brie Larson has a net worth of $20 million dollars, as of 2021.

How Did Brie Larson Get So Rich?

Starring in various comedies and dramas not only boosted Brie’s popularity but also helped her get rich. Her first major role was portraying Emily in the sitcom “Raising Dad”. She then appeared in other films and sitcoms – “Hope and Faith”, “Right on Track”, “Sleepover” and “13 Going on 30”. At the time she began acting professionally, Brie also became more and more interested in doing music so she began working on different singles. Her music career began in the early 2000s. She auditioned for many musicals at the time, including “Peter Pan”, however, she wasn’t successful in landing a role.

The relentless Larson eventually got a recording deal with Tommy Mottola of the Casablanca Records label, becoming only one of the two artists signed at that time (alongside Lindsay Lohan). She released her debut album titled “Finally Out of P.E”, which she later explained was named after a gym teacher that she didn’t like. Most of the songs in the album were about job opportunities that she missed or failed to qualify for, one of which is “She Said”. The song was featured on the MTV show “Total Request Live” and also appeared in the Billboard Hot Single Sales chart. Shortly after the release of her album, Brie befriended rising pop artist Jesse McCartney.

In 2006, Brie focused on acting and decided to stop pursuing her music career. She took part in various films such as “Hoot” and “Remember the Daze”. After she failed to get roles in the films “Thirteen” and “Juno”, the actress began working as a club DJ to support herself.

Brie Larson’s fame came after her appearance in the drama “Short Term 12”, however, she was still very successful in her young years. She was born on October 1, 1989, in Sacramento, California. She was passionate to join the American Conservatory Theater, where she was accepted and became the youngest student admitted. During her teen years, Brie decided to use her Swedish great-grandmother’s name “Larson” instead of her own because it was too difficult to pronounce.

Brie’s acting career started in 1998 when she was just 11 years old. Her debut was in an episode of “The Tonight Show with Jay Leno” where she performed in a commercial parody for Barbie. Her performance opened a lot of doors and she was soon asked to join different television series such as “Popular” and “Touched by an Angel”. Two years later, in 2000, the young actress was asked to take part in the popular Fox sitcom “Schimmel”, however, the show was canceled shortly after its star Robert Schimmel revealed he’s diagnosed with cancer.

The success of Brie Larson came after she landed roles in some popular movies such as “Community”, “Short Term 12”, “Digging for Fire”, “Room”, and most importantly “Kong: Skull Island”. In the early 2010s, the young actress continued to improve her acting skills by working in different films and television series. Among some of them were “The United States of Tara”, “Tanner Hall”, “House Broken”, and “Just Peck”.

Brie’s career really skyrocketed after her performance in 2012. In that year, besides acting, she also began film-making. She co-wrote and co-directed her first film – “The Arm” which focuses on social expectations in the near feature. She landed roles in two films that had both commercial and critical success – “21 Jump Street” and “Short Term 12”. The first was an adaptation of the 1980s television series and its worldwide earnings were more than $200 million, becoming one of Larson’s most widely seen films at this point.

The first film in which the actress received a leading role was “Short Term 12”. Both the movie and the actress received praise from the media and critics, while Larson also received her first award – Independent Spirit Award in the category Best Female Lead. Her performance in both films offered her a lot more opportunities and soon she received roles in the films “Trainwreck”, “Room”, “Kong: Skull Island”, and most notably “Avengers: Endgame”. The last two established Larson as one of the most promising actresses in Hollywood and really contributed to her acting success.

For her performance in “Room”, Larson won her first prestigious awards – Academy Award, Golden Globe, and BAFTA. By far, Brie’s most successful role is in the movie “Avengers: Endgame”, where she portrayed the role of the world-renowned Captain Marvel. Her character became the first-ever superhero film led by a female to collect more than $1 billion worldwide. The movie itself became the highest-grossing film of all time and thanks to her performance, Larson gained not only wealth but international success.

Brie Larson is the perfect example of a successful Hollywood actress. She began her acting career at a very young age and she quickly took over the world with her charisma and captivating acting skills. Her performance in “Avengers: Endgame” not only ranked her among some of the most influential people in the world but also one of the highest-paid Hollywood actors. 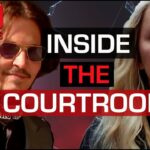 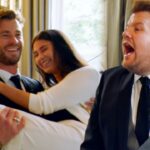