How much is Bobby Lee worth?

Bobby Lee is the stage name of Robert Young Lee Jr. He’s an American actor, (stand-up) comedian, and podcaster that’s best known for being a cast member of “MAD TV”. Before and after the conclusion of the sketch comedy series, he also took part in various films and television series such as “Harold and Kumar”, “Pineapple Express”, and “The Dictator”.

American comedian, actor, and podcaster Bobby Lee has a net worth of $1.5 million dollars, as of 2021. Lee is best known for being a cast member on MADtv from 2001 to 2009. As well as for his roles in the films Harold & Kumar Go to White Castle, Pineapple Express, and The Dictator.

How Did Bobby Lee Get So Rich?

Being an actor and stand-up comedian that has been consistently making people laugh is what made this entertainer so rich. Before he could earn money from his two jobs on televised projects, he worked various jobs at cafes and restaurants. In 1994, one of the coffee shops that he worked in abruptly closed. A few months later, he made his way into a stand-up venue where he performed in one of their amateur nights. In the next two years, he continued to do regular comedy sets and eventually received offers to open for the likes of Carlos Mencia and Pauly Shore.

Towards the end of the century, he began working for “The Comedy Store” based in Los Angeles. The comedy club was opened and is operated by Pauly Shore’s mother Mitzi. Around that time, the sketch comedy series “MAD TV” premiered. During its first run, the show aired on Fox from October 1995 to May 2009; afterward, it was revived in the 2010s on The CW network. Robert, who developed the stage name Bobby Lee, joined the show in its seventh season, which premiered in September 2001. By joining the show, Lee became its first and only Asian cast member. He remained on the show until its conclusion in 2009 and earned more than $1.5 million during these eight years.

Bobby Lee became famous after he joined the cast of “MAD TV”. He was born on September 17, 1971, in San Diego, California. His parents are Korean American, Robert Lee, and Jeanie Lee. Robert has a younger brother named Steve, who’s a musician. They grew up in Poway, California where their family moved in the mid-1970s. He attended three different schools – the Painted Rock Elementary, Twin Peaks Middle, and Poway High Schools. During his time in high school, he was part of the breakdancing team.

When he was eighteen years old, Lee moved out of his parents home and took various jobs in the San Diego area. Concomitantly with working in coffee shops and restaurants, he was attending the Palomar College. He eventually dropped out of the institution before he could receive his higher education. During the early 1990s, Robert occasionally returned to his hometown to help his family. In Escondido and Encinitas, his parents own two clothing store, where he could occasionally be seen. His brother is a musician, that hosts his own “Steebee Weebee” podcast. He has had several appearances on “MAD TV”.

What makes the funny Bobby Lee is his ability to illustrate and portray multiple characters on “MAD TV” among many other shows. In 2002, he made his debut on the big screen with a small role in the comedy “The Underground Comedy Movie”. In the early years of the new millennium, he worked in a wide variety of films – “Harold and Kumar”, “Undoing”, “Kicking It Old School”, “Killer Pad”, and “Pineapple Express”. At the same time, he also appeared as a guest and other characters on many talk shows and television series such as “Curb Your Enthusiasm”, “Mind of Menace”, and “American Dad!”

Apart from his many acting ventures, the stand-up comedian has recently transitioned into becoming a podcaster. In September 2015, he debuted his own podcast called “TigerBelly”. The video podcast is hosted by him and his girlfriend Kayla Kuhn and all episodes are uploaded on their YouTube channel. As of now, their channel on the video-sharing platform has more than 513,000 subscribers and their 315 videos have accumulated over 100 million views.

Bobby Lee is an entertainer that rose to national popularity with his appearances on “MAD TV”. Since the 2000s when he first started acting and do stand-up comedy, he has been consistently working in many televised programs and productions. He has also appeared in several music videos of artists such as Eminem and Taio Cruz and has been hosting his own podcast on YouTube. Thanks to all of his professions, he has earned over $10 million in the past twenty years. 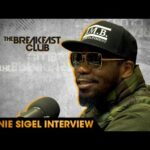 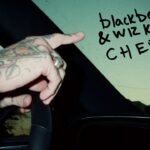