How much is Andy Samberg worth?

Who Is Andy Samberg

Comedian, filmmaker and musician Andy Samberg is best known for being both a cast member on Saturday Night Live and as one-third of the musical comedy group The Lonely Island, the trio responsible for SNL Digital Shorts like “D-ck in a Box,” “I’m on a Boat” and “Lazy Sunday.” Those Grammy and Emmy-nominated songs and videos have made Samberg a star, but it’s the characters that he’s played on the show (including “Kathy” during “Weekend Update”) and his accurate impressions of actors like Mark Wahlberg and Nicolas Cage that demonstrate his chops as a talented comic actor.

American actor, comedian, writer, producer, and musician Andy Samberg has a net worth of $20 million dollars, as of 2021.

Hired as a featured performer at Saturday Night Live in 2005 (his fellow Lonely Island bandmates Taccone and Schaffer were hired on as writers), Andy Samberg caught the attention of audiences in his first year with “Lazy Sunday,” in which he starred with Chris Parnell about two guys trying to go see The Chronicles of Narnia. The video became a viral sensation and Samberg became a star practically overnight. The Digital Shorts became a staple of almost every episode of SNL, and Samberg went on to create several recurring characters, including Shy Ronnie, Mort Mort Feingold and Mark Wahlberg.

Read The Best SNL Digital Shorts In addition to “Lazy Sunday,” Samberg and the Lonely Island are responsible for several other hugely popular Digital Shorts on SNL. Some examples include: 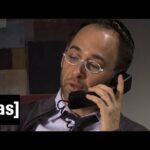 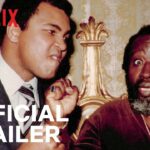