How much is Alyssa Milano worth?

She made a name for herself on Who’s the Boss before stirring the drama pot on Melrose Place and getting crafty in Charmed.

Who Is Alyssa Milano

Alyssa Milano rose to childhood fame when she played Tony Danza’s smart alec daughter on Who’s the Boss?, but this Hollywood beauty has showed her staying power with a career filled with movie gigs and starring roles on some of TV’s biggest shows.

We calculate Alyssa Milano has a net worth of about $10 million dollars, as of 2021.

Much like her Who’s the Boss? character, Alyssa Jayne Milano hails from Brooklyn, New York, but she spent her early childhood just a ferry ride away on Staten Island. Alyssa’s babysitter took her to an audition for a national tour production of Annie when she was seven and the talented youngster nabbed a role out of 1,500 other hopefuls. She spent 18 months on the road with Annie, and appeared in several off-Broadway productions upon her return. Now bitten with the acting bug, the 10-year-old flew to Los Angeles to audition for the role of Samantha Micelli on Who’s the Boss?, and relocated to the West Coast with her family in tow after she won the part.

Alyssa joined Tony Danza for eight seasons of Boss, and quickly became a bankable teen idol with TV movies and big screen roles under her tiny belt. She starred opposite future governor, Arnold Schwarzenegger, in 1985’s Commando, and Christina Applegate and Matthew Perry in NBC’s 1988 high school comedy Dance ‘Til Dawn. In 1989, Milano fulfilled her teen idol duties when she released an album, Look in My Heart. She followed her debut up with three more studio albums and two compilations, but her music career only took off in Japan, and she quit the business in 1992 to focus on acting full time.

In 1998, Alyssa began an eight-year run as the star of another Spelling venture, Charmed. She played Phoebe Halliwell, one of three sisters who practice witchcraft. The show was a huge success, but Alyssa’s struggles with co-star Shannen Doherty led to drama on-set, culminating in Doherty’s departure after three seasons. But Alyssa has kept busy since Charmed went off the air in 2006. She appeared in the NBC comedy My Name is Earl, and kicked off 2011 with a supporting role opposite Owen Wilson and Christina Applegate in Hall Pass.

A longtime Los Angeles Dodgers fan, Alyssa has served as a postseason correspondent for TBS Hot Corner and she regularly blogs for MLB.com. In 2007, she released a line of team apparel for female baseball fans called Touch. Alyssa has also showed her philanthropic heart as founding ambassador for the Global Network for Neglected Tropical Disease Control, a cause to which she has donated $250,000. She also travels the world as a Goodwill Ambassador for UNICEF and she once hosted a photography exhibition for Nkosi’s Haven, an organization that runs care centers for mothers and children with AIDS in South Africa.

Milano is no stranger to high profile relationships. She dated troubled actor, Corey Haim, from 1987 to 1990, and became engaged to Party of Five’s Scott Wolf in 1993. The couple broke it off in 2004, and Milano followed the relationship up with a marriage to Cinjun Tate, the lead singer of Remy Zero. The marriage lasted less than a year and Milano was single again by 2000.

In the early 2000s, Milano rebounded with Charmed co-star Brian Krause and the newly Britney Spears-less Justin Timberlake, before having a string of flings with professional pitchers Carl Pavano, Barry Zito and Brad Penny. But in 2009, she put her penchant for baseball players to bed for good when she married agent David Bugliari. The couple announced they were expecting their first child in February of 2011.

Defining Quote “I don’t think I could be on a reality show. I don’t know, I’d rather quit. If that’s where my career was at, I think I would rather quit the business and become a doctor or something.” 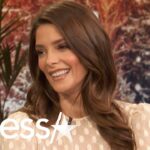 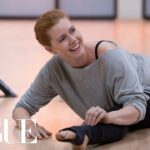