How much is Zooey Deschanel worth?

From Gigantic to (500) Days of Summer, Zooey is just as comfortable in front of the camera as she is behind the mic. She’s also a jazz-inspired singer/songwriter.

Who Is Zooey Deschanel

Porcelain-skinned and blue-eyed, Zooey Deschanel has become the reigning indie queen of Hollywood since her star-making turns in Elf and (500) Days of Summer. But this rapidly rising star has taken her talents beyond the screen to the stage as the lead singer of She & Him.

American actress Zooey Deschanel has a net worth of $25 million dollars, as of 2021.

Zooey Claire Deschanel was born into a Hollywood family in sunny Los Angeles to director/cinematographer Caleb Deschanel and actress Mary Jo Deschanel, a descendant of French royalty. She was named after the title character of J.D. Salinger’s famous book Franny and Zooey, and spent most of her childhood traveling the world to accompany her father while he was filming. She returned to Los Angeles for good when she enrolled in Crossroads prep school to prepare for a career in musical theater, where she met fellow Hollywood teens Jake Gyllenhaal and Kate Hudson along the way.

Deschanel followed in her big sister Emily’s footsteps and began auditioning around town, and soon landed a guest starring role on the short-lived sitcom Veronica’s Closet. She enrolled in Northwestern University after high school, but dropped out after seven months to audition back in Hollywood. She made her film debut in the comedy Mumford, and followed up with a noticeable role in former classmate Hudson’s film Almost Famous.

After Famous, Deschanel made booking powerful indie hits look almost easy. She appeared opposite Joseph Gordon Levitt in Manic and Jennifer Aniston in The Good Girl in scene-stealing sidekick roles, and in 2003 received top billing in All the Real Girls. Deschanel received an Independent Spirit Award nomination for Best Actress for Real Girls, and followed up with a starring role in Will Ferrell‘s blockbuster comedy Elf. Following Elf, Deschanel started working nonstop as one of Hollywood’s most sought after actresses. From A Hitchhiker’s Guide to the Galaxy to Yes Man to (500) Days of Summer, she proved herself as a bankable star to watch. In 2011, she appeared opposite Natalie Portman and James Franco in Your Highness and Paul Rudd in My Idiot Brother.

Though Deschanel decided to ultimately pursue acting over singing after high school, she still managed to find the time to fit in an impressive music career. She soulfully duetted with Will Ferrell on ‘Baby, It’s Cold Outside’ in Elf, and sang with Leon Redbone for the soundtrack. She formed the jazz cabaret act If All the Stars Were Pretty Babies in 2001, and teamed up with M. Ward to record under the moniker She & Him in 2007.

Their debut effort, Volume One, was released in 2008, and Paste magazine quickly named it their Album of the Year. Their 2010 sophomore effort Volume Two led to rave reviews, an international tour and increased hype for the already popular Deschanel. In the October of 2010, Deschanel reached another milestone when she performed ‘God Bless America’ during the Major League Baseball National League Championship series between the Philadelphia Phillies and the San Francisco Giants, and she recently became a spokesperson for Rimmel cosmetics.

Match Made In Indie Heaven

Despite racking up some high-profile relationships, Deschanel has done a great job of keeping her personal life out of the papers. She dated fellow indie star Jason Schwartzman for several years before settling down permanently with Ben Gibbard, lead singer of Death Cab for Cutie and The Postal Service. She is very close with her older sister Emily, and even made an appearance on her hit TV show Bones.

Defining Quote “What if I need to run away? Just take off at any minute? I want to be able to run away and dance at all times.”

Zooey Deschanel was born in 1980 into a showbiz family. Her father is an Academy Award nominated cinematographer and her mother is an actress. She was named after the male protagonist in J.D. Salinger’s novel, Franny and Zooey.

Deschanel’s first television role came when she was 17 years old — a guest-starring role in a TV series called Veronica’s Closet in 1998.

Her first big movie role was a supporting one in Cameron Crowe’s critically acclaimed Almost Famous, released in 2001.

Following several other supporting roles, Deschanel was quickly typecast into a recurring role as the film protagonist’s quirky best friend.

Her first big leading role came with the indie hit (500) Days of Summer in 2009, where she starred as the girl Joseph Gordon Levitt’s character pines for.

Since 2011, Deschanel starred in the FOX sitcom New Girl, for which she won a Teen Choice Award for Best Comedy Actress.

Deschanel is interested in jazz singing and used to attend summer camp at French Woods Festival of the Performing Arts in upstate New York. She sings in some of the movies in which she has starred.

She can also play a variety of instruments including the piano, banjo, and ukulele.

Deschanel married Death Cab for Cutie’s Ben Gibbard in 2009. They divorced in 2011. 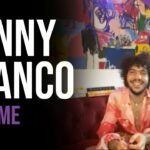 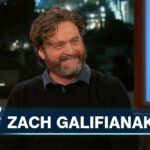