How much is Zoe Snugg worth?

Zoe Elizabeth Sugg is an English vlogger, businesswoman and author. She is also known by her YouTube username, Zoella. In 2014, she launched Zoella Beauty, a beauty products line that was described as the “biggest beauty launch of the year

How did Zoe get so rich?

Zoella is a famous YouTuber who runs the channels Zoella and Zoe Sugg. The Zoella channel has over 11 million subscribers and Zoe Snugg has another 4 million-plus followers as well.

Zoella became rich and famous solely through her YouTube channel and has since leveraged that success to launch Zoella Beauty, a brand of beauty products described as the time as the “biggest beauty launch of the year” in 2014.

Zoella’s beauty products consisting of a beauty and bath line were developed and produced by a Gloucestershire company called ALG Allstars Ltd. Later in 2016, she launched a range of homeware, consisting mainly of infusers which were sold by high street retailers like Boots, WH Smith and House of Frasers.

These two businesses were discontinued in 2020 but had reportedly made annual sales of over £3.8 million.

In 2019, Zoella worked on a limited-edition makeup range with ColourPop Cosmetics, based around fashion and looks of the 70s.  In the same year, she announced the launch of two apps, one for mobile photography and another a mobile editing app for Instagram stories.

In February 2020, she announced the release of The Magpie Society: One for Sorrow, a young adult fiction novel co-authored with Amy McCulloch. The book, set to be released on 29 October 2020 which tells the story of events at an elite boarding school narrated by two girls – Ivy, written by Sugg, and Audrey, written by McCulloch. 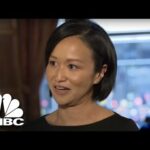 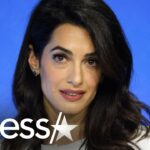