How much is Young Buck worth?

Young Buck is the stage name of David Darnell Brown. He’s an American actor, music executive/producer, rapper, singer, and songwriter. He first started rapping in the 1990s when he was a teenager. For the past nearly thirty years, he has founded his own label and has released multiple studio albums by himself and as part of G-Unit. Besides G-Unit, he’s also a former member of the hip hop group UTP Playas and has starred in multiple television projects.

Buck is in a large amount of debt, reportedly owing $415,892.04 to the IRS, as well as significant sums to the mothers of his six kids children and the Georgia Department of Human Services.

American rapper Young Buck has an estimated net worth of $100 thousand dollars, as of 2023. David Darnell Brown, aka Young Buck, is a a music executive who heads his own record label, Cashville Records, and is a former member of the hip hop groups G-Unit and UTP.

The rapper became famous when he began releasing his own music projects. David was born on March 15, 1971, in Nashville, Tennessee. He began rapping around the age of twelve. He met Brian “Baby” Williams during his teenage years and was eventually signed to his label Cash Money. He dropped out of high school in the late 1980s to further pursue his rapping career. After spending a couple of years working as a songwriter and producer, he left Cash Money in 2000 and signed with UTP, where he stayed for three years.

In the early years of the new millennium, the rapper developed the stage name, Young Buck. One of his very first appearances on a song was in the single “Memphis”, which also includes Project Pat, Three 6 Mafia, and many other southern rappers. Thanks to his deal with the UTP record label, he was able to meet 50 Cent, a New York rapper that was one of the most successful hip hop stars of the decade.

The main reason why Young Buck is so rich is his association with the likes of 50 Cent, The Game, and his participation in the hip hop group G-Unit. In 2002, while he was still part of UTP Records, he released his very first studio album Born to Be a Thug. The independent album caught the attention of 50 Cent, who immediately decided to sign him to his record label G-Unit Records, which is under the giant Interscope.

In 2004, Buck was already earning from his association with 50 Cent and the G Unit hip hop group. In August 2004, he released his first major-label album called Straight Outta Nashville. The album was a commercial and critical success that entered multiple charts around the world. It did relatively well in Australia, Canada, France, The Netherlands, and the United Kingdom.

What makes the music executive so successful is not only his studio projects but also his record label. One of the reasons why he’s so well-received is because of his versatility and uniqueness. Ever since the 2000s, he has collaborated with hundreds of artists for both singles, mixtapes, and albums. Among some of his most commercially acclaimed collaborative projects are the albums Beg for Mercy and Get Rich or Die Trying as part of the successful group G-Unit.

Throughout the past twenty years, Young Buck has also created many global hits such as “Let Me In” featuring 50 Cent, “Shorty Wanna Ride”, “I Know You Want Me” featuring Jazze Pha, and “Get Buck”. At the very peak of his career, in early 2005, he founded his own record label titled CA$HVILLE Records .

He has released several music projects under the label, with his most successful being his sophomore studio album Buck the World. Around the same time, he also became an actor that starred in several films and television series. His acting debut came in the pornographic video documentary Groupie Love. Since then, his most notable appearances on screen were in Wild and Out, Sonicsgate, and No Warning.

Young Buck is a rapper that rose to national popularity when he joined Cash Money. In the early 2000s, he became the protege of 50 Cent who not only joined his record label but also partook in his very successful hip hop group G-Unit. For the past two decades, the Nashville-born rapper has founded his own record label and has created multiple gold and platinum-certified hits and studio albums. Also, most recently he became a full-time actor and record producer, from which he’s able to earn and maintain an estimated net worth of about $100,00. 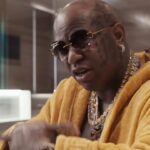 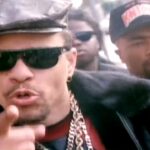