How much is Doublelift worth?

Who Is Yiliang Peng

Yiliang “Peter” Peng, better known by his in-game name Doublelift, is an American professional League of Legends player who is the AD carry for Team SoloMid. He previously played for Counter Logic Gaming and Team Liquid

Yiliang Peng was born on July 19th, 1993, in Mission Viejo, California. His passion for video games began with the Star Fox and Golden Eye by Nintendo. Later, he played StarCraft and Diablo 1 on his brother’s computer which he later inherited. After playing WoW, Dota, and HoN, he eventually moved to Legue of Legends.

He currently works as a streamer in the team. As of 2021, Doublelift’s net worth is approximately $2 million. Let’s take a closer look at his career and how he earns his money through “professional gaming”.

How did Doublelift get rich?

In October 2015, he shocked his fans and joined Team SoloMid. On his first day there, Doublelift’s stream peaked at 105 thousand viewers. Despite the fact he doesn’t play the AD Carry for TSM, he is still a member of the team, working as a Streamer.

Doublelift would play for Team SoloMid until 2018 when he switched to Team Liquid where he remains to this day.

For a kid who was kicked out of his home, his net worth now stands at $2 million in 2020, all from playing video games which his parents did not understand. 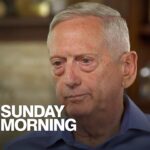