How much is Yasmine Bleeth worth?

Yasmine Bleeth first appeared in a commercial for baby shampoo at age 10 months, for Johnson & Johnson, in 1969. At the age of six years old, she appeared on Candid Camera and subsequently appeared in a Max Factor cosmetic advertising campaign with model Cristina Ferrare. Her first appearance in film, was as Theresa O’Brian in the 1983 movie, Hey Babe! at 12 years old. When she was 16 years old, she started her TV acting career. She appeared as Ryan Fenelli on the daytime soap opera Ryan’s Hope from 1985 until the soap’s final episode in January, 1989.

Unfortunately, soon after the show came to an end, Yasmine’s mother, who had been diagnosed with inflammatory breast cancer, died a year later, at the age of 47. Deeply saddened by the death of her mother, Yasmine took time off from her career. She later began to appear in single episodes of TV series, including One Life to Live and Herman’s Head, before being cast as Caroline Holden in Baywatch.

American former actress and model Yasmine Bleeth has an estimated net worth of $1 million dollars, as of 2022. Bleeth is best known for her appearances as Caroline Holden in Baywatch.

Baywatch was a major success as a TV show, and especially for Bleeth. She may have earned as much as $200-250,000 per episode at its peak and appeared for a total of 71 episodes. Aaron Spelling, who was a fan, offered her roles on the television series Pacific Palisades (1997) and Beverly Hills, 90210 (1990) however she turned them down. Eventually accepting his offer to appear in Titans, which she appeared in 14 episodes of between the years of 2000 and 2001.

Problematically, Yasmine had developed a cocaine habit, and eventually was found in possession of the substance and charged to two years probation and 100 hours of community service, in 2002. Things began to go downhill from there, and in 2003, after appearing in the TV movie Baywatch: Hawaiian Wedding, she made no other appearances for almost twenty years. Finally appearing as Lola in Whack the Don in 2021.

Yasmine Bleeth is far more famous than she is rich. She was so famous for a while in fact, that Meghan Markle apparently “fangirled over her”, like everyone else at that time, when Bleeth turned up at a frozen yogurt shop Meghan was working at, when she was 14 years old. However, while Yasmine may have earned total career income of around $12 million dollars, she has likely struggled to hold on to all of her wealth.

Of that amount, around $1 million is expected to have been paid in business related costs. The remainder, $11 million, will have been taxed at a rate of around 45% as Yasmine Bleeth has been residing in the state of California. After tax, it is estimated that her career earnings are at around $6.05 million dollars, having paid $4.95 million dollars in taxes.

In her personal life, she has likely spent $4-6 million dollars of her career earnings but also probably possesses assets valued at around $75,000, not including investment assets. She is estimated to have spent more than many of her contemporaries because she struggled with reported cocaine addiction. In her investments, she may have earned investment returns of around $250,000. Therefore, it is estimated that Yasmine Bleeth has a net worth of perhaps a little over $1 million dollars.

Yasmine Bleeth became famous nationwide in the United States from her role as Caroline Holden, in Baywatch. While she had already been through personal struggle with her mother’s untimely passing, at a time when Yasmine was still young, Bleeth added to her troubles by developing a dependency on cocaine. While she continued in her acting work, appearing in Aaron Spelling’s Titans in 2000-1, she eventually fell out of the industry altogether for a period of almost twenty years. She recently began to make a comeback with her appearance in Whack the Don, in 2021. 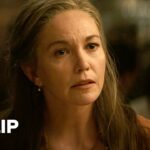 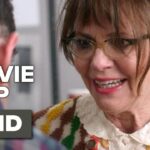