How much is William Zabka worth?

“Sometimes you become a character, and sometimes the character becomes you.” William Zabka

William Zabka, also known as Billy Zabka, is an American actor, director, producer, screenwriter, and mixed martial artist. He rose to prominence with his role of Johnny Lawrence in the renowned 1984 film The Karate Kid. He went on to reprise his breakthrough role in the film sequel The Karate Kid Part II and the television series Cobra Kai.

American actor William Zabka has an estimated net worth of $3.3 million dollars, as of 2023. Zabka is best known for his role as Johnny Lawrence in The Karate Kid and the TV series Cobra Kai.

“You know, all ‘The Karate Kid’ fans from the original are parents these days. I think it’s a cool thing.” William Zabka

Billy Zabka became famous after he starred in The Karate Kid, which became a box-office hit and one of the highest-grossing films of the decade. He was born on October 20, 1965, in New York City, New York. He’s the son of Stan, a composer, director, and writer, and Nancy Zabka, a business liaison, production assistant, and producer. William has two siblings, a brother, and a sister. His father worked as an assistant director of the widely popular Tonight Show Starring Johnny Carson. He also worked as a production manager in many motion pictures, including Chuck Norris’ Forced Vengeance.

William began acting in his early twenties. He attended the El Camino Real Charter High School and after his graduation in 1983, he focused his attention on acting. That year, he made his television debut in the series The Greatest American Hero starring Clarence Mortimer Junior in only one episode. Throughout the rest of the year, he continued to audition for many television projects and eventually landed brief roles in Gimme a Break! and CBS Schoolbreak Special.

“Strangely, when I was a kid, my first acting job, at 5 years old, was a performance of ‘The Three Little Pigs.’ They cast me as the Big Bad Wolf.” William Zabka

The director and producer became rich thanks to his many talents, all of which have been illustrated in the entertainment business. Ever since his acting career started, Zabka continuously worked in films and series not just as an actor but also as a director, producer, and screenwriter. His first major role in television was in the CBS sitcom E/R from 1985. That year, he became a series regular in the CBS crime series The Equalizer.

Just a year after he began acting, William landed his breakthrough role in the 1984 film The Karate Kid where he played the main role of Johnny Lawrence. The Columbia Pictures film was a commercial success and it amassed well over $130 million. From his outstanding performance, besides earning a nomination for a Young Artist Award in the category “Best Young Supporting Actor in Motion Picture”.

At the time of the shooting of the martial arts film, Zabka was an accomplished wrestler that wrestled for several promotions. Throughout the rest of the 1980s, he continued to star in various films and television series such as Just One of the Guys, Back to School, and A Tiger’s Tale. He also reprised his role of Johnny Lawrence in the film sequels The Karate Kid Part II and The Karate Kid Part III, released in 1986 and 1989. From his work in the franchise, Zabka earned an estimated $2 million.

After spending several years working mostly in television movies like Python, Pytho II, and Robot Chicken, in the 2010s, he returned to television series. He had guest and recurring roles in the fan favorites How I Met Your Mother and Psych before eventually becoming a leading actor and executive producer of the martial arts comedy-drama Cobra Kai, where he once again reprised his role of Johnny Lawrence.

Starting in the early years of the new millennium, William Zabka focused his attention on other roles in the show business. In 2003, he made his debut as a director, producer, and writer with the film Most. The indie film, re-titled The Bridge in some countries, was a very successful project that even earned an Academy Award nomination in the category “Best Short Film, Live Action”. The other projects that he directed and produced are the documentaries Mzungu, and Never a Neverland.

William Zabka martial arts skills paid off when he was cast Johnny Lawrence in
The Karate Kid, as well as the sequels Part 2 and Part 3. The movies were a major success earning a combined $299.7 million, or about $810 million after adjust for inflation in 2022. Zabka earned an estimated $2 million (not adjusted for inflation) for his appearances and etched his name into the minds of every martial arts filmmaker in Hollywood.

It wasn’t long before he was appearing in films like Shootfighter and he also began being cast in action and also in comedy.

More recently Zabka has been appearing as Johnny Lawrence again, this time in comedy TV drama Cobra Kai since 2018. It has been reported that Zabka earns $100,000 per episode of Cobra Kai since season three. For the first two seasons, including a signing bonus, it is estimated that he earned no more than $250,000. Since then however for the last two seasons, seasons three and four, he has been earning $100,000 per episode and there have been 20 episodes. William Zabka’s total earnings from Cobra Kai are at $2.25 million.

From all of his other appearances from his 52 acting credits, excluding The Karate Kid franchise and Cobra Kai. It is estimated that he has earned an estimated $2 million. That includes his appearances in The Equalizer for 12 episodes, How I Met Your Mother for 7 episodes, To Appomattox for 8 episodes, and films like Just One of the Guys and Hot Tub Time Machine. As well as all of his appearances as himself, of which there have been 31, as well as including his few producing credits.

William Zabka’s total career earnings are likely to be around $6.25 million (1983-2022). With average year earnings of $160,000, that puts him in a mid range tax bracket overall, however some years Zabka has earned far more than others. For example he has had top tier earnings for the last seasons of Cobra Kai 2020-2021. Overall, he may have paid close to 35% in taxes on his career earnings.

Bare in mind that actors have agents and agents have contacts and when accepting paychecks and salaries and so on they are usually optimized by a specialist for as little tax as possible; however, as mentioned, Zabka’s tax obligations increased in the last few years. Therefore, Zabka’s taxed earnings are $4.06 million, having paid $2.19 million in taxes.

William Zabka married Stacie Zabka in 2008 and they remain together. William has had no other marriages and therefore no divorces and his home life seems stable. They have two children and would have incurred living costs and likely some losses over the years. They may have also made some investment gains. He will have incurred management and agent fees. Overall, and all things considered, William Zabka’s net worth is $3.3 million.

William Zabka is a well-known actor, director, and producer that gained national popularity with his work on The Karate Kid. Ever since then, from his many professions, especially in the film industry, he has earned an estimated $3.3 million. Even now, he continues to reprise his role of Johnny Lawrence in many Karate Kid projects.

“Prior to ‘The Karate Kid’, I did commercials – Kool-Aid, Pepsi, milk – and I had always been cast as the all-American nice guy.” William Zabka 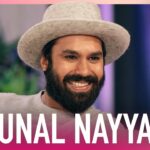 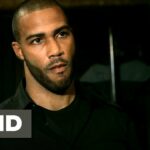