How much is Whoopi Goldberg worth?

Goldberg has done it all — stage, screen, stand-up, sitcoms, talk shows, radio shows. She is a consummate entertainer.

Who Is Whoopi Goldberg

As a formally trained actress, Whoopi Goldberg got started doing monologue instead of traditional stand-up. She was immediately recognized for being very funny, though, which led to one of the biggest comedy careers of the ’80s and ’90s. In addition to being one of the driving forces behind the Comic Relief charity, Goldberg is one of the few entertainers to ever get an EGOT — she’s won Emmys, a Grammy, an Oscar and a Tony.

Caryn Elaine Johnson better known as Whoopi Goldberg was born in 1955 and is an American actress, comedian, author, tv host, and human-rights activist. Instantly recognizable with her dreadlocks, impish grin, and quick wit, she’s also best known for her role in The Color Purple (1985) and Ghost (1991). The Color Purple launched Whoopi into the mainstream, establishing her as an actress. Ghost won her an Academy Award for Best Supporting Actress, and The Color Purple won her a nomination for an Academy Award for Best Actress.

Whoopi trained under Uta Hagen, an American actress and theater practitioner in New York. She then created a one-woman comedy show with various characters played by Whoopi herself called ‘The Spook Show’. Her show was later taken to Broadway by film director Mike Nichols and renamed Whoopi Goldberg: Direct from Broadway. This won her a Grammy for Best Comedy Recording in 1985.

After that Grammy win, she caught the attention of Steven Spielberg who cast her in the lead role of his film The Color Purple. Color Purple was both a commercial and artistic success. It was nominated for 11 Academy Awards, including a nomination for Goldberg as Best Actress. For the next few years until the nineties, Whoopi was a very busy actress, completing many new films, most of which were comedy-thrillers or comedy-dramas, like Jumpin’ Jack Flash (1986), Burglar (1987) and The Telephone (1988). While these films were entertaining, they were not critically acclaimed or box-office successes. When the 90s rolled around, Whoopi was seen in Bagdad Cafe, a CBS television sitcom that ran for two seasons.

Ghost itself was released in 1990, in which Whoopi played Oda Mae Brown, an eccentric psychic. Her Academy Award win for Best Supporting Actress made her the first woman of color in nearly 50 years to win an Academy Award, and the second, for acting.

Whoopi went on to big-budget productions, starring in a recurring role in Star Trek, and a few other comedies like Soapdish. Then came Sister Act in 1992 which was a huge commercial success with over $200 million in box-office takings and a Golden Globe nomination for Goldberg. She would reprise the same role in Sister Act 2: Back in the Habit a year later in 1993.

Born and raised around Manhattan, she grew up in a family with a Baptist preacher father and a nurse-and-teacher mother. Her father would not feature prominently as her father left his family early on. Whoopi Goldberg only has words of praise for her mother, who worked two jobs to support her and her brother. She describes her mother as equally strong and wise. She attended but never finished high school. She took the name Whoopie because her mother and grandmother compared her to a “whoopie cushion”. One of the most transformative events in the life of the then young Whoopi Goldberg was when she encountered Uhura on Star Trek. She remembers screaming to her mother to come and see. There was a black woman on tv and she wasn’t a maid. Whoopi Goldberg would be a life long Star Trek fan after that.

In the 2000s and 2010s through to the recent years, Whoopi made quite a few films and returned to the television. Her most noteworthy work has been as the moderator of The View, created by journalist Barbara Walters, featuring interviews of renowned people, discussions on topics of the day, and entertainment.

Whoopi’s early success paved the way in the entertainment industry for women of color to gain recognition and win roles that were far and few in between. Whoopi remains one of the few in the industry to win an Oscar, an Emmy, a Grammy, and a Tony award.

On the social front, Whoopi is an advocate of human rights, and she has been on the panel of at the Alliance of Youth Movements Summit on how social networks can be used to fight violent extremism in 2008, and also moderating a panel at the UN in 2009 on human rights, children and armed conflict, terrorism, human rights, and reconciliation.

How Did Whoopi Get So Rich?

Growing up in a project in the US usually meant that the dwellers of these housing projects had difficulty making ends meet. While this must have had an impact on Goldberg, she also knew how to capitalize on the time when her star was rising and worked very hard making over 20 films in the 90s. In total, she made over 30 films so far, grossing over $1.3 billion in the US and Canada, even though after The Color Purple, her 7 films in the 80s did not do particularly well.

While she would feature quite regularly on Star Trek, her favorite film, her biggest earning films were the Sister Act films which grossed over $200 million with Goldberg commanding $12 million in Sister Act 2. At the height of her career, Whoopi Goldberg was the highest-paid actress in the world. Sister Act also became a Broadway stage musical and Whoopi took on the role of Mother Superior and played a number of performances. The show closed in late October 2010. She also sang in the Broadway musical adaptation of Xanadu.

Other than being an entertainer and a TV presenter, Goldberg is also the owner of Whoopi & Maya launched in April 2016, a company that makes medical cannabis products for women seeking relief from menstrual cramps.

With her films, television work, stage productions, ad hoc engagements and her medical cannabis business, Whoopi Goldberg ranks amongst one of the wealthiest stars in Hollywood.

We calculate Whoopi Goldberg has a net worth of $60 million dollars as of 2021.

Fame came to Whoopi through her roles in The Color Purple, Ghost, and the Sister Act films. These films made her into an international star, recognized worldwide.

Her role as moderator of The View made her a known voice in the current affairs and political circles. Whoopi took over the role from Rosie O’Donnell in 2007, and the show has averaged over 3.6 million since she took over. In the View, Whoopi is known to champion certain causes and is not reticent with her views and she has also used her unique brand of humor in making political commentary. This has sometimes got her in trouble, but it has, nevertheless, bolstered her stature as a talk show host. In 2019, she made her views known publicly what she thought of celebrities who divulge their nude photos. This led to tweetstorms from various other actresses who defended their right to the freedom of what they want to publish!

Last, but not least, her activism for LGBT rights holds her dear to many a LGBT’s heart, and makes her even more well-known throughout the world.

Whoopi Goldberg is one of the most hard-working people that have ever worked in show business or anywhere for that matter. While the majority of people claim they work hard, in her case it’s really true. The average actor might release a film every 12 or 18 months, but when she was in top form, she would release a film every 4, 5 months, and also star in a tv show or two. It’s hard to find a person who can be compared to her. Added to her comedic abilities, Whoopi sings! Her Broadway performances lend testament to her vocal prowess!

Representation matters and it is the life and career of Whoopi Goldberg that is the crowning achievement of that statement. A little girl, seeing for the first time someone like herself, a black woman staring as one of the titular characters on a tv show, would be transformed. She would defeat all the potential bad prospects her life could well have laid out for her, her lack of college or high school diploma, being a minority, and being a woman. There is enduring prejudice in all those categories in Hollywood, but Whoopi Goldberg and her success showed that prejudice is an obstacle that talent, hard work, and campaign can conquer. From a little girl, whose mother worked hard to support her, to one of the most highly paid actresses in the world, the life of Whoopi Goldberg is truly one to look up to and celebrate. 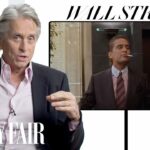 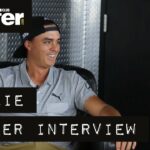