How much is Wee Man worth?

The tale of Jason Acuna, aka Wee Man, is unique in many ways. It’s a story about overcoming obstacles. It’s also a story about identifying dreams and realizing them. But most of all, Wee Man’s life story is a lesson in one man’s refusal to conform to the restraints placed or imposed upon him by external forces.

First things first- like his moniker suggests, Wee Man was born with a type of dwarfism called achondroplasia. As a result, Acuna grew to just four feet tall. While traditional thought viewed such a disorder as a liability, stories like Acuna’s have gone a long way in reshaping conventional thinking on the subject. While Acuna gained fame and fortune in part due to his condition, fans stuck around long enough to learn of his talents and positive attitude, and allowed people to see well beyond his physical stature.

American stunt performer, television personality, professional skateboarder, and actor Wee Man has an estimated net worth of $8 million dollars, as of 2023. He is one of the stars of Jackass and the host of Fox Sports Net’s skateboarding show 54321.

While born in Tuscany, Italy in 1973, the future star of the “Jackass” television and movie franchise grew up in Torrance, California. It was in Torrance that, like most west coast kids at the time, he became enamored with skateboarding. Acuna estimates he began skating somewhere around eight or nine years old.

By the time Wee Man was in his teens, he was fully immersed in his passion of skateboarding. He had even taken offers of sponsorship, something he said had never occurred to him would be a realistic expectation. To him, just being able to skate was the payoff and reward. Nonetheless, his presence in the scene landed him a job as subscription manager for the notorious print magazine “Big Brother”, one of the leading publications dedicated to the sport. The job would ultimately end up being Acuna’s launchpad for bigger and better things.

Wee Man was already entrenched in the skating scene on the west coast by the time opportunity knocked. In 1996, then editor of “Big Brother” Jeff Trumaine convinced an actor named Johnny Knoxville to make a short film series of creative stunts. Knoxville originally was looking to test self-defense items such as stun guns, pepper spray and bulletproof vests. Wee Man appeared in the second installment of the series.

Meanwhile, on the east coast, a group of young skaters in West Chester, Pennsylvania had their own DIY video project going for themselves. They called it CKY, or Camp Kill Yourself. Their footage was soundtracked by their own band, also called CKY, and the skating was mixed with stupid pranks and stunts. CKY would spawn some of the most recognizable names over the next two decades, including Bam Margera and Ryan Dunn, and mascot uncle Don Vito.

Both groups of young skaters were at the forefront of using uploads of their videos on the internet. It turned out that traveling within the subculture of skateboarding came in handy, as each faction used their savvy of the underground internet to grow their exposure and popularity.. Trumaine flew Margera to Los Angeles, and in one sitting both parties knew the two camps must combine their resources and take their respective ambitions to bigger heights. The result was a deal with MTV for “Jackass”, and Wee Man was there from the beginning.

“Jackass” struck a chord with its targeted demographic of young male skaters, but the outlandish nature of the show became a huge hit due to its “rubberneck” value. Some people loved it, some hated it, but even those that hated it tuned in to watch anyway. The show was so over the top, it took on a freak show-like cult status because viewers simply could not look away from the car wreck happening in front of their eyes.

The show turned into a huge smash hit due to the support of younger generations. In 2000 and 2001, 25 episodes were produced, and Wee Man was cast in 16 installments. Subsequent big screen films followed, as did numerous side offers for Wee Man’s services. At this writing, Acuna holds a net worth of approximately $8 million, which includes substantial real estate and a share in the Mexican restaurant chain “Chronic Tacos.”

Nearly everyone who appeared on the show were the recipients of further offers. Acuna did many guest spots, including MADtv, Punk’d, America’s Next Top Model and even a voiceover on Celebrity Deathmatch. Over the years he reprised his role on “Jackass” numerous times for the big screen. His likeness has been used in video games, and he’s appeared in numerous music videos with bands such as Weezer, Jamiroquai and Wolfmother. Currently, Wee Man is host of the Fox Sports Net skating show “54321”, and he continues to enjoy a slew of guest appearances on many different mediums.

Acuna is most often described as one of the most cordial and down to earth figures in the entertainment industry. His relaxed demeanor and sense of humor make him a great interview and guest on podcasts and radio shows.

Wee Man entered life as a person that stood out from early on. His medical condition might have been an immediate and immovable obstacle in his life, yet he insisted on living his life like anyone else. Rather than faltering, Acuna pursued his passion of skateboarding, and along the way transformed the liability into an asset. He made it work FOR him. Over the years, we’ve come to learn much more about individuals with his disorder and other disorders, or any type of disability for that matter. The more we learn, the clearer it becomes how unique we all are, and we learn that our capabilities can be seemingly endless provided we get back up when we fall, provided that we push forward despite the odds. The tale of Wee Man is as emblematic and inspiring as any you will find. He is living proof that walls can be toppled, that doors can be kicked down, and that being chased down by someone of his slight stature, even as a gag, can be quite the harrowing experience!

Sixteenth of May Birthdays 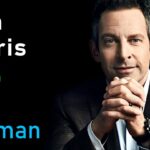