Wanderlei Silva learned some of what he knows about fighting the old fashioned way- the street. That said, at age 13 he began formal training in Muay Thai. Later in his teen years, he joined the military where his fighting abilities became quickly obvious as he rose up in the ranks. Silva had already won some fighting tournaments in his age group by the time he enlisted.

Silva made his professional mixed martial arts debut on November 1, 1996, defeating Dilson Filho by KO due to a vicious elbow at a Brazilian Vale Tudo Fighting (BVD) organization event. He then went on to win his next three fights by way of stoppage (BVD and IVC events) before falling to Artur Mariano via TKO (cut).

From there, Silva achieved one more victory over Mike Van Arsdale (KO) before the UFC called.

However, Silva lost to Vitor Belfort by way of TKO in his inaugural UFC effort. He would then go on to win six straight fights, some in the PRIDE organization, one in the UFC, before a huge bout.

When Silva came back to the UFC to fight Tito Ortiz at UFC 25: Ultimate Japan 3, it was a highly anticipated affair. Unfortunately for him, Ortiz achieved takedowns at will and pounded his way to a unanimous decision victory.

Some might say that Silva used the loss to fuel his fire in the PRIDE organization.

Silva went 18 straight bouts without a loss after the Ortiz encounter, mostly in the PRIDE organization. He became the PRIDE Middleweight Champion on November 3, 2001, after stopping Japanese legend Kazushi Sakuraba for the second time. Silva’s winning streak came to an end on New Year’s Eve 2005 when he lost a split decision to Mark Hunt. After splitting a pair of fights with rival Ricardo Arona (winning the second to keep his belt) Silva was eventually brutally KO’d by both Mirko “Cro Cop” Filipovic (heavyweight) and then Dan Henderson. He lost his belt to Henderson in his last PRIDE fight.

Wanderlei Silva vs. Chuck Liddell in the UFC

Silva made his UFC debut against Chuck Liddell at UFC 79 on February 29, 2007 in a highly anticipated affair. Though both Liddell (having lost his UFC title to Quinton Jackson) and Silva (having lost two straight by way of KO) were no longer champions, it didn’t matter. People had waited a long time to see the most dominant PRIDE champion of the last several years take on the most dominant UFC champion.

The slugfest didn’t disappoint. In the end, Liddell was awarded a tough decision victory. Soon after, Silva lost to Quinton “Rampage” Jackson in their third fight by way of KO.

Wanderlei Silva is known for his striking and aggressiveness. Once he hurts an opponent, that competitor has very little chance of survival as he pounces like a cat. He is an outstanding Muay Thai striker with a great clinch.

Silva owns a black belt in Brazilian Jiu Jitsu. That said, he has never truly been a submission threat in MMA. Rather, he’s demonstrated good submission defense and an ability to survive while in his guard.

Silva is married and has a 12-year-old daughter and a 4-year-old son named Thor. His daughter lives with her mother in Curitiba, Brazil.

Some of Wanderlei Silva’s Greatest Knockouts:

This Wanderlei Silva Net Worth profile originated at WealthyGenius.com 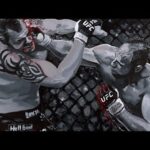 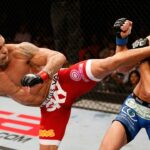