How much is Vicente Fernandez worth?

Vicente Fernandez is a Mexican actor, director, producer, and singer. Known also as Chente, he is considered one of the most successful Mexican artists of all time. His career began in the 1960s as a busker, and, since then, he has starred in more than 30 films and has recorded well over 50 albums. The cultural icon’s repertoire consists of Mexican classics such as racheras. Throughout his career, which spanned over five decades, he has won multiple awards including fourteen Lo Nuestro Awards, eight Latin Grammys, three Grammys, and a star on the Hollywood Walk of Fame.

Mexican retired singer, actor, and film producer Vicente Fernandez has a net worth of $55 million dollars, as of 2021. Fernandez has become a Mexican cultural icon, recording more than 50 albums and contributing to more than 30 films.

How Did Vicente Fernandez Get So Rich?

Releasing more than 50 albums throughout the past 50 years helped the Mexican icon become rich in the late years of the 20th century. As of now, his net worth exceeds $50 million and continues to grow thanks to his never-ending passion for music. Long before that, in the mid-1960s, thanks to his singing, he was able to find a job at restaurants where he earned below $1.000. In early 1966, the most popular singer of Mexico, Javier Solis, passed away and his record label CBS Records International saw the potential of Fernandez to follow in his footsteps.

Immediately after signing with the label, Fernandez released his first single – “Perdoname”, which became a chart-topping hit in Mexico and Latin America. Throughout the 1970s, he continued to release new music. Among some of his most triumphant projects from that decade remain “El Rey”, “El Hijo del Pueblo”, and “Para Recorder”. Concurrently with releasing new music and touring Mexico, he also starred in his first film – “Tacos al Carbon” from 1971. Starting the 1980s, in addition to receiving over $1 million from his acting and singing, he began earning multiple awards and nominations.

The artist became famous first with his acting in the 1971 film “Tacos al Cabron”. He was born on 17 February 1940 in Tepatitlan de Morelos, Mexico. He spent most of his childhood in his father’s ranch at Guadalajara. He began working various jobs such as waiter, cashier, dishwasher, and manager at his uncle’s restaurant at a very young age. At that time, concurrently with working, Chente found a passion for acting and singing.

During his early years, Vicente took part in several music festivals and even won one in Arandas, Mexico. During the 1950s, he won multiple competitions and even earned some additional income as a result. In the 1960s, during his early twenties, he decided to devote himself to music full-time and pursue a music career. At the time, he moved back to Jalisco and performed as a busker, while also taking part in the televisions show “La Calandria Musical”.

The success of Vicente Fernandez comes from his work as an actor and singer, as well as many other fields of occupation. During his international breakthrough, the Mexican artist starred in many commercial films such as “La Ley del Monte”, “Matar o Morir”, “El Cuartero”, and “Coyote and Bronca”. After twenty years of acting, his last role in a film was in the 1991 musical drama “Mi Querido Viejo”. Since then, apart from music, he has been heavily associated with the PRI (Partido Revolucaiodo Institucional), one of Mexico’s leading political parties.

Ever since he signed a record deal with CBS Records International, which is now known as Sony Music Latin, Vicente Fernandez has found international success. In the past 35 years, he has recorded more than 50 music albums and 300 songs. He has toured the world multiple times, and, his final performance was in April 2016 at the Estadio Azteca. For the past five decades, the influential singer and songwriter has won the hearts of millions and earned himself multiple awards and achievements. In addition to awards, he has also been inducted into several hall of fames such as “Hollywood Walk of Fame”, “Billboards’ Latin Music Hall of Fame”, and “International Latin Music Hall of Fame” to name a few.

With more than 50 million copies sold worldwide, Vicente Fernandez is one of the best-selling artists of all time in Mexico. Despite his retirement from live performances in 2016, he continues to record and produce his own music. Because of his talents, he’s earned the nickname “The King of Ranchera Music” and is considered one of the overall most successful Mexicans ever. 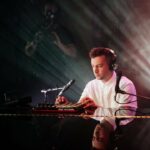 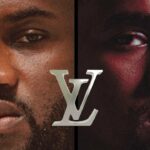