How much is Venus Williams worth?

Venus Williams has been ranked world No. 1 by the Women’s Tennis Association on three separate occasions and for a total of 11 weeks. She first became the No. 1 on February 25, 2002, also at that time becoming the first African American woman to do so in the Open Era, and the second of all time since Althea Gibson. She was born in Lynwood, California to Richard Williams and Oracene Price. The family moved from Compton, California, to West Palm Beach, Florida when she was 10 years old and there she and her sister, Serena Williams, attended Rick Macci’s tennis academy.

American professional tennis player Venus Williams has an estimated net worth of $100 million dollars, as of 2023. Venus is second to only her sister, Serena, for all-time career prize money winnings.

The Williams sisters’ father, Richard decided to take over as their coach for the sisters after Venus became the No. 1 under-12 player in Southern California. He later decided that his tuition would be more valuable as a full time coach, and thereby ended their attendance at the Rick Macci’s tennis academy in 1995.

After having turned professional a year earlier, in 1994, at age 14, Venus debuted at the Australian Open in 1998 against her sister Serena in the second round. Venus won the match against her sister, but later lost to the World No. 3 Lindsay Davenport. Since then, Venus has reached 16 Grand Slam finals, winning 7 of them. She has also reached 14 Grand Slam Women’s doubles, and won all 14 of them paired each time with her sister, Serena Williams. Venus has earned two Mixed Doubles titles and five Wimbledon singles titles.

Williams won four of the six Grand Slam singles tournaments, from the 2000 Wimbledon Championships to the 2001 US Open. At the 2000 Sydney Olympics, she became the second player to win Olympic gold medals in both singles and doubles at one Games, a feat initially achieved by Helen Wills Moody at the 1924 Summer Olympics. Williams has won 49 singles titles, behind only her sister Serena out of active players on the WTA Tour with the most singles titles. Venus has won four Olympic gold medals, three in women’s doubles and one in singles, she has also won a silver medal in mixed doubles.

Williams’ continues to hold the longest winning streak of 35-matches between the 2000 Wimbledon Championships to the 2000 Generali Ladies Linz tournament final, a record that she has held since January 1, 2000. She and her sister, Serena, are the only two active WTA players to have reached the finals of all four Grand Slams. She extended her record as the all-time leader Grand Slams player (irregardless of gender) at the 2020 Australian Open, with 85. Venus was twice the season prize money leader in 2001 and 2017.

Of that amount, $6-11 million is expected to have been paid in business related costs. The remainder, $136.5 million, will have been taxed at a rate of around 45% as Williams has been residing between Florida and her home state of California. In 2019, she paid $10 million on a resort-style Florida waterfront property with a private beach. After tax, it is estimated that her career earnings are at around $75.07 million dollars, having paid $61.43 million dollars in taxes.

Venus Williams has won seven Grand Slam singles titles, five at Wimbledon and two at the US Open, and has been a former world No. 1 in both singles and doubles. Her total prize money winnings is currently $42 million and she has been earning over $10 million dollar per year in recent years, from her endorsements. 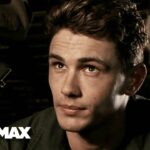 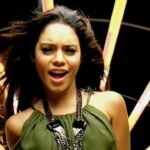