How much is Vanessa Hudgens worth?

In January of 2006 a movie called High School Musical premiered to record ratings on the Disney Channel. Its stars, including a then up-and-coming actress Vanessa Hudgens, became overnight tween icons. A flurry of opportunities, romance and scandal followed in rapid succession. Hudgens, however, took it all in stride and navigated her career and personal travails with an aplomb and grace that would garner her continued loyalty and respect from her young fans the world over.

American actress and singer Vanessa Hudgens has an estimated net worth of $20 million dollars, as of 2022. Hudgens was a Disney star who has since transitioned into a bona fide actress.

Vanessa Anne Hudgens was born and raised in a culturally diverse family that boasts Irish and Native American roots from her father’s side and Filipina, Chinese and Spanish ancestry on her mother’s side. Vanessa Anne Hudgens was born in Salinas, California, but her family moved to San Diego, California, when she was still just a toddler. She has a younger sister, Stella Hudgens, who is also an actress. Her mother, Gina Hudgens (née Guangco), is an office worker, and is originally from the Philippines. Her father, Greg Hudgens, is a firefighter, and was from a family from Missouri and Illinois. Although the family moved up and down the west coast during her childhood, it didn’t stop Vanessa from pursuing and landing a number of musical theater roles.

Inspired by her grandparents, Vanessa was interested in acting and singing from an early age. When she was eight, she started appearing in musical theater. She fell deeper in love with the arts and began studying acting, singing, and dance more seriously with Jailyn Osborne. Vanessa very briefly attended Orange County High School of the Arts. She was featured in local productions of The Wizard of Oz, Carousel, The Music Man, and Evita. After a successful stint in local theater she tried her talents at commercial and television auditions. Being a natural, Hudgens immodestly won a role for a commercial which prompted her family to move to Los Angeles, California.

Her parent started homeschooling, and so, while she missed out on the high school experience, she ironically landed her breakthrough role in High School Musical (2006). By that time, she had already made her feature film debut in films like Thunderbirds and the critically lauded Thirteen as well as a series of guest starring roles on Quintuplets, Still Standing, The Brothers Garcia, Drake & Josh, and The Suite Life of Zack and Cody.

Of course, none of those roles were near to her break when she starred as Gabriella Montez in High School Musical. Not only did her role make her a sudden household name, especially among Disney fans, but it also set the stage for the beginning of her high-profile relationship with co-star Zac Efron. The romance must have inspired her, as well. As she soon began to release music, including her own solo album, V. The album was a success, it would go on to be certified gold by 2007 and win her a Teen Choice Award for “Female Breakout Singer”. Meanwhile, 2007 saw Vanessa signing on as the newest Neutrogena spokesperson as well as her reprisal of Gabriella in High School Musical 2.

The years that followed continued to be profitable for the young actress and singer, but it also led to a public scandal, when nude and suggestive photos of her were posted online. Hudgens took responsibility and publicly apologized for her indiscretions and went on to join the final installment of the popular franchise, High School Musical 3: Senior Year released in 2008. Then, in August of 2009, another set of photos surfaced on the Internet. She took it in stride and did not make any public comment about it.

Following her final performance as Gabriella, Vanessa won critical praise for her role in Bandslam as well as released her second solo album Identified to reasonable success. Hudgens has also kept herself busy playing a series of diverse roles. She appeared as Lindy in Beastly, Blondie in the highly anticipated Sucker Punch and Mimi in the Hollywood Bowl production of Rent.

It became clear that Vanessa wanted to distance herself from her Disney icon status, beat the “child actor curse” and transition successfully into mature roles. At first, it was difficult for her to fully remove herself from the shadow of the High School Musical empire that launched her career. In time, she began to be viewed differently however. She appeared in teen College movie Spring Breakers, and more importantly, Journey 2: The Mysterious Island.

As she continues to accomplish this feat, choosing mature roles, as well as interesting and complex characters to add to her resume, she is being viewed not as a Disney star, but as a bona fide actress. She has added to this as a celebrity, by maintaining continuous involvement in charitable activities and associations such as Best Buddies International and Stand Up to Cancer. Through these moves, despite her personal stumbles in the past, Vanessa Hudgens remains one of the brightest and most promising young stars.

Vanessa Hudgens has transitioned successfully from child actress and is today considered to possess notable skills for her age. She has earned through her acting, music and her endorsements, including being the face of Neutrogena and Candie’s clothing line campaign. In total, Hudgens has earned estimated total career income of $35 million dollars.

Of that amount, around $3 million is expected to have been paid in business related costs. The remainder, $32 million, will have been taxed at a rate of around 47% as Vanessa Hudgens has been residing in the state of California and has earned through some lower tax years. After tax, it is estimated that her career earnings are at around $16.96 million dollars, having paid $15.04 million dollars in taxes.

Vanessa Hudgens partnered with American professional baseball shortstop, Cole Tucker, in 2021. She has had no previous marriages and has no children. In her personal life, Vanessa Hudgens has likely spent $1-2 million dollars of her career earnings but also probably possesses assets valued at around $450,000, not including investment assets.

In her investments, she may have earned investment returns of $4-5 million dollars. She has bought and sold property, including selling her Studio City property that she acquired in 2008, for $2.75 million, for $3.15 million in April 2019. While that is not considered as part of her investments, it will have optimized her living and lifestyle and also has saved her on rent. More recently, however, Hudgens has earned well off a property deal. She bought a Los Feliz property for $4.9 million in 2018, and sold it to Ronan Farrow and Jon Lovett for $6.7 million in 2022. It is speculated that Vanessa has earned from investments in securities, as well. Overall, it is likely that she possesses a net worth of around $20 million dollars.

Vanessa Hudgens’ career had a musical start when she appeared as the role of Gabriella Montez in High School Musical. She then chased it up with a music career, and has since released seven music videos and two studio albums. She has also earned from her endorsements, as well as her investments, booking a not so small profit from the sale of one of her properties in 2022. 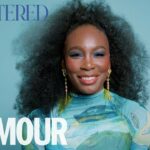 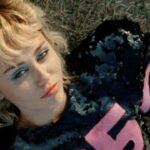