How much is Ninja worth?

Ninja, born Richard Tyler Blevins Jr., became famous through streaming video games on Twitch, in which Ninja was his online alias from 2009. Since becoming one of the most famous video game streamers of all time, the 29 year old has gone on to be a successful YouTuber and television and Internet personality. It was Halo 3 that Ninja first started streaming, though he did not find success until he entered in to royale battles in Fortnite Battle Royale in the back end of 2017. It was lucky for him that he got acquainted with the Fortnite franchise before it became the gaming phenomenon as it’s known today, and that’s when Ninja grew in popularity tenfold.

We calculate Ninja has a net worth of $25 million dollars, as of 2021. At still just 29 years old this kid literally makes as much as $12 million dollars per year.

How did Ninja get so rich?

Epic Games, the developer of Fortnite, believe that Ninja massively helped the success of the game, and they rewarded the gamer with his own skin on the game. Likewise, Ninja’s success was massively catapulted thanks to the video game. In 2018, both Epic and Ninja saw huge payouts, as the game developer had grossed over three billion dollars, and Ninja had reportedly made an estimated $10 million.

Ninja’s gaming doesn’t end with Fortnite, and neither does his income. The streamer had signed an endorsement deal with gaming Goliath, Electronic Arts, in which Ninja promoted the game Apex Legends, a game that was in direct competition with Fortnite. Pretty much all Ninja had to do in return for the huge seven figure sum was to play the game on his Twitch stream.

In 2019, Ninja made the tough decision to leave Twitch, despite having 14 million subscribers and being the single most popular and important game streamer on the platform. He made the decision to stream on Mixer by Microsoft so that he can expand his brand as he found that Twitch had limited resources. Besides streaming video games on these platforms, Ninja also has a YouTube account to which he enjoys a significantly higher amount of subscribers than he does anywhere else. As of this year, Ninja has almost 24 million YouTube subscribers and makes more than half a million dollars per month. And that’s just from streaming Fortnite games alone. He makes at least double that in his other ventures.

Ninja had become the most successful Twitch user in history, as before he left the platform, the gamer had in excess of 14 million subscribers. Ninja was sponsored by multiple esports organizations; esports being electronic sports, in which there would be formal competitions and leagues where the best players would compete for trophies and cash prizes. These competitions became huge in the 2010s when online videos and livestreams became a normal mainstream practice. Ninja played for organizations such as Cloud9 and Team Liquid. He was massively successful, winning many of the competitions.

Years later, when he became a major Fortnite Battle Royale player, his followers on Twitch jumped by 1.5 million in less than six months, and that was the fist big step in becoming the reigning king of Twitch. Following that, major stars wanting to get involved with streaming games. Ninja played the popular game with Drake and Travis Scott, which was streamed by over half a million subscribers. This opened the floodgates as the following year, during an official Fortnite event at the gaming convention E3, Ninja played the game against a whole host of different celebrities. Ninja did a similar thing months later in Chicago, but this time he allowed anybody to challenge him. These events became a regular thing for Ninja, whether doing it for money or charity, he became a celebrity in his industry and the somewhat unofficial face of Fortnite.

Though playing video games online might not seem like a lot of effort, Ninja got to where he is thanks to enormous hard work and determination thanks to playing games for years and years before Fortnite was ever released. But more importantly, he is incredibly successful because of how well versed he is in current gaming trends. It also goes without saying that he might have gotten a little lucky with perfect timing.

After learning to become a great streamer, host, and broadcaster, Ninja has been rewarded other jobs outside of gaming that widens his audience to more than those who stream video games. He was a contestant on Family Feud, and though his episode didn’t air until after he was famous, he returned on Celebrity Family Feud. He was the cover story for ESPN The Magazine, which was a major breakthrough not just for him, but for esports in general, as it had become recognized as a mainstream sport by a major publication. Ninja even has his own music album named Ninjawerks: vol. 1, and though he isn’t the performing artist, it is made up of songs he loves by his favorite electronic musicians and works more like a compilation album than anything. It was put out on acclaimed label Astralwerks.

Ninja even performed on The Masked Singer, the music reality show aired on Fox, and though he wasn’t the most successful on the show, he proved he had more talent than he had ever been given credit for. One of his performances was of the country rap smash hit, “Old Town Road” by Lil Nas X.

After making millions of dollars year on year and being nominated for and winning several Streamy Awards, Ninja put a stamp on his extremely successful decade by releasing an autobiography at the end of 2019, called Get Good: My Ultimate Guide To Gaming.

Ninja has lead the twitch streaming zeitgeist and has somehow become a historical figure in the video game industry without ever being a developer or publisher, so much so that he will even feature in the upcoming Ryan Reynolds movie about video games, Free Guy. He is extremely influential and because of that, he is able to accrue hundreds of thousands of dollars through endorsements and appearances as a “celebrity.” It is thanks to this that Ninja is worth $25 million with as much as a million dollars more coming in, per month. 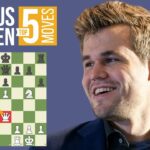 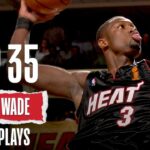