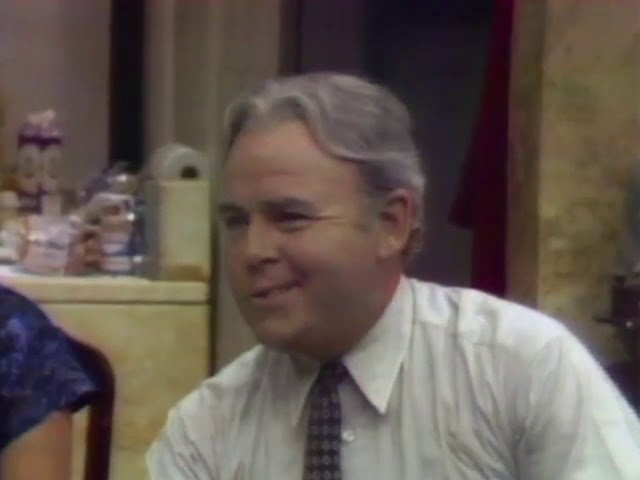 A television show’s pilot is what sets the tone for the series so it’s critical that the show gets it right. Sometimes, there are successful TV shows that survive terrible pilots. There are also some popular TV shows that have unaired pilots that you may not know about. What’s even more surprising is that the original pilots are totally different than the one that aired.

It’s a bit hard to imagine that some of our favorite programs could have potentially gone in completely different directions. We’ll never know how successful they would have been, but execs clearly knew that there was something up with the OG pilots so they switched them around. The result was the shows we know today. Some of the unaired pilots have been released — or parts of them have — while others remain mysteries of the universe…

All in the Family

It’s not just new TV shows that have different versions of the pilots. All in the Family is an oldie that had multiple pilots prior to the one we saw. Execs were given the rights to adapt the British show Till Death Us Do Part for American audiences. The show went through multiple names and actors with ABC rejecting it twice.
When it was called Those Were the Days, it went to CBS, where it was ordered. It became All in the Family with Sally Struthers and Rob Reiner getting cast to play Gloria and Michael, respectively.

30 Rock didn’t come out perfectly formed. In the unaired pilot, Rachel Dratch was actually cast in what would eventually be Jane Krakowski‘s role. The character’s OG name was Jenna DeCarlo but we all know it ended up being Jenna Maroney. The switches weren’t quite as awkward as they were on other shows because Rachel ended up playing other characters in 30 Rock.

The Big Bang Theory has become known for its beloved cast of characters, but the unaired pilot had some big changes to them. The most shocking is with Sheldon Cooper. The character is still played by Jim Parsons, but he is a lot more sexual. He’s pictured at a sperm bank in the episode and even referred to as an “ass man.” The first pilot also has two female leads, Amanda Walsh as Katie and Iris Bahr as Gilda. Curious?

The original Game of Thrones pilot just might be the most famous of them all. The HBO series is based on the hugely successful books of the same name by George R. R. Martin. Despite that, the GoT TV showrunners, David Benioff and D.B. Weiss, basically admitted that original pilot for the show was pretty bad. There were some notable changes including Tamzin Merchant and Jennifer Ehle appearing as Daenerys Targaryen and Catelyn Stark, respectively. About 90 percent of the pilot was reshot with Emilia Clarke becoming Khaleesi and Michelle Fairley getting cast as Catelyn. It’s too bad we’ll probably never see the original.

Buffy the Vampire Slayer is one of the other shows that has a famous original pilot. Creator Joss Whedon had actually written a Buffy movie and partly self-financed a Buffy the Vampire Slayer pilot to sell to FOX. The OG had some notable changes including Riff Regan originally playing Willow Rosenberg and the school being called Berryman. Oh, and Buffy has brown hair. In the official version we watched, Alyson Hannigan was Willow and the school was known as Sunnydale High. The quality is also much, much better. There are grainy versions of the first pilot online, but it has never had an official release.

Here’s another throwback unaired pilot. The OG was a 14-minute pitch to CBS. The network reportedly liked it, but wanted different actors. Nate Derman was Eddie Munster were in the OG, but the role ultimately went to Butch Patrick. Joan Marshall was the Munster matriarch who was originally called Phoebe. That role eventually went to Yvonne De Carlo and the character was renamed Lily. TV history lessons, here, people!

Here’s something that Gilmore Girls fans might not know. The show’s pilot was actually completely reshot. In the unaired version, there are a lot of huge character changes. Alex Borstein played Sookie St. James rather than Melissa McCarthy and Nathan Wetherington played Dean Forester instead of Jared Padalecki. Most shocking of all was the fact that Lorelai Gilmore (Lauren Graham) was not the cool mom we know. She was a suit-wearing, serious mama. Intrigued?

If you watch some of the older episodes of Family Guy now, you will probably have a hard time with the characters’ voices and the quality. Well, if you watch the original pilot, you will see that things are grainer and there are more voice changes. Oh, and everyone is nice to Meg Griffin. Really.
The OG pilot was also only seven minutes long as it was used as a pitch to FOX. When they ordered it, we got the version that we know today.

If you watched the 1960’s hit Gilligan’s Island, you might have a hard time recognizing some of the characters in the unaired version. The show originally had a different theme song compared to the catchy one. If you’re curious about the show, you can actually view a lot of this one. It was shown in the 1990s and eventually made its way to DVD.

It just goes to show you that even the best shows can have not-so-great pilots. Case in point: Seinfeld. The OG pilot was actually rejected by NBC because execs reportedly didn’t think it was strong enough. The unaired version originally called the show The Seinfeld Chronicles. There were some different locations and names, but the most shocking thing of all was that it didn’t feature Elaine Benes (Julia Louis-Dreyfus).

Saved by the Bell

That’s right, one of our favorite school shows also has an unaired pilot. Do you remember the short-lived Good Morning, Miss Bliss? It’s said to be the seed where Saved by the Bell started, but the OG spin-off didn’t have all of the Saved by the Bell gang we grew to love. After one name change, one school swap, one location switch, and pretty much an entire cast change we got the Kelly Kapowski (Tiffani Theissen), Zack Morris (Mark-Paul Gosselaar), A.C. Slater (Mario Lopez) and the rest of the gang from Bayside High School.

There are so many different versions of Star Trek that it’s hard to keep track of them all. And that’s before we factor in the unaired versions. The cult favorite show was created in 1965, but network execs weren’t buying it because they found it too slow. (Read: boring). One huge change was with the lead character in the OG named Captain Christopher Pike who was played by Jeffrey Hunter. In the end, we got Captain James T. Kirk played by William Shatner.

Disney fans will know that Girl Meets World is a sequel to the classic Boy Meets World. You would think that the sequel would have been perfect from the start because it had something perfect to go off of, but that’s not the case. In the unaired version, Cory Matthews (Ben Savage) and Topanga Lawrence (Danielle Fishel) had a son named Elliot played by Teo Halm. Things didn’t work out and Riley Matthews (Rowan Blanchard) lost her older brother.

Three’s Company actually went through a lot of different versions. The only two things that stayed the same were John Ritter being cast in the show and there being three roomies. Besides that, the show had different names, John’s character had a name switcheroo and the two leading ladies went from being Suzanne Zenor and Valerie Curtin to Joyce DeWitt and Suzanne Somers. Before Suzanne Somers was cast, Suze Lanier-Bramlett also had a part in one of the later unaired pilots. Are you having difficulty keeping track?

Desperate Housewives was one of those shows that kicked off with a bang. It gripped people thanks to the whole big-mystery-in-the-“perfect”-suburbs plot. The original pilot from the ABC show appears to have the same sort of story line, but there were a lot of noticeable changes with the cast. Sheryl Lee was originally cast as Mary Alice Young, aka the deceased housewife narrator. Michael Reilly Burke originally played Rex Van De Camp while Kyle Searles played John Rowland. In the version we saw, Brenda Strong was Mary Alice, Steven Culp was Rex and Jesse Metcalfe was sexy John. You can watch a clip with the pre-Steven Rex here and to see Kyle as the young gardener Gabrielle has an affair with — watch this video!

If we’re getting technical, the original Full House episode didn’t air, but it was actually included on the season one DVD as a bonus feature. Plus, you can now see a bit of it online. Pretty much everything in the original pilot made it through to the final one we know, except that John Posey played Danny Tanner. Can you imagine the show without Bob Saget? We don’t even want to think about it! 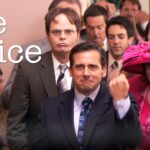 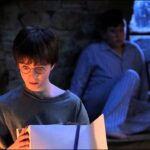