You know how you go crazy if one of your favorite shows has a really big cliffhanger for the season finale? Imagine if that ending was the series finale. Your emotions would be multiplied tenfold. Yet, that is what tragically happens with some shows.

When TV shows are ending, they typically try to wrap up all of the loose ends so us viewers can feel at peace when the show ends. But, that isn’t always the case. Sometimes, shows end unexpectedly. Other times, the writers decide to pull a fast one on us so the series finale makes us ask more questions.

We did end up getting Twin Peaks reboot, but it came over 25 years since the 1990 season. That means we spent decades wondering about what happened. The show ended with a lot of unanswered questions including what was that random message Major Briggs (Don S. Davis) got in the Black Lodge? And what was going to happen now that Bobby Briggs (Dana Ashbrook) had taken over Dale Cooper‘s (Kyle MacLachlan) body? We’re still waiting for some answers even after the revival.

The Sopranos might just have the most famous cliffhanger ending of them all. Of course, that doesn’t make the fans feel any better because they still have so many questions about what went down. The ending scene begins casually enough with Tony Soprano (James Gandolfini) sitting down at a diner with his family. However, nothing seems quite right. We’ll never know exactly what happened because the scene fades to black. Even after us pleading, Sopranos creators still won’t still the beans on what happened.

V is one of those TV shows that we’re still waiting for closure on. We had two seasons of built up drama between the humans and the Visitors. It looked like there was definitely going to be a war…we just didn’t get to see it. There were more alien spaceships coming but we’ll just have to imagine what happened when they actually did touch down… if they did.

HBO shows never fail to surprise us, but sometimes it’s for the wrong reasons. Take the Deadwood series finale. There was a lot of killing and cover ups and confusion, but it didn’t lead to a conclusion. In fact, it just led the way for there to be at least two more seasons to dissect what went on with George Hearst (Gerald McRaney), Trixie (Paula Malcomson), Sol Star (John Hawkes) and Seth Bullock (Timothy Olyphant).

How could you do this to us, Veronica Mars? After all we invested in you. The CW show suffered the tragedy of ending on an episode that wasn’t supposed to be its finale. The result? We had so many questions from the cliffhanger ending. What did Veronica Mars (Kristen Bell) do this time and can she get out of it? What makes it more intriguing is that there were seven minutes of footage that were cut to make the finale more ambiguous. How we would like to know what happened in even two of those minutes.

Remember Joan of Arcadia? We’re sure that you remember the ending. We thought that Joan (Amber Tamblyn) had enough to deal with already, but then we find out from God himself that Joan’s mission is much bigger as there are even larger threats that she has to deal with. It seems like things were just warming up, but we never got to see any of it. The finale left everyone hanging, save for the Lord Almighty.

If you had thoughts about the Buffy the Vampire Slayer finale, you most definitely had some opinions about Angel‘s last episode. It has been reported that Angel creator Joss Whedon didn’t know that season five would be the show’s last which meant that the finale we saw obviously wasn’t the one that was planned. It ended with Angel (David Boreanaz) and Co. getting surrounded and about to (hopefully?) kick some serious butt. The odds were definitely stacked against them, but if anyone could pull off surviving a situation like that it would be Angel and the gang. It’s too bad we didn’t get to see any of the action.

Moesha had six great seasons and fans expected more, but we didn’t get any. Instead, we had to make do with the season six finale giving us so many more questions. The series ended with a positive pregnancy test being found in Moesha Mitchell‘s (Brandy) dorm, leaving us to speculate whose it really was. Because that wasn’t enough drama, Myles Mitchell (Marcus T. Paulk) was also kidnapped by Dorian Long (Ray J). Literally, how dare they?!

Southland definitely didn’t go out quietly. If you thought that the crime drama would end with the cops retiring and enjoying cocktails by the lake, you were mistaken. John Cooper (Michael Cudlitz) basically went off the chain in the last episode and had us asking many questions about his character and the entire situation. Because that wasn’t enough, Officer Ben Sherman (Ben McKenzie)’s reputation totally changes.

My Name Is Earl

My Name Is Earl is another show that ended before producers were ready for it. As a result, the last episode ending up leaving one big fat question mark over our heads. The season four finale ended with a big “to be continued.” Unfairly, we never got any continuation. Out of all of the ways to end a TV show, this one has to sting the most.

Before Game of Thrones, Lena Headey starred as the title character in Terminator: The Sarah Connor Chronicles. The show began airing on FOX on 2009. Terminator fans were obviously invested in the story, but we never got to hear Sarah’s full tale. The show got canceled after season two, making the season finale the series finale. It left us desperately wanting more considering Sarah’s son John (Thomas Dekker) was in the future, but she was stuck in the present.

Carnivàle was one of those shows that we could have had so much more from. In fact, it has been reported that it was meant to be six seasons. Alas, we only got two of them with the show airing on HBO from 2003 to 2005. Because things were cut short by a third, we were also left with a lot of loose ends in the series finale. In fact, it actually made us ask more questions. The show concluded with a lot of characters in near-death situations, including Brother Justin Crowe (Clancy Brown) and Ben Hawkins (Nick Stahl) fighting.

Dallas was one of the shows that basically wrote the rule book on plot twists and glamorous drama. Viewers really should have expected that a show that pretty much turned an entire season null and void because of a shower scene would have a twist for its finale, and it did. There was a gunshot in the last episode of the show, but no one knew who shot it and whether J.R. Ewing (Larry Hagman) died. It’s where we got the famous quote, “Who shot J.R.?”

Before she was giving us cliffhangers on Desperate Housewives, Teri Hatcher was on ABC’s Lois & Clark: New Adventures of Superman. The show premiered in 1997 and ran for four seasons before wrapping up… well, sort of. If you spent most of the time wondering whether Lois (Hatcher) and Clark (Dean Cain) would have mini Superman babies, you got an answer in the last episode. However, it wasn’t one you were expecting. The couple end up finding a baby on their doorstep with a cape. And that was all we got.

Here’s another ABC show that left us hanging. The show definitely wasn’t your average TV program considering it was described as a “forensic fairy tale.” The ending we got supposedly wasn’t the one we were meant to get because the show got canceled earlier than anticipated. That meant we were left with one big cliffhanger of an ending. Show execs did say at the time the show was originally supposed to have a proper ending. Instead, we were left with Charlotte “Chuck” Charles (Anna Friel) telling her family she is still alive. Dot, dot, dot.

The Lying Game premiered in 2011 and it was on until 2013. There was a lot of drama that happened over the seasons, including some unresolved stuff. The show’s finale did actually answer some of our burning questions…then it gave us new ones. Has this all been some ploy of Alec Ryback’s (Adrian Pasdar) all along? What is really the deal with Alec and Rebecca Sewell (Charisma Carpenter)? Have we missed the clues all along?

We all know what happened in real life which impacted the ending of Zoey 101. Jamie-Lynn Spears discovered she was pregnant at 16 and the wrapped movie of season four ended up being the series finale. The show ended with Zoey Brooks (Spears) putting a message in a time capsule. Unfortunately, the show never revealed what the message was. Asking for a friend to help out here.

It’s hard to believe, but My So-Called Life actually only aired for one season. A lot happened in that short amount of time, but the show wrapped with us wanting more. The biggest issue is that we never got to see the love triangle between Jordan Catalano (Jared Leto), Angela Chase (Claire Danes) and Brian Krakow (Devon Gummersall) resolved. In fact, the episode actually made the love triangle more complicated thanks to a note and Angela’s last-minute decision. 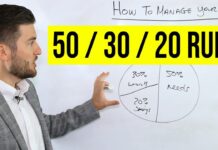 9 Easy Ways To Save Cash Each Month 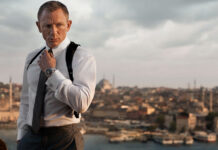 The 10 Greatest Movie Gentlemen, and What They Can Teach Us 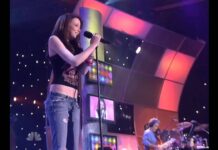 18 Actors Who Got Their Start On Reality TV 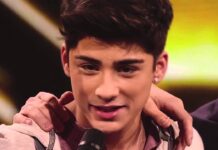 19 Amazing Musicians Who Got Their Start On A Reality Show 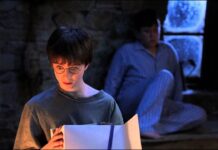 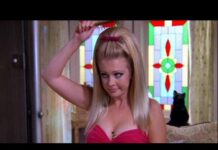 18 Reasons We All Want To Be Sabrina The Teenage Witch