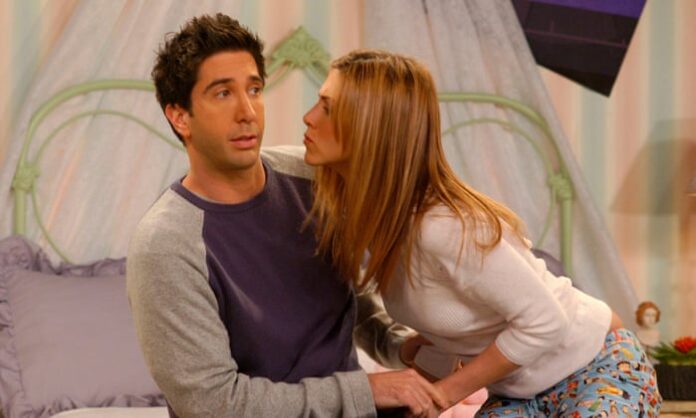 We’ve all gotten a little too invested in a fictional on-screen romance. Sometimes your OTP is endgame and they ride off into TV couple bliss together. But sometimes the totally wrong couple ends up together and ruins the whole damn show. While showrunners often try to please fans by getting their fave couples together, a few miss the mark.

When you pair your leading man with the least interesting part of his love triangle you’re asking for trouble. Same goes when you pair the leading lady with her douchiest option. They can’t all be Cory and Topanga, we know, but did they have to be this mismatched? Keep reading for TV couples that were better off alone!

1. Carrie Bradshaw and Mr. Big, Sex and the City

If you don’t think about it too much these two were a match made in heaven. He saved her after she got slapped! She fought for him over and over again! Oh, but wait, what about how crappy he treated her when they were together? Or when he LEFT HER AT THE ALTAR in the first film?! Carrie (Sarah Jessica Parker) had the perfect man in dreamy, handy man Aiden (John Corbett) and she threw it all away for a guy who was never emotionally available. Totally not the couple that should’ve ended up together.

2. Emma Nelson and Spinner Mason, Degrassi: The Next Generation

Cue massive eye roll. On a show that had every dramatic thing happen from stabbings to abortions, this was the craziest. These two characters barely interacted let alone dated, and after a drunken one night stand and elopment they’re suddenly soulmates?! Sure, whatever. Considering they both had seasons-long arcs with other people who fans assumed they’d end up with, this was a shocker. And not a good one. Almost too crazy for a show that redefined what crazy even was.

This was a truly odd pairing considering the two never paid much attention to each other until the last season of the show. After Ryan’s (Ben McKenzie) true love Marissa (Mischa Barton) died in a car accident the show kind of ran out of steam. Seth (Adam Brody) had Summer (Rachel Bilson) and god forbid Ryan end up alone at the end of the series. This pairing was just puzzling. Taylor was just a wee bit over-the-top and Ryan was basically made of stone, making these two as mismatched as could be. TV is the only place where opposites like this would remotely work.

SEE  16 Super-Famous Celebrities Accused Of Being In The Illuminati

Another just absolutely puzzling couple. Jackie (Mila Kunis) made her way around the entire group of friends before settling on Fez because, I guess, he was the only one left? After constantly berating him over the years suddenly she loved him and fans were not buying it. Another case of writers trying to tie up things a little too neatly, and make sure everyone is paired off. Tip for showrunners: it’s okay if someone ends up single at the end of the series.

Chris (James Marsden) was sweet and all, and he sure loved Liz (Tina Fey)… BUT I think we can all admit he was a bit of a loser. Liz Lemon is a queen and she deserves a king, and I’m not quite sure Criss wasn’t just another frog. He unsuccessfully ran a food truck and she supported his broke ass as she busted her ass in a career she loved. It’s never a bad thing for a woman to be more successful than her man, but Criss wasn’t even trying to advance in life. Plus, we’re all still mourning Liz and Floyd (Jason Sudeikis), okay?!

It wasn’t that Hank (Ray Romano) was bad for Sarah (Lauren Graham), per se, but that she gave up a much more compatible match for him. Mark (Jason Ritter) fought and sacrificed for Sarah at every turn and she just didn’t see it. Sure, the heart wants what it wants and Sarah wanted Hank. But that doesn’t mean we have to accept it.

Ross (David Schwimmer) and Rachel (Jennifer Aniston) are a fan favorite sitcom couple, but maybe they weren’t so right for each other? For one, they had totally different ideas of what cheating was in their relationship. While Ross thought they were “on a break” when he slept with another woman, Rachel immediately took it for cheating. When you aren’t on the same page with something as simple as infidelity, it’s not gonna work. Plus, Ross was so whiney. Rachel can (and often did) do soooo much better than that dweeb! Even though they got together in the series finale, I’m holding out hope they split up down the road.

When Willow’s (Alyson Hannigan) soulmate Tara (Amber Benson) died, Willow became a literally super-villain because she was so distraught. So it was a little unbelievable when so soon after Tara passed Willow became involved with someone else. It didn’t help that Kennedy (Iyari Limon) was super aggressive and totally took advantage of Willow when she was at her most vulnerable. Once again, showrunners, just because a character might end the series single doesn’t mean you have to pair her up with anyone that moves. Sometimes letting a character mourn and move on is better than some sloppy, ill-conceived romance.

Pro tip: if it doesn’t work out with your ex the first time, it’s probably not worth a second try. Ann (Rashida Jones) and Chris (Rob Lowe) did not work out the first time around. Chris is into exercise, healthy eating, and positivity. Ann is not. A few seasons later the couple ended up married, with a baby, and riding off into the sunset together. It seemed thrown together and frankly random. Ann wanted a baby and asked Chris to be the father — no strings attached. And then they ~fell in love~. In reality, their re-coupling probably had more to do with the actors who played them leaving the show at the same time. But still, it was lazy to send two beloved TV characters off by coupling them up and ignoring all the reasons they didn’t work to begin with.

These two fall in the sitcom trope of a goofy, underachiever and his nagging wife. Sometimes the “nagging wife” on TV shows still shows love and affection for her husband. But on King of Queens if felt like Carrie (Leah Remini) truly hated Doug (Kevin James). The two almost got divorced in the end after they realized how bad for each other they truly were. But they couldn’t even get that right and ended up back together with an adopted child and a kid on the way. And probably eternal unhappiness ahead.

We’re still reeling over the fact that Dan (Penn Badgley) ended up being Gossip Girl all along. But even more unbelievable is that Serena (Blake Lively) married him AFTER finding out about it. That the “love of her life” spread vicious rumors about her, tried to ruin all of her friends’ lives, and lied about everything all the time forever. Serena definitely deserved better than lonely boy and all his bullshit. Also, they were step-siblings at a time. Is that not odd?

I can hear the gasps of Gossip Girl fans everywhere, but hear me out on this one. These two had one of the most toxic relationships ever seen on TV. They played games with each other, were both completely emotionally unavailable, and remember that time Chuck (Ed Westwick) literally traded Blair (Leighton Meester) for a hotel?! They only got married so she couldn’t testify against him in court… Normal and healthy way to start a marriage for sure.

While these two weren’t technically exclusive the last we saw them in the Gilmore Girls universe, they are still involved. And it’s just kind of gross. Rory (Alexis Bledel) lets Logan (Matt Czuchry) string her along and call on her whenever he’s bored as she puts her own life on hold for him. Did we mention he’s engaged to someone else?
Rory has never been stupid — she went to Yale! — but she does not know how to pick a man. She keeps waiting for him to commit to her the way she’s committed to him, and it’s never going to happen. Jess (Milo Ventimiglia) on the other hand…

In the epic love triangle between Elena (Nina Dobrev) and the brothers Salvatore, she chose the most destructive brother. Damon (Ian Somerhalder) may have the brood down, but he also has the selfish antics down. He never thinks things through, he constantly ruins everything, and oh yeah, he killed Elena’s brother once. He brings out the worst in Elena and doesn’t have a considerate bone in his body. She definitely could’ve done better, like sweet, human Matt (Zach Roerig).

After all the years spent with Sookie (Anna Paquin) trying to decide between Alcide (Joe Manganiello), Bill (Stephen Moyer), and Eric (Alexander Skarsgard), she ends up with some complete random dude. What?! The TV show built up all of these emotional connections Sookie had with various men and then paired her off with someone who we never met or cared about. It made no sense, other than to show that Sookie could lead a normal life after her vampire trysts I guess. But, still. Fans wanted her to end up with their fave, and this ending was completely unsatisfying.

He was her teacher. When sh was a 16-year-old student. END OF STORY. This should never have been a thing. Fitz was basically a predator preying on this vulnerable teenage girl. Plus, he took advantage of their relationship to write a book about her missing BFF. It’s insane that the parents didn’t get more involved in separating these two or that her friends thought it was so ~romantic~ when they got married. A relationship based on lies is never going to work and after all these two have been through, they should stay far, far away from each other.

17. Robin Scherbatsky and Ted Moseby, How I Met Your Mother

UGHHHHH. This is one of the most infuriating couples that ending up together in all of TV. Ted (Josh Radnor) spends the entire series telling his kids how he met their mother and runs through a list of girlfriends and sexual conquests. So you know, normal things to tell your kids. He refers to Robin as “Aunt Robin” through the whole thing and eventually, in the final season, we meet “the mother.” She’s awesome and amazing and then, in the finale episode, we find out she dies.

Ted had always carried a flame for Robin (Cobie Smulders) and the two end up together, later in life. It basically takes the whole story he just told us for nine years and throws it in the trash. It ruins the idea that this story was about the kids’ mother and makes it an almost decade-long ode to how he messed it up with a girl and got back with her after his wife died. We’ll never forgive you, How I Met Your Mother, for one of the worst TV finales of all time.

How To Go With The Flow (& Actually Be Successful!)