How much is Trina worth?

Trina is a famous female hip hop rapper in America. She was born in Miami, Florida as Katrina Le’ Verne Taylor on December 3, 1978. Her father hailed from the Dominican Republic and her mother, the Bahamas. Growing up in the Liberty City neighborhood she graduated from Miami Northwestern Senior High. After graduation, she was focused on her career as a realtor, studying for her realtor license, but worked on her hip hop music on the side.

American rapper, singer, songwriter, and television personality Trina has an estimated net worth of $6 million dollars, as of 2023.

Trina is one of those rare artists whose career has been successful from the time they broke out in the industry. She has worked with many top hip hop artists collaborating to produce studio albums, like Missy Elliot for her second album. Not only is Trina a veteran of hip hop, since 2001, she has hosted and appeared in umpteen television shows from music award shows to even RuPaul’s Drag Race.

Often featuring with other hip hop stars or rappers, Trina has been able to release 5 successful albums during her career. As the mother of a young daughter, Trina must lead her life as an example for her child. She is in a happy relationship with her boyfriend, Raymond Taylor.

In 1998, Trina met an artist by the name of Trick Daddy. Trick Daddy was a local rapper from the dirty south who recognized Trina’s talents and asked her to feature in his track Nann Nigga. At this time Trina was just making her first appearances in the music industry when she was featured on Trick Daddy’s hit single titled Nann. This outstanding collaboration gave Trina a lot of exposure and the push to celebrity status in the process. Immediately after successfully creating and collaborating on her first project, Trina signed a deal with Slip-N-Slide Records.

With some experience in the music industry under her belt, she began to do her own thing and work on expanding her career alone. On March 7, 2000, Trina released her first album titled Da Baddest Bitch. To her surprise, fans loved it. She was able to sell 700,000 copies in the United States alone. With her two hits released: Da Baddest Bitch and Pull Over, she became very popular in the hip hop world.

Trina’s name was now being mentioned amongst the likes of Lil Kim, Foxy Brown, and Da Brat. Trina said of her first album that she was able to showcase who she was, how she felt, and what she thought, giving rise to one of the most outspoken female MCs who trailblazed the way for future female MCs of the genre.

Trina and her career were beginning to grow at a very fast pace. She was being talked about among top tier female rappers and the media and fans were loving her sound and image. Her first album sold 700,00 copies and reached the 33rd spot on The Billboard 200 charts. At this point in her career, Trina was too deep into the industry to think about giving up. She began broadening her horizon and collaborating with many well-known artists in the industry. With collaborative remixes like One Minute Man with Missy Elliot and What’s Your Fantasy with Ludacris, Trina’s popularity and fan base were increasing to superstar levels.

It was now time for a tour and Trina decided to spend the rest of the year touring the country. On August 27, 2002, after her tour, she released her second album, Diamond Princess. This album reached 14 on The Billboard 200 charts but didn’t make as many sales as her first album. Songs like No Panties and B R Right received a lot of play on major radio stations giving Trina a permanent spot as one of the top female rappers.

Trina has put in a lot of groundwork to get herself the recognition she has today. Known as one of the best female rappers in hip hop, Trina has come a long way from her realtor days. For the hip hop artist, finding her place in hip hop was not easy. There would always be someone younger and a fresher newer sound, but what Trina did for women of color was to give them a voice and the confidence through her provocative lyrics to be body confident long before the term body positive became a cultural battle cry for bootylicious women. “I’m very honest and open about my sexuality, being sensuous, being powerful as a woman,”  said Trina.

From the release of her first hip hop collaboration with Trick Daddy to her relaxing life as a TV star on the show Love and Hip Hop: Miami, Trina has become a star to remember and a force to reckon with. Women all over the world are inspired by her attitude to life and her skills and talent as a hip hop artist.

Ms. Katrina Taylor has set herself up for success with every chance she was given. The majority of her financial success comes from the collaborative work she has done with well-known artists in the industry. These collaborations have opened many doors for the realtor turned rapper, giving her a chance to reach a larger audience. Making top spots on the Billboard charts has also played a major role in Trina’s success. Also being a TV star and movie actress, appearing on Love and Hip Hop: Miami and starring in movies like The Cookout 2 and A Miami Tail, has made Trina a very familiar face in the entertainment business as well.

Trina married Raymond Taylor in 2017 and they remain together. In her personal life she has likely spent $1-2 million dollars of her career earnings but also earned $750,000 from her investments. She will have also had to pay around $1 million dollars in business related costs. Therefore, it is estimated that Trina has a net worth of about $6 million dollars.

Overall, Trina is a very talented woman. She has been successful in her career both as an actress and as a rapper. Paving the way for Miami girls of her era, Trina has beaten down the road of success for a girl from Miami. With the help of other artists along the way and her big bold attitude, Trina has reached veteran status in hip hop.

Her work shows how much of a dedicated woman she is and how hard she can work to make her dreams a reality. Known as the Diamond Princess, in recognition of the fact that she likes nice things, she is, however, not jealous of younger hip hop female artists. She does not get into spats with them but seems genuinely proud of their achievements. As Trick Daddy once said, “In Miami, we show everybody love”.

Outside of the music career, Trina has the responsibility of being a parent to her daughter and a spouse her boyfriend. With all her achievements gained so far, Trina will remain relevant to the public when discussing women of the music industry. Her movies and TV shows have been watched by millions of people all over the world. Women of different age groups look up to this woman for inspiration for their own careers. 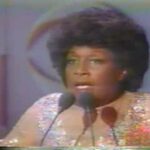 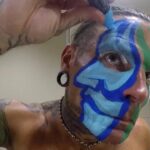