How much is Tracy Morgan worth?

Tracy James Morgan is an American actor and comedian. He was born in Brooklyn in 1968. His family was a large one. He is the second of five children. His mother was a homemaker. His father primarily worked as a musician, but he was also drafted and went to Vietnam as part of the reserve troops. That conflict made a lasting impression on his father, who became a heroin addict. His parents separated when Tracy Morgan was only six years old. His father would die soon after that due to complications arising from AIDS.

Tracy’s childhood was rough all around. Money was hard to come by. They lived in a rough neighborhood and he was constantly bullied growing up. To help his dying father he dropped out of high school. Soon after his father died he married his then-girlfriend and worked as a, as he puts it, “a semi-successful drug dealer”. He also started doing comedy on the side. One of his biggest early fans was a close friend of his who always pushed him to do comedy. After his friend was murdered, Tracy Morgan switched his whole attention and effort into a career in comedy. His biggest comedy heroes are Jackie Gleason, Carol Burnett, Eddy Murphy, and Richard Pryor.

How did Tracy Morgan get so rich?

Tracy Morgan honored the wishes of his dying friend and was soon becoming a successful stand-up act. He could even afford to finally move out of his run-down apartment and live in a nicer neighborhood. Soon he started going on TV auditions. A lot of people suggested that he had acting talent and that making connections in the show biz would help him improve his career, and maybe even help him record a stand up special or an album.

His first TV role was on one of the most successful TV shows at the time, Martin. Tracy Morgan played a Hustle man who would try to sell Martin and other characters from the show various “hood” items. He also had a pet dog who he dressed as a rapper. He was also in a movie with Chris Rock in 2003 called Head of State. As well as performed on various comedy sketch shows such as the Def Comedy Jam and Uptown Comedy Club.

His next big break would come when he finally joined Saturday Night Live. He and the now world-famous Stephen Colbert would be the finalist and Lorne Michaels would pick Tracy Morgan over Colbert. He would be a regular performer and writer on the show for 7 years. Some of his more famous characters which he created on the show were Brian Fellow and Astronaut Jones. He made a couple of guest appearances after he departed Saturday Night Live, the biggest example being 2013 when Jimmy Fallon hosted. Tracy Morgan himself hosted the show in 2015.

After Saturday Night Live he auditioned for a lot of things, but the project that really stuck was his role on 30 Rock. He played a character that was an exaggerated version of himself, named Tracy Jordan. The show ran for 7 seasons, and it is one of the most popular and most critically acclaimed shows of the last 30 years. It was on that show, 30 Rock that Tracy Morgan as an actor started to truly blossom. He grew in the eyes of both the public and the critics. The highlight of his time on 30 Rock was the nomination for the Best Outstanding Character in a Comedy Series. Sadly, Tracy Morgan did not win his first Emmy that year.

After the end of 30 Rock, he was involved in a lot of different projects. He tried to make his own sitcom, but it was canceled after just one season. He also appeared in a lot of films, but rarely as the star or protagonist. One of his early movie roles was as the Pumpkin Man in the Kevin Smith film Jay and Silent Bob Strike Back. Kevin Smith, the indie director-star whose career keeps hitting lows after lows now, gave Tracy Morgan his first-star role in his buddy cop movie, Cop Out. Tracy Morgan starred next to the big Hollywood icon Bruce Willis. The movie was a nightmare to shoot and it was a big flop commercially and critically.

In 2014 Morgan was a passenger in a minibus returning from a show in New Jersey, when it was struck from behind by a Walmart truck. The collision was devastating killing Morgan’s long time friend and collaborator, 62-year-old comedian James McNair. Tracey was badly injured with a broken leg and femur, broken nose, and several broken ribs, as well as suffered mental trauma. The resulting lawsuit brought against Walmart landed Tracy Morgan a $90 million dollar payout.

Just by watching a few scenes of Tracy Morgan in a TV show or a movie, he will win you over with his charm and his humor. Everyone around him growing up knew that he was hilarious. But, due to family circumstances and the place he grew up in, he lacked the opportunities and confidence to try. The wish of his murdered friend was to see Tracy Morgan do comedy, and once his friend died, Tracy just started regardless of opportunity. It turned out his friend was right. Tracy Morgan had immense comedic talent. His rise was quick. He became a stand-up star, something he never thought he could become. All he needed was a push in the right direction, a person who believed in him and in his talents.

We calculate Tracy Morgan is worth $55 million dollars in 2020.

A lot of people grow up in horrible circumstances. These circumstances rob them of a normal or average way of life and cause them to forfeit all the ambitions and goals that they had. Tracy Morgan could have been such a person. A high school dropout, with an unemployed mother and drug addict father he could have ended up dead or overdosed. But, he managed to make a name out of himself. With a bit of luck and belief by people who were close to him, he started on an amazing journey that brought him many great TV roles. He was on SNL, he was on 30 Rock, and if his health lets him, he will continue to make people laugh for many years to come. 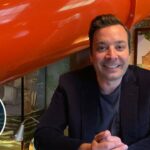 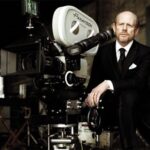