Boxing has produced some of the most violent athletes in the history of sports when it comes to fustigation, impact of bone on bone, call it what you will – knockouts appeal to the masses.

I guess this raw fascination lies deep within the human psyche, we just can’t resist liking a good knockout, as brutal as it sounds. When you see another human being rendered unconscious within the Marquess of Queensbury rules, it almost transports the viewer back into the world of gladiatorial days.When the rules of boxing were first drawn up I guess times were a lot simpler where skill was not as important and an ability to leave your opponent on the deck was more emphasized. It’s funny as we’ve developed as a human race, thing’s have not changed all the much = if we’re been honest with ourselves.

On that note, I’m going to take a walk back through memory lane on who I believe to be the most effective men in the sweet science who could take opponents out with that magic one punch, the equalizer, the ultimate truth – the quintessential knockout artist:

Pound for pound the most concussive individual who ever graced God’s green Earth in my opinion. He could knock a guy out on the back foot (a tell tale sign of a puncher) but when on the attack he was at his best. He came forward with hard to contend with head movement behind an intelligent jab that was followed by ruthless left hooks, uppercuts and straight rights. He seemed to paralyse his foes before they stepped inside the ring, a master at the art of skullduggery. A guy who was put on this planet for one reason and one reason only – to destruct, to terrorize, to decimate, a human wrecking ball if you will.

The original “Hitman” from the Kronk gym trained under hall of fame trainer Emanuel Steward. A guy who hit so hard that sparring partners were very hard to come by for him. He blasted his way through the welterweight division to reach acclaim during his reign. Perhaps the best example of his power was not by knocking someone out but when he was weight drained in the famous dual he had with Marvin Hagler when he still had enough to make Hagler claim afterwards that he had never been hit as hard in his career, a praise that not many men earned from the beast that was “Marvelous Marvin”.

A scary man from Venezuela taken from us way too early. I watched a documentary before on Valero and it became apparent to me how vicious and violent a puncher this man was. His sparring partners at the time (top Latin contenders) complained of pains in the arms and elbows from taking punches with big gloves on from this phenom. Oscar De La Hoya famously sent him home as a sparring partner in preparation for Manny Pacquiao due to his ferocity (with Oscar sporting a black eye the week of the fight courtesy of the Venezuelan).

An old school killing machine who fought all challengers and in most cases was out weighed, which never bothered him. If you look on YouTube probably the best exponent of his brutal power was when he broke the jaw of Max Schmeling, knocking the German down multiple times on route to the ref finally sparing his opponent from near certain critical damage. A man from poverty who translated his upbringing into violent consequences for his unfortunate adversaries.

Probably the toughest man on the list but in terms of punching power I think a lot of it was generated from advanced punching technique (for his time). He’s known for his big right hand which took many a good heavyweight contender out but I really liked how he turned his weight through his punches and to this day he represents an excellent example of how to correctly throw a punch. A man who stood up to all contenders and backed it up with an iron fist. Simply put the – “Brown Bomber”. 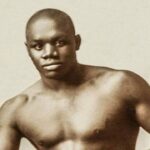 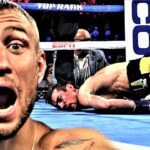