How much is Tony Hawk worth?

Tony Hawk is a professional skateboarder who has become world famous thanks to his successful series of video games, which has seen new releases for four generations of games consoles. The skateboarder has created many of the tricks that are now commonplace in halfpipes and his biggest accomplishment in the ramp is being the first ever skateboarder to successfully land the 900, and to this to he is one of only a few people who are able to do so.

After earning ten of millions of dollars in tournament prize winnings, he founded his own skateboarding brand, Birdhouse. Since 2019, from his company and endorsements. It is estimated that Tony Hawk has earned income equal to a salary of $20 million dollars per year.

American skateboarder and entrepreneur Tony Hawk has an estimated net worth of $100 million dollars, as of 2022. Hawk earned millions skateboarding from tournament prizes as a pro skater. Today he earns from Birdhouse and his Activision video game deal.

Hawk has been a professional skateboarder since the mid-80s and he has since become the most famous skateboarder of all time. Though Hawk could have been anything as he was told he was a genius at the age of 14 when he tested with an IQ of 144, he pressed on with skateboarding. His success in skateboarding even helped him to get roles and cameos in movies, and he was even a stunt double in movies that included skateboarding characters.

Not long after Hawk landed the 900 at the X Games, Activision released Tony Hawk’s Pro Skater, the first video game in a series of many with Hawk’s name attached to it. Though Hawk is a Skateboarder first and foremost, he was shopping around to work with a developer on a video game in the first place before signing with Activision. The game was a huge success and it spawned four sequels in the Pro Skater series, Tony Hawk’s American Wasteland, Tony Hawk’s Underground, Proving Ground, and many more, including ports of those games for handheld devices.

Though many thought the video game series had died after the release of the critically panned Tony Hawk’s Pro Skater 5, which was a subpar game that took advantage of the beloved ’Pro Skater’ name, the series was revived in 2020. As many developers are remaking their old games, as graphics and gameplay have come a long way in 20 years, Activision remade Pro Skater 1 & 2 from the ground up.

The game hit the nostalgia of every gamer out there and it has become one of the best selling games of the year. This is partly thanks to Hawk’s presence online and his hand in promoting the game, as he has taken part in dozens of interviews and even featured on tons of promotional videos on YouTube.

Though Hawk wasn’t always the titan of Skateboarding that he’s known as, as in the 1990s, popularity in skateboarding had waned and hawk claimed that he only spent $5 a day on Taco Bell at the time. But in the 80s, he was such a successful skateboarder at such a young age and he earned tens of millions of dollars in skateboarding tournament prizes. It’s thanks to his earnings at these competitions that he was able to purchase his first house at the age of 17.

After Skateboarding came back in to popularity in the late 90s, Hawk was back at the top of his game and his main income was coming from two different places. The skateboarder was earning huge monthly pay checks from his brand, Birdhouse, which had become more than just a household name in skateboarding. The company focuses on creating boards and accessories and it has become one of the most famous skateboarding brands in the world.

The other income Hawk has become accustomed to and the one that even he has claimed changed his life is his deal with Activision, the video game developer that the skateboarder has worked with for more than 20 years. The series has made an estimated $1.5 billion since the beginning of its run and is one of the highest grossing video game series of all time.

During the early editions of the video games in the height of the series’ popularity, Hawk was earning an estimated $6 million from royalties for the video games alone. Taking in to account all of the brand endorsements during competitions and his income from Birdhouse, the skateboarder would have been making tens of millions of dollars every year.

Hawk is massively committed to being the best, as it is reported that he turned to skateboarding after realizing that he was never going to be the best at baseball. He stuck to vert tricks and became the best at it from sheer hard work, and he has a history of hospital bills to prove it. Hawk has broken bones so many times trying to be the best, and most recently, even at the age of 51, he broke two of his fingers. But it’s that dedication that has helped him win more than 70 competitions in his competitive career and go on to invent tonnes of mainstay vert tricks.

In the early days of his career, his success could be drawn up to being at the right place at the right time, as Hawk’s rise to the top was synonymous with the extreme sport’s rise in popularity. But it could also be argued that the sport’s rise in popularity is thanks to skaters like Hawk who made it cool and exciting, as his charisma is what helped him become the face of the video game series instead of any other skater.

Hawk’s meteoric rise to the top of every competition is thanks to his dedication and hard work above all else, but it’s his name and face on the cover of hundreds of millions of physical copies of video games that has made his name synonymous with skateboarding. Owing to his work with Activision and his heavy involvement in the design and marketing of the game, Tony Hawk has amassed more wealth than any other skateboarder. Yes, even including businessman-skateboarder, Rob Dyrdek. As of 2022, Tony Hawk’s net worth is estimated to be about $100 million.

With the recent release and success of Tony Hawk’s Pro Skater 1+2, it’s likely that we’ll be hearing a lot more about the series with the announcement of a Pro Skater 3+4 remake imminent. 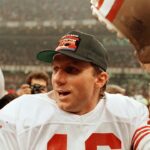 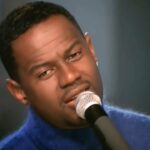