How much is Tony Bennett worth?

Who Is Tony Bennett

Tony Bennett was born Anthony Benedetto in Queens, New York City August 3, 1926. His family’s roots are in the Calabria region of Italy. Tony Bennett grew up as part of an impoverished family during the Great Depression. He began singing publicly as a child and became employed as a singing waiter. Tony Bennett was forced to drop out of school at the age of 16 to help support his family.

American singer of traditional pop standards, big band, show tunes, and jazz Tony Bennett has a net worth of $200 million dollars, as of 2021. He is also a painter and World War II Veteran.

Tony Bennett was drafted into the US Army in November 1944 and he saw front line combat as World War II was drawing to a close. After the war ended he remained stationed in Germany as part of the occupying force and did not return home until 1946. Upon his return to the US, Tony Bennett began studying music with support from the GI Bill. In 1949 Pearl Bailey became aware of his talent and invited him to open for her at a live show in New York City’s Greenwich Village. Bob Hope was invited to the show, and he decided to take Tony Bennett on a tour under the shortened name “Tony Bennett” instead of Anthony Benedetto. In 1950 he was signed to a contract with Columbia Records and his first major hit “Because Of You” reached #1 on the pop chart in 1951.

“I Left My Heart In San Francisco”

From the beginning Tony Bennett was known as a crooner and often sang accompanied by lush orchestral arrangements. He has focused his career on performing pop standards. Although the advent of rock and roll in the mid 1950s reduced the size of Tony Bennett’s audience, he remained popular. In the late 1950s he began recording jazz songs and expanded the range of material in his live repertoire. In 1962 Tony Bennett recorded “I Left My Heart In San Francisco” which would become his signature song. Although it only reached #19 on the Billboard Hot 100, the song remained on charts for a year and the album of the same name was a top 5 hit. Both album and single were certified gold. In 1963 “I Left My Heart In San Francisco” received the Grammy Award for Record of the Year.

In an effort to raise his commercial profile as the 1960s drew to an end, it was suggested that Tony Bennett record contemporary rock material. The effort was a failure, and soon he found himself without a recording contract. By the end of the 1970s Tony Bennett hit bottom and nearly died from a drug overdose. With the help of his son Danny Bennett as manager, he climbed back into the music business and in the 1980s he signed a contract again with Columbia Records. His first album under the new contract was 1986’s The Art Of Excellence which began his career renaissance.

Tony Bennett For a New Generation

In the late 1980s Tony Bennett began appearing on a wide range of TV shows gaining exposure with younger audiences. His 1992 album Perfectly Frank, an homage to Frank Sinatra, and 1993’s Steppin’ Out, a tribute to Fred Astaire, won Grammy Awards for Best Traditional Pop Vocal. The comeback was complete when Tony Bennett’s 1994 MTV Unplugged album took home a Grammy Award for Album of the Year. Career accolades began to come the way of Tony Bennett including a Lifetime Achievement Grammy Award in 2001.

To celebrate his 80th birthday in 2006 Tony Bennett released the album Duets: An American Classic. It featured new performances of songs he had previously recorded. However, this time they were performed live in the studio with a wide range of other prominent artists. The album reached #3 on the Billboard album chart, his highest charting album yet. Duets was ultimately certified platinum and won two Grammy Awards. Five years later in honor of his 85th birthday Tony Bennett recorded Duets II, a sequel to his previous success. This time he was rewarded with his first #1 hit album, and he became the oldest living artist to hit #1 on the chart. The album was the subject of a PBS TV special. Duets II won Tony Bennett’s 17th Grammy Award, his 11th for Best Traditional Pop Performance.

Tony Bennett was born Anthony Benedetto in New York City in 1926. He fought in the US Army in World War II, and decided to pursue a music career upon returning home. Tony Bennett was signed to Columbia Records by Mitch Miller in 1950. Pearl Bailey suggested that he shorten his given name to Tony Bennett. His first #1 pop hit was “Because Of You” in 1951. Tony Bennett continues recording today in his 80s. These are his 10 best signature recordings.

“Because Of You,” released in 1951, was Tony Bennett’s first #1 pop hit. It remained on top for 10 weeks. The song was written in 1940 and used in the 1951 film I Was An American Spy. “Because Of You” has a warmly nostalgic style of a bygone era. Tony Bennett recorded the song with k.d. lang for his album Duets.

It is difficult for the more recent duet versions of these signature songs to match Tony Bennett’s original versions. However, the swinging arrangement of “The Best Is Yet To Come” recorded with Diana Krall for the Duets album is stellar. The song was first introduced in 1962 on Tony Bennett’s I Left My Heart In San Francisco album.

“Rags To Riches” was written by Richard Adler and Jerry Ross and recorded and released by Tony Bennett in 1953. It went to #1 on the pop singles chart. The song became familiar to a new generation through its inclusion in the opening sequences of the 1990 film Goodfellas. Tony Bennett recorded “Rags to Riches” with Elton John for his album Duets.

“Smile” first appeared as an instrumental theme in Charlie Chaplin’s 1936 film Modern Times. English lyricists John Turner and Geoffrey Parsons added lyrics and a title to the song in 1954. Nat King Cole had the first hit with the song in 1954. Tony Bennett released his version of “Smile” in 1959 and had a minor hit with it. More recently, the song was recorded by Michael Jackson. Jermaine Jackson sang the song at the Michael Jackson memorial service. Tony Bennett recorded a duet with Barbra Streisand on the song for his album Duets.

“In the Middle Of an Island” is not a particular personal favorite of Tony Bennett’s, and he rarely performs it in concert. However, it was his last top 10 hit reaching #9 in 1957. It does represent a more uptempo, novelty oriented sound for Tony Bennett. It is a carefree, romantic tune. 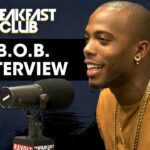