How much is Tony Beets worth?

Who Is Tony Beets

Tony Beets is a legendary Klondike gold miner and the feature of Discovery Channel’s Gold Rush. Born in Holland and raised on a farm in the country, beets worked his way up from milking cows to becoming one of the biggest miners in the region. He joined Gold Rush in the second season, and despite the heavy use of expletives and his difficult personality, fans of the show love watching him do his thing. In fact, many of the other drilling families in the area look up to Beets for advice and value his many years in the business. While his hard-headed personality and extensive knowledge of mining have helped him become successful, his company has a high employee turn over rate due to Tony’s rigid disposition. When Beets isn’t mining for gold in the harsh Yukon wilderness, he spends the off-season with his family at their home in Arizona. Tony and his wife Minnie have been together for more than thirty years and have four children together (Monica, Bianca, Mike, and Kevin).

How Did Tony Beets Get So Rich?

Most of Tony Beets’ wealth comes from the ownership and operation of several Yukon gold mines. He also owns the Schribner Creek and leases out the land. In addition to the money he makes from his businesses, Beets earns about $25,000 an episode from Discovery. His estimated net worth is $15 million and includes real estate holdings in Arizona.

Beets moved from the Netherlands in 1984 and settled in Dawson Creek, Canada. He worked several labor-intensive jobs (construction, machine operator, and on oil pipelines) before working his way top of the gold mining industry. He now owns Tamarack Mine and Paradise Hill (tamarack being one of the most successful mining operations in the Klondike) and is a regular cast member on Discovery Channel’s hit show, Gold Rush. While earning the majority of his celebrity status through the show, Beets garnered local notoriety before his first tv appearance as a result of his position as a leader in his industry.

Beets graced headlines and was brought up on charges relating to a stunt that he pulled on an episode of Gold Rush that aired in 2015. By allowing a subcontractor to pour gasoline on a dredge pond and setting it ablaze, Beets was in violation of the Yukon Waters Act. He was convicted in May of 2017 on charges of improperly disposing of waste and failing to report improper disposal, along with two counts of failing to comply with a water license. Mark Favron (Tamrock Subcontractor) testified that he asked Beets if it was OK to pour the fuel into the water and explained that he was giving the dredge, a “Viking baptism to change its luck.” He paid $31,000 in fines for the ill-advised stunt and remains in hot water with the Department of Energy, Mines and Resources.

After his father suffered a debilitating accident, Beets was forced to take control of the family farm, finding himself in the unique position of being responsible for men who were more than twice his age. The emphasis on hard work and strong values that were instilled during his formative years provided Beets with the motivation and resilience to go out and achieve success in one of the world’s most competitive industries. According to Beets, “there are three kinds of people in the world: those who make things happen, those who wait for things to happen, and those who wonder what the hell just happened”. Today, Beets owns one of the largest privately-owned gold mines in the Yukon and shows no signs of slowing down. Beets appeared on season 10 of Gold Rush, which aired in 2019, and is slated to be back when season 11 returns in October of this year.

Tony Beets is one of the last successful Gold Miners in the Klondike region and a star on Discovery’s hit show, Gold Rush. Despite his expletive-laced commentary, hard-headed personality, Beets is not only a seasoned mining professional, but he has also become a staple on the network since his appearance on season 2 and remains one of their most popular personalities. 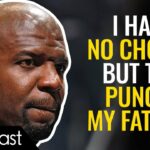 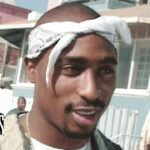