How much is Tommy Lee worth?

Tommy Lee, born Thomas Lee Bass, is a famous drummer. He’s most well known for founding heavy metal band Mötley Crüe, alongside Nikki Sixx in 1981. The band has become one of the most successful metal bands in history in part thanks to Lee’s influential stomping drumming. The band was succeeded by Lee’s second major project, Methods of Mayhem, which also broke grounds by injecting rap into metal, a genre that hadn’t had any breakthroughs in years.

Besides being a skillful drummer, Lee is also known for being hugely entertaining live, and being known for his rock and role lifestyle and high profile partners he has had in the past, including Pamela Anderson.

American musician and founding member of Mötley Crüe Tommy Lee has an estimated net worth of $55 million dollars, as of 2022.

Lee’s band that predates Motley Crue, Suite 19, had a residency in a club in Los Angeles in the 70’s. There were nights where Lee would perform with other huge bands that were also on the crux of fame including Van Helen.

The band’s debut album, Too Fast for Love, though it didn’t sell huge numbers, was still a success as it didn’t cost much to produce and the band put it out on their own independent record label, Leathür Records. Knowing that the band had potential to sell millions of records and sell out arenas, Electra signed the up and comers and throughout the 1980s the band released several chart topping records.

Throughout this time, the band leaned in to theatrical performances and became known for their lively and energetic live gigs. There were several tricks the band used, Lee specifically, that could come off as a novelty but nevertheless helped make the group a must-see live performance. These gimmicks included a spinning drum kit, playing on a platform over the crowd, and even mooning the audience, which went on to become a staple of every show.

Something that arguably got Lee as much attention as being a member of Motley Crue ever would, was starring in a sextape with his then partner, Pamela Anderson, in 1995. Though the tape was initially stolen from Lee’s house by a tradesman and then distributed online by Internet Entertainment Group, Lee eventually started making money from the tape as he settled with IEG and they began legally distributing it. It is unknown how much money Lee made from the settlement, but it’s sure to be a lot and it is the world’s first example of a leaked sextape.

After becoming a global icon and having multiple platinum releases under his belt, Lee became the subject of his own reality show, Tommy Lee Goes To College, which was aired on NBC in 2004. That wasn’t his only venture in to reality TV for the drummer, as he starred in Battleground Earth with fellow musician Ludacris.

Though Motley Crue had a reputation for the use of hard drugs and alcohol, it didn’t stop them from putting out some of the most iconic metal albums in history. Lee helped the band focus and put out Shout at the Devil in 1983, Theatre of Pain in 1985, Girls, Girls, Girls in 1987, and Dr. Feelgood in 1989. Each album performed better than the one before it, culminating in Dr. Feelgood selling over six million copies and becoming the band’s first and only number one record on the Billboard 200 albums chart.

As well as selling millions of records and performing in arenas, Lee also makes money from endorsement deals, most notably promoting DW Drums in the 80s and 90s, but it has been recently announced that the influential metal drummer will yet again work with the company and endorse its products for the foreseeable future.

The biggest financial success with the band came in 2004, when the drummer joined the band for a reunion and released a compilation album of all their hits called Red, White & Crue. The record went quadruple-platinum, sold more units than any of their proper albums ever did, and sparked a huge comeback tour that was even made in to a DVD. After the world tour, which was 81 shows long and their first tour in six years, the band had made a total of an estimated $33 million.

It was partially thanks to the MTV generation that Lee became as successful as he did. The band formed at the time MTV was becoming hugely popular and it became the perfect storm for Motley Crue. The band’s mainstream success began with their sophomore effort Shout at the Devil, and it became certified 4x platinum.

After this, they had found their groove and continued the sound of that record for the foreseeable future. The record wasn’t without controversy, as the album’s name and aesthetic caused a stir among parents, due to its satanic imagery. However, the controversy may have fanned the flames of the record’s success, spreading the word of the album and its music, even eventually getting an endorsement from the metal god himself, Ozzy Osborne. Thanks to the controversy, the band became an opening act for Osbourne’s Bark of the Moon tour in 1984.

It isn’t just his lean physique and perception from the aftermath of what happened with Pamela Anderson that helped him reach the wealth he now sits on. It is estimated that Tommy Lee has a net worth estimated to be $55 million, and that’s thanks to endless touring, several commercial hits, and current round of success thanks to the Netflix movie, The Dirt, based on the band’s biography of the same name. The band had even sold a massive one million tickets for a giant tour across 25 stadiums that was due to begin in June. 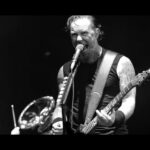 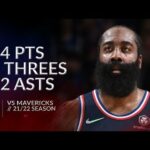