How much is Tom Selleck worth?

Whenever I’m commissioned to do a feature on an individual whose work in their profession has spanned two or more decades, I always find it interesting to examine how such people have maintained success over the course of so many years. This is especially noteworthy in show business, since trends can come and go in a matter or months or even weeks. How is it that some can endure and thrive over the course of generations of entertainment when public favor can be so fleeting and fickle?

Actor Tom Selleck’s beginning in show biz dates all the way back to 1965, when at twenty two he guested on a hit gameshow called “The Dating Game.” At the time, he was enrolled in college as a student at USC, and was convinced by the university’s drama coach to give acting a shot. While Selleck definitely caught the acting bug, it so happened that the war in Vietnam was full tilt at the same time, and he decided to enlist in the California Army National Guard in support, a post he served from 1967 to 1973.

American actor Tom Selleck has an estimated net worth of $50 million dollars, as of 2023. Selleck is a member of the National Rifle Association (NRA), a former member of the California Army National Guard, a co-founder of the Character Counts! group, and a spokesperson for the NRA.

At the halfway point of Selleck’s military service, he did manage to land occasional bit roles in movies, including his debut in 1970 in “Myra Breckinridge”, which also included Raquel Welch, Mae West, John Huston and Farrah Fawcett. Upon his discharge from the national guard, Selleck would spend the remainder of the 1970s finding steady television and film roles, but he had yet to find more prominent success. The turn of a new decade, however, would find Selleck in position to land a network tv show on CBS. It was a crime drama called “Magnum, P.I.” in which Tom would play lead character Thomas Magnum, a retired Navy SEAL who had taken up a private investigation business in Hawaii.

Selleck’s rugged good looks, athleticism and renegade attitude served the role perfectly, and his wardrobe of Hawaiian shirts and Detroit Tigers ball cap(Selleck was born in Detroit) would become signature trademarks of the show and Selleck himself. The show was a hit, at one point being the third ranked show of the year and consistently in the top twenty during its first five seasons. Selleck was nominated for an Emmy in the lead actor category five times, and won the award in 1984. The show lasted eight seasons, which is considered a very good run in American television. Upon its cancellation, Selleck would find himself at a crossroad in his career.

At the height of “Magnum, P.I.”s popularity, Selleck’s salary reached $500,000 per episode. Selleck had gained national recognition and accolades for the show, but he also understood that no tv series lasts forever, and in the final years of the show he proved to be quite the astute tactician in marketing his personal brand.

From his debut in “Myra Breckinridge” to the end of “Magnum”, a span of eighteen years, Selleck had tallied fourteen movie roles to his credit. But it would be one role just a year before the tv series finished that would provide the stepping stone to the second phase of his career. In 1987, Tom accepted a role in a quirky comedy movie titled “Three Men and a Baby.” Selleck joined Ted Danson and Steve Guttenberg in the lead role of the tale of three bachelors who find themselves in the predicament of having to raise the baby that was dropped at their doorstep. The movie was a huge hit, taking in $240 million at the box office.

The success of “Three Men and a Baby” opened a new door for Selleck just as the “Magnum” door was about to close. He spent the 1990s and 2000s with regular work in movies and television. Over his many years in acting, he’s also had many spots in commercials and advertisements, and holds a substantial amount of real estate. At one point, he even found time to be a minority owner of the Detroit Tigers baseball team. At present, Selleck’s net worth is in the neighborhood of $45 million!

While it might be true that Selleck’s looks never hurt him, people have also been drawn to his work for his authenticity. He plays the honest, hard working man of moral standing in many of his roles, and he’s genuinely believable because his work reflects his personal life in that way. The fact that he’s found constant work as a pitchman on commercials is also a testament to that fact.

But we’re not finished just yet. By 2010, a full forty five(!) years into his acting career, Selleck once again found himself turning a new leaf when he was cast in another police drama on CBS, this one being called “Blue Bloods.” Tom has played commissioner of the NYPD since the outset of the show, which has enjoyed a very impressive run to present day. His ability to cross generational, cultural and social divides over such a long period of time has rewarded him through all the many phases of his career.

Tom Selleck’s career has now reached fifty seven years and counting. Throughout, he’s managed to seamlessly transition through all facets and mediums of acting, from tv to film to reliable ad-man. He’s done drama, suspense and comedy, all while continuing to remind us of his charm and genuine nature. He’s one of a very few that, depending on one’s age, you might know him from “Blue Bloods” even if you never heard of or seen “Magnum, P.I.”

When the legacy of athletes is debated, one of the most vital aspects in determining their historical place is not only how good they were, but also how long were they that good? The same can apply to music groups or singers, or really any profession where accomplishments are up for inexact debate. The same holds true for actors, and the fact that Selleck is so highly recognized after all these years is undeniably a hall of fame worthy achievement! 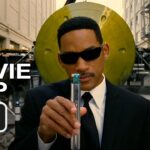 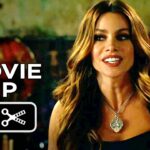