How much is Tom Sandoval worth?

Tom Sandoval is an American actor, model, and social media personality. He gained popularity after his appearance in numerous films and television series, with the most notable being Behind Your Eyes, The Pit and The Pendulum. His film debut came in the 2008 comedy Playing with Fire.

In the 2010s, he attained mainstream recognition when he joined the cast of Vanderpump Rules. Since then, he has made sporadic appearances on well-known realities such as The Real Housewives of Beverly Hills, Watch What Happens Live, and, most recently, Southern Charm.

American actor Tom Sandoval has an estimated net worth of $1.5 million dollars, as of 2023. Sandoval attained mainstream recognition when he joined the cast of “Vanderpump Rules”.

He was born on July 7, 1983, in St. Louis, Missouri to Anthony and Terri Sandoval. He belongs to a Mexican-American ethnicity and has an older brother named Brian. During his childhood, he developed an interest in acting and took part in several acting classes. He graduated from the Hazelwood West High School in 2002 and immediately after that began chasing a career in the entertainment business.

In the early 2000s, during his twenties, Tom became a model. He starred in numerous campaigns and commercials, especially for clothes and food products. Thanks to his charisma, good looks, and unique personality, he was able to land deals with local agencies such as Barbizon, XO Talent, Model Machine, and Talent Plus to name a few. He then moved to Los Angeles to further pursue a modeling career and found a lot more success. Almost immediately after his move, he began working with one of the biggest modeling agencies in Los Angeles.

Around the same time Tom Sandoval was finding success in the modeling world, he received several acting opportunities. In 2002, he took part in two of Bon Jovi’s music videos – Misunderstood and All About Loving You. A few years later, he made his television debut in the series The Hills, and while he earned only a small amount, he was on his way to becoming a successful professional actor.

Towards the late 2000s and early 2010s, he began starring in a lot more films and television series. His film debut came in the 2008 thriller Playing with Fire. The following year, he starred in by far his most successful films to date – The Pit and The Pendulum and Alien Presence. In 2013, after dating Kristen Doute for a few years, he met Ariana Madix who became his cast-mate on the Bravo reality series Vanderpump Rules.

Both Tom and Ariana first appeared on the show in January 2013 and have been co-starring ever since.

In the mid-2010s, Tom landed roles in several films that had commercial success – The Other Two, Dying for a Baby, The Wrong Real Estate Agent. Most recently, he also participated in the films Scare Us and Young Again. He also graced the covers of popular magazines such as GQ, Los Angeles Magazine, and US Magazine among many others. Tom Sandoval currently has a net worth estimated to be $1.5 million. Vanderpump Rules still airs and Tom is still very much apart of the cast.

Tom Sandoval has earned most of his wealth appearing as himself. Shows like The Real Housewives of Beverly Hills where he appeared from 2012-2014 and Bravo After Hours with Carrie Keagan made him recognizable. These appearances helped Sandoval get cast cast on Vanderpump Rules because he fit what they were looking for and was already a familiar face.

For the first two seasons of Vanderpump Rules he earned only $38,000. Once he proved that he was adding value to the show his salary was increased to $15,000 per episode from season three. Now, having appeared in 109 episodes, it has been reported that he earns $25,000 per episode. When that arrangement was reached appears to be from the seventh season onwards.

Season one and season two have a combined 27 episodes, for this Sandoval was paid a reported $38,000. From season three to the end of season six, there were 94 episodes and Sandoval was paid $15,000 per episode, making his earnings from those seasons a total of $1.41 million. For seasons seven, eight and nine Sandoval has been being paid $25,000 per episode resulting in total earnings from those three seasons, at $1.625 million. That is from a total of 65 episodes. Tom Sandoval’s lifetime earnings from his appearances in Vanderpump Rules (2013-2022) therefore has been, $3.073 million.

Sandoval’s other appearances have earned somewhat negligible amounts when being offset against his normal spending habits and other expenditure. For example he has had starring roles in Scare US, The Wrong Real Estate Agent, and Dying For A Baby and a total of 16 acting credits, plus his modeling work, that may have earned him close to $750,000 after tax. However it is likely that Sandoval has spent that and more since the year 2000. He will have also had to pay agent and management fees.

To work out his net worth, it is mostly a case of subtracting tax from about $2.9 million earnings from Vanderpump Rules which is likely around 36% making his after tax income at $1.86 million, having paid $1.04. Tom Sandoval is estimated to have a net worth at or around $1.5 million.

Immediately after his debut on the Bravo television series, where he serves as the bartender at the SUR restaurant, he gained thousands of followers online. Concurrently with his many appearances on Vanderpump Rules, Sandoval has also had sporadic appearances on other television realities such as The Real Housewives of Beverly Hills, The Playboy Morning Show, Vanderpump Rules The After Show, and Hollywood Medium.

Tom Sandoval is a multi-talented actor and model that has graced the covers of a large number of magazines in the United States. The social media mogul, who now has obtained millions of followers from around the globe, began his career in the entertainment business during the early 2000s.

Just two decades later, he has an estimated net worth of $1.5 million, mainly from his participation in the reality series Vanderpump Rules. The Bravo series, which became one of the most-watched programs on the Bravo network, helped Sandoval gain a lot more exposure. Soon, he began receiving more acting opportunities and took part in many films and television series. 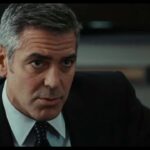