How much is Tom Joyner worth?

Tom Joyner, whose full name is Thomas Joyner, is an American actor, producer, and radio host. During his career, he has starred in a few television films and series and reality programs such as Living Single, Passions, Ebony/Jet Showcase, and African American Lives. He also gained national popularity with his radio program The Tom Joyner Morning Show and academic company The Tom Joyner Foundation.

Tom Joyner became famous when he began working on the radio. He was born on November 23, 1949, in Tuskegee, Alabama to Hercules and Frances Joyner. His family worked in the education field, with his grandfather, Oscar, being one of the first 3,000 black physicians in the United States. Tom has a brother, Albert, with whom he attended the Tuskegee Institute (which is now known as the Tuskegee University).

American retired radio host Tom Joyner has an estimated net worth of $40 million dollars, as of 2023. Joyner is the former host of the nationally syndicated The Tom Joyner Morning Show.

During his time in the Tuskegee University, he was part of the Omega Psi Phi fraternity. In the 1960s, he pursued a music career and joined a band called The Commodores, which included his college friend Lionel Richie. Eventually, the group disbanded as they were unable to find commercial success. After he graduated from the university and earned himself a degree in sociology, he focused his attention on broadcasting. He was offered several jobs in local radio stations, which eventually helped him kick start his broadcasting career.

Signing with ABC Radio and working in many radio stations helped the host become rich. In the late 1970s, just after his graduation, he began working in a number of radio stations based in Alabama, Memphis, and St. Louis. Eventually, he moved to the Chicago area where he began working for WVON doing a morning show, from which he earned an estimated $20,000 annually. That’s the equivalent of around $90,000 in 2022 dollars after adjusting for inflation.

In 1985, Joyner was offered two positions, one for an afternoon show as part of the WGCI-FM radio show in Chicago and one for a morning show at the KKDA-FM radio show in Dallas. Almost 10 years later, he was offered a contract with the well-known ABC Radio Networks, where he began hosting disown nationally syndicated program – The Tom Joyner Morning Show. Besides himself, the radio show features a team of commentators and comedians that report and discuss the latest sports and news of the day. By the end of the century, Tom Joyner was already earning an estimated $1 million thanks to his syndicated radio program. That’s about $1.7 million today.

While working on the radio show, Tom Joyner began appearing a lot more on television. His first appearances on television were in the series Ebony / Jet Showcase from 1982. He then continuously appeared in television specials such as the annual Soul Train Awards, NAACP Image Awards, and Gospel Music Awards. In the 2000s, he starred in the television films and series Living Single, Santa, Baby!, and Eve. He also became a series regular in the series Passions.

In 2005, thanks to the commercial triumph of his eponymous radio show, Tom Joyner landed his own television series. The comedy/variety show, in which Joyner used his sketch comedy skills in front of live audience, aired from October 2005 to May 2006 and amassed more than 3 million viewers.

Over the last decade Tom Joyner has really hit his note and his earnings have skyrocketed.

The actor and producer is successful because of his many occupations. Concurrently with hosting the radio program, Tom Joyner also founded several companies and foundations – Reach Media Inc. and The Tom Joyner Foundations.

Ever since 1998, the foundation, which supports historically black universities and colleges, has raised more than $70 million to help students enrolled in various institutions. Among some of the popular scholarships that they have awarded are The Hercules Scholarship and Full Ride Scholarship.

Tom Joyner married Donna Richardson in 2000 and they divorced twelve years later, in 2012. It is likely that Donna received around $15-20 million dollars as part of a divorce settlement. In his personal life he has likely spent $6-7 million dollars of his career earnings but also earned $10-11 million dollars from his investments. He will have also had to pay around $2-3 million dollars in business related costs. Therefore, it is estimated that Tom Joyner has a net worth of about $40 million dollars.

Tom Joyner is a well-known face on radio and television. The radio superstar’s career in the entertainment business began in the 1970s just after he graduated from the Tuskegee University. Since then, he has appeared in multiple television productions and has earned a net worth estimated to be $40 million. Apart from the millions that he earned from his radio and television shows, the actor and producer is also a BET and NAACP Image Award winner. 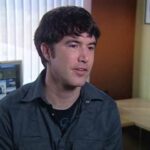 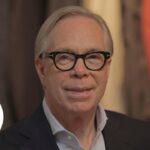