How much is Tom Holland worth?

Tom Holland, the son of Dominic Holland, a comedian in the UK, is a young English actor who was thrust into stardom at just 20 years old after landing the role of a lifetime – being cast as Spider-Man. Working alongside the likes of Robert Downey Jr., this once in a lifetime role has opened up multitudes of opportunities for him. Including the ability to not only choose between dream projects, but also pitch ideas in the industry himself.

He has 3 younger brothers, twins named Harry Holland and Sam Holland and youngest brother Paddy Holland. Tom Holland is not to be confused with the famous horror writer/director Tom Holland, of Fright Night (1985) and Child’s Play (1988).

At just 12 years old, Tom Holland played the leading role in the Billy Elliot The Musical on the West End (2005). He was cast for the role as on stage because he reminded Stephen Daldry of Billy Elliot (2000) star, Jamie Bell. “My mom thought I could dance because I used to dance to this Janet Jackson song she’d play when I was a baby. Then she would take me to a Saturday dance school. I used to go every week and got spotted by a scout, who suggested I audition for the role of Billy in ‘Billy Elliot the Musical.,” Holland has said.

Not long after Holland went on to shoot The Impossible (2012) alongside Ewan McGregor and Naomi Watts. It was rumored that he was going to be nominated for an Academy Award for the role, and at this point the actor was just 16 years old. The following year he doubled down and starred in two movies, How I Live Now (2013) with Saoirse Ronan, and Locke (2013) with Tom Hardy.

When being cast as Spider-Man, it came down to the fact that Holland had the best chemistry with Iron-Man actor, Robert Downey Jr., who would have a prominent role in Holland’s first appearance in a Marvel movie, Captain America: Civil War, and the follow-up, Spider-Man: Homecoming.

“Peter Parker is probably the most relatable superhero – maybe ever – because he goes through something that basically everyone has to go through. Whether it’s puberty or talking to girls or doing homework, he does it in such a human way. That’s why he’s such a beloved character: because so many people can relate to him,” Holland has said.

Like Garfield, Holland was a huge fan of Spider-Man growing up. He has said that playing the role in the Marvel Cinematic Universe was a dream come true for him.

Holland also appeared in Avengers: Infinity War (2018) and Avengers: Endgame (2019), for which he earned an estimated $2-3 million dollars a piece. When in 2019 he appeared for the fourth time as Spider-Man in a live action film for the fourth time, he broke Tobey Maguire’s record of three times.

Holland originally became known in the UK for his roles of Billy Elliot in the Musical at the Victoria Palace Theatre, London, and aboard for starring alongside Naomi Watts and Ewan McGregor, in the The Impossible (2012). For his role of Lucas he won the Hollywood Spotlight Award, as well as of the National Board of Review’s award in the “Breakthrough Actor” category. He was also featured in Screen International’s “UK Stars of Tomorrow – 2012” and in Variety’s “Youth Impact Report 2012”.

At first, it wasn’t a question of who would play Spider-Man in the cinematic universe, but if Spider-Man would be in the Marvel Cinematic Universe at all, as it was beginning to look like Sony and Disney couldn’t come to an agreement over the rights. It was the forces of destiny perhaps that the two studios set aside their differences, as the role of Spider-Man has become extremely lucrative.

Tom Holland’s introduction to the Marvel Cinematic Universe began with Captain America: Civil War (2016) and with a check for the sum of $250,000, it wasn’t a bad pay day for the 19 year old at the time. Holland isn’t in the movie much, all he had to do was act in a couple of scenes and record some over-dubs. After that, Holland played Spider-Man in four more MCU movies, with more to come, and the checks keep getting bigger and bigger, $500,000 on the frontend for Homecoming and another $1.5 million on the backend. Then an estimated $4-6 million for Avengers: Infinity War and Avengers: : Endgame (2019).

The role fit Holland perfectly and he played it well. He actually had to drop out of Jumanji: Welcome to the Jungle (2017) because there were filming conflicts with Spider-Man: Homecoming (2017), Nick Jonas was cast in his place.

The roles were great for Holland, of course, and I am sure Marvel also salivated at the opportunity to pay so little for such a star actor. Especially for movies that earn more than small countries. Together the three movies earned close to $4 billion, which is about the same as the GDP for Somalia.

While Holland may never in his wildest dreams imagined that one day he would become Spider-Man, in the Marvel Cinematic Universe no less. Holland was well trained for it. He is a trained acrobat and gymnast, which is why he does many of his own stunts in movies alongside his doubles.

On the last day of filming The Lost City of Z (2016) he broke his nose. Then he broke his nose again during the first week of filming Chaos Walking (2021). This time, when a stuntman punched him in the face while filming a fight scene. He also passed out on camera when he had to hold his breath underwater!

Based on his previous training and acting experience, Holland is being cast for more action and adventure parts. He was cast as the lead in Uncharted (2022) and earned $2 million acting alongside co-star Mark Wahlberg, who was probably getting paid $10 million, but why not? Holland is paving his way to earning much more money later in his career and it is not abnormal for actors to accept lead roles for that kind of paycheck, at this stage in their careers. In fact studios and others who have to work out and are responsible for the finances of the movie, look for exactly that.

Young, talented actors who may not be so well known now, but will be in the future, and can be booked for a smaller paycheck than their already established contemporaries. It should work out well for all involved so long as the actor gives it their all, and when you book Tom Holland – that is exactly what you get.

Holland’s portrayal of Nathan Drake was solid as he goes on an Indiana Jones type adventure. It is actually based on the video-game franchise of the same name, and it seems that Holland is pitching that there be sequels and that he play the lead role over a long period of time. There are four primary Uncharted console games currently in the series. However, some fans of the video-game franchise are skeptical Holland can pull off the role of Nathan Drake, as Nate is much older, and by the end of the franchise, is in his late 50s.

Whatever the future holds for Holland, with his go-getter attitude and genuinely entertaining performances, his net worth is sure to grow. He is not only about that however and wants to be a good role model using his platform as Spider-Man, and other roles, to positively influence children.

Holland beat out a huge list of actors, which is reported to be over 1000. A shortlist of six actors were all in the similar age bracket as Holland, Timothée Chalamet, Charlie Plummer, Judah Lewis, Matt Lintz, and Charlie Rowe, known for The Golden Compass. But it was Holland that took the edge due to his bond with Downey and his background in theater and dance, as playing the web-slinger would obviously require the actor to be nimble.

After scoring more great roles in the small time he had between the tight shooting schedule of the Marvel Cinematic Universe, Holland’s most recent project is the Pixar animation Onward in which he stars alongside his Avengers companion, Chris Pratt. Though Holland’s baby-face isn’t visible, his voice is instantly recognizable.

Holland is considered to have become most famous after appearing alongside Robert Patterson in The Devil All the Time (2020) as Cherry, in Cherry (2021) and after sharing the stage once again with Zendaya in Spider-Man: No Way Home (2021). Holland is known to be very good friends with Zendaya.

Within in the next couple of years, we are going to see Holland’s profile grow exponentially. Holland has personally explained he has big plans, and showed an interest in doing more franchises, which sent fans in to a frenzy speculating which franchises would he do. Two of those franchises he may have already started, such as the aforementioned Uncharted movie, and Chaos Walking, the Doug Liman directed sci-fi movie adaptation of The Knife of Never Letting Go, which is the first novel of a trilogy. 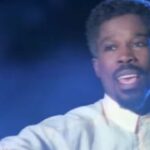 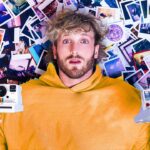